Emily is a student who currently attends the eighth grade at St. Mary Magdalen Catholic School in Altamonte Springs. She recently became a Bat Mitzvah (daughter of commandment) at Congregation Beth Am in Longwood. 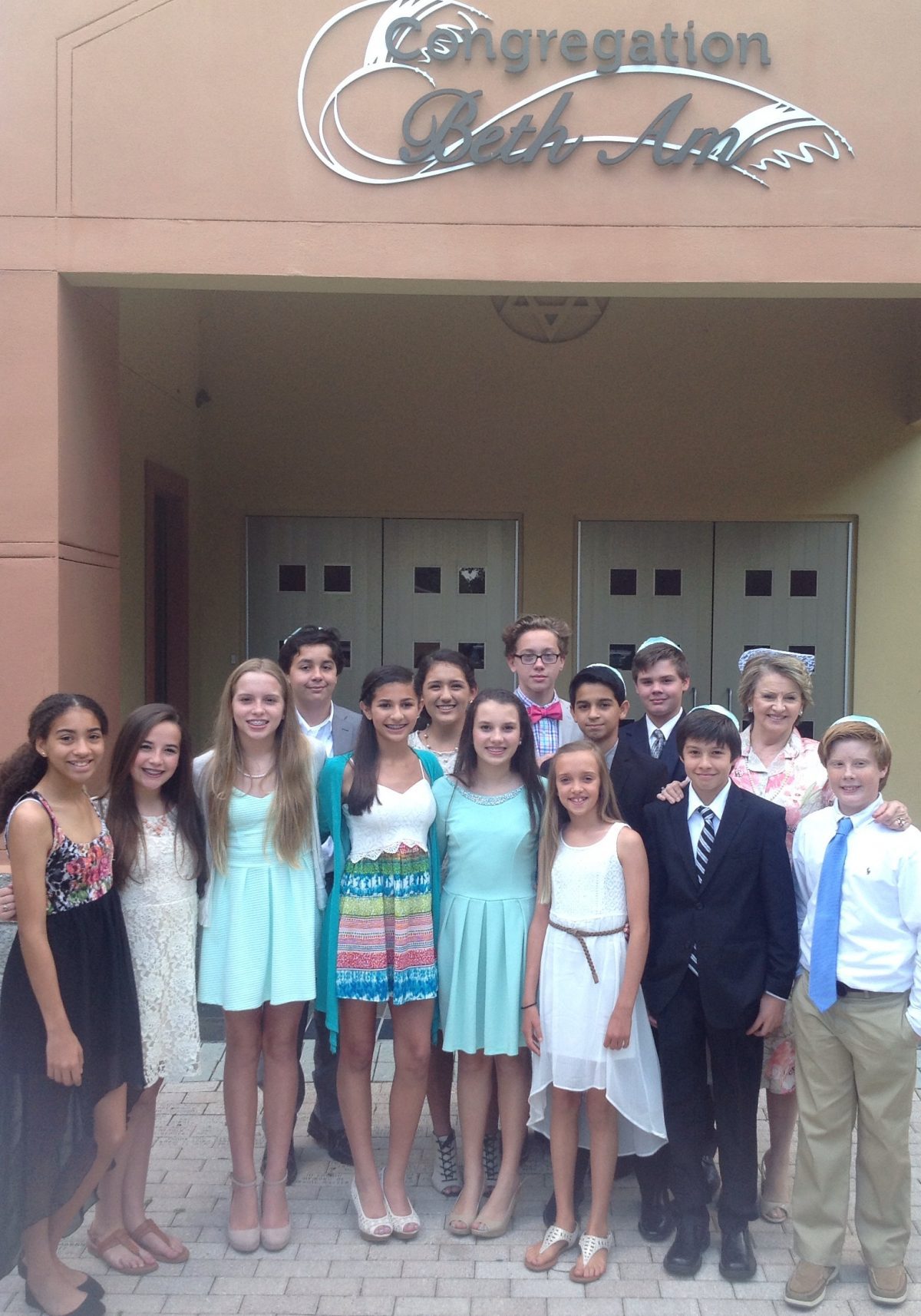 When a child of Jewish faith reaches the age of twelve, he or she holds a very special event to celebrate their religious maturity called a Bar or Bat Mitzvah.

Seventh grade students from St. Mary Magdalen had never experienced such an exceptional Jewish ceremony and were honored in being invited to do so. One of the requirements during the ceremony is the assignment of a prophet. Emily chose Ezekiel, a prophet of Old Testament. We studied the Prophet Ezekiel during our Religion class as sixth graders.

On May 9, 2015, we witnessed how Emily was required to learn Haftara, a Torah portion, and many other Jewish prayers; which needed to be recited in Hebrew. In fact, Emily spoke fluent Hebrew for the majority of the service.

I asked Emily how long ago she began training to become a Bat Mitzvah. “I started to develop my Jewish faith when attending the Jewish Academy of Orlando in elementary school, but my official training started in the 5th grade, a year before coming to St. Mary Magdalen School.”

Lastly, I asked Emily what did she feel when she saw all her Catholic friends from St. Mary Magdalen Catholic school attend her special event. Her answer was both humbling and sincere.

“I felt very supported and cared about when I saw all of you, because I was insecure at first. Insecure about whether or not I would be accepted for my faith.”