A promise to St. Joseph fulfilled 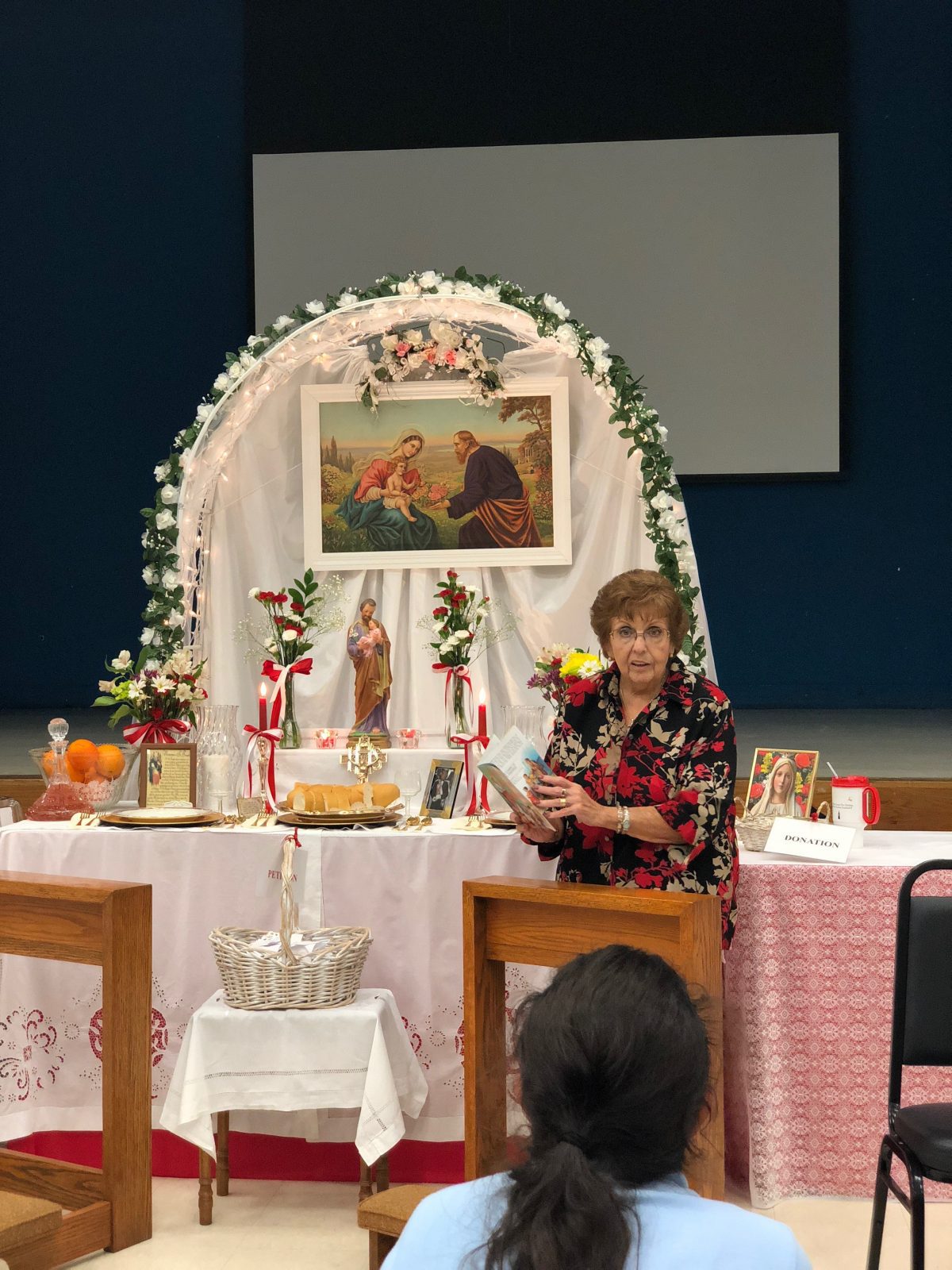 On March 19, members and students of the Saint Joseph Catholic School community in Palm Bay gathered for a celebration of Mass to honor the feast day of Saint Joseph. In addition to a Mass, the community also honored Saint Joseph with an altar made by parishioner Gloria Ferrante. Although this altar is humble in appearance, there is a wonderful story that goes along with it.

In the year 1985, Mrs. Ferrante visited Italy to celebrate her 20th wedding anniversary. While there, she was in search of her grandmother Lauren Iacobellis’ house. Mrs. Ferrante traveled to Grumo, a town in southern Italy. Arriving at the home, she realized it was not vacant. A man lived there, but kindly allowed her to come inside. It was then that she noticed there was an altar to Saint Joseph.  The man explained he had made a promise that year to honor Saint Joseph’s feast day if his sick baby son would live. His son did live; therefore, he fulfilled his promise.

Soon after, Mrs. Ferrante had a similar story. Her son Joseph was a junior in high school and did not want to stay in school. Mrs. Ferrante stated, “I prayed to Saint Joseph very hard that my son would finish high school.” Her son graduated the next year and is now fifty years old. To thank Saint Joseph, she created an altar for him, which she still makes until this day “with the help of friends and family” to celebrate the saint’s feast day.

In 2002, Father Bob Hoeffner gave Mrs. Ferrante permission to come to Saint Joseph Catholic School and display the altar. The altar Mrs. Ferrante displays every year has many valuable artifacts. In the center, there is a picture of Mary, Joseph, and Jesus. This picture was given to Mrs. Ferrante’s grandparents at their wedding almost over 116 years ago. On top of the altar is a statue of Saint Joseph Mrs. Ferrante gave her son during his senior year of high school. All the cloth on the altar was hand made by her great-grandmother, Aurora Servedio, who sent it to America with her oldest grandchild. This cloth was then passed down to ancestors, Mrs. Ferrante’s godmother, and then to Mrs. Ferrante herself.

Mrs. Ferrante is a beautiful example of fulfilling promises to saints and Jesus Christ. Her affection for Saint Joseph shows her determination to get her son through high school. Mrs. Ferrante is inspiring in the fact that she puts others above herself, but most importantly, she puts Christ above all.