A win for Sacred Heart at the Tortugas game 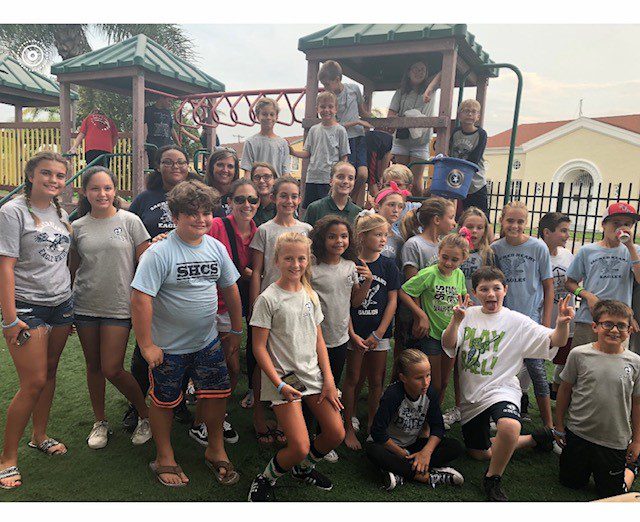 August 2018 is a busy time for all schools in the Diocese of Orlando. One of the kick off events was the Catholic Schools Tortugas Night game, the minor league baseball team based in Daytona Beach, Florida. The team plays in the Florida State League (FSL). It was a very proud day for Sacred Heart Catholic School because three students represented the school very well. Sixth-grader, Erin C., and a fellow Ace Reporter, sang the National Anthem; Jesse B., a fourth-grader, threw out the first pitch; and Tristan B., another sixth-grader, said the two magic words: “Play ball!”

“It was scary at first, but it was worth it in the end,” said Erin C. of singing before the large crowd.

The game was a great opportunity for new and former students to get to know one another and catch up on their summer. Some students go to the Tortugas game each year, almost like a tradition. Everyone who attends says great things about the event. At Sacred Heart, if students went to the game and wore their school spirit shirt, they received a dress down pass and could use it any day, except for Mass day.

Overall, students and teachers think that this is one of the best events for parents, teachers, and students to get to learn more about each other and have fun knowing that the Daytona Tortugas can play ball!