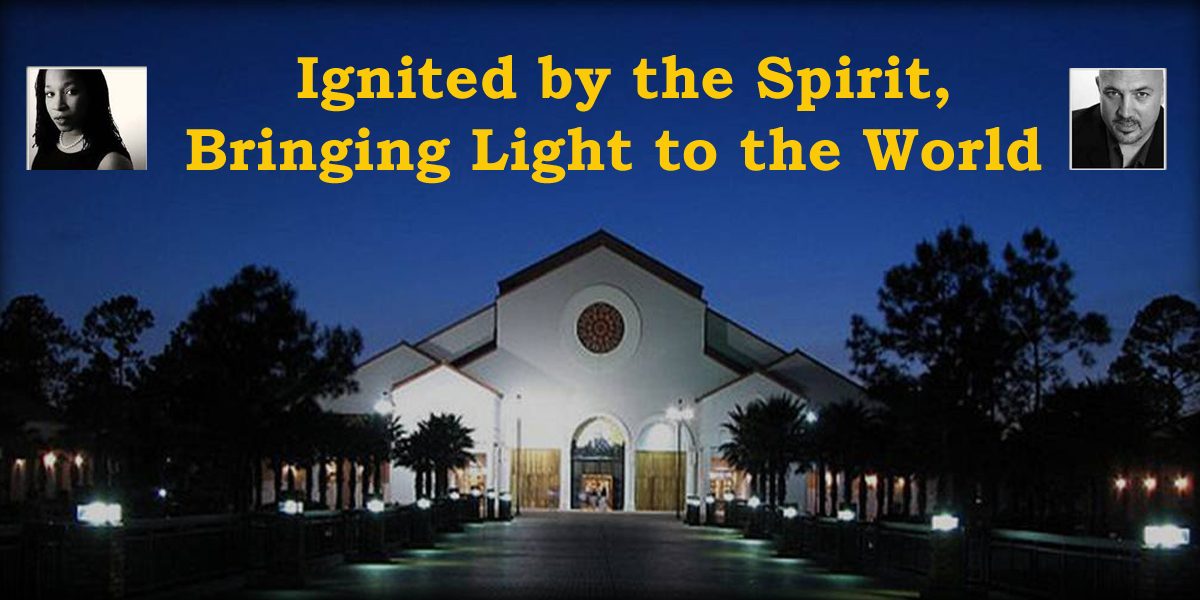 A free concert titled, “Ignited by the Spirit, Bringing Light to the World,” presented by ValLimar Jansen and John Angotti, will be held on Wednesday, April 8 at 7:30 p.m. at the Basilica of the National Shrine of Mary, Queen of the Universe, Orlando.

This concert will be an uplifting and spiritual experience for all. It is offered in conjunction with the National Catholic Educators Association conference which will be held in Orlando from April 7-9. The concert is open to conference attendees, their families, and the general public.

Both performers will offer dynamic and moving selections of faith-filled music that is sure to ignite the spirit to all in attendance. Their biographies include:

ValLimar Jansen is blessed with an extraordinary voice and is a highly regarded singer, cantor and recording artist. She is also a college professor, a leader of worship and prayer and a workshop presenter at conferences across the United States. Known especially for her work with gospel, contemporary Christian and gospel-jazz styles, she sings a wide range of music, including spirituals and traditional, organ-based choral music.

John Angotti is a full time music missionary who travels throughout the world providing inspirational music and witness to all ages through concerts, workshops, retreats, missions, conferences, and worship. John has won numerous awards including, “Male Vocalist of the Year,” “Pop/Contemporary,” and “Praise and Worship Album of the Year” from the United Catholic Music and Video Association. His powerful voice and writing style includes contemporary rock, pop, and Latin rhythms, along with the ability to give new life to traditional classics in chant and classical genres.

This event is sponsored by Catholic Relief Services, Catapult Learning, and Three W.

The Basilica of the National Shrine of Mary, Queen of the Universe is located at 8300 Vineland Avenue, Orlando and is visible from I-4 next to the Orlando Vineland Premium Outlets.

This concert is free and open to the public but registration is required. For more information and to register logon to http://concertatthebasilica.eventbrite.com/