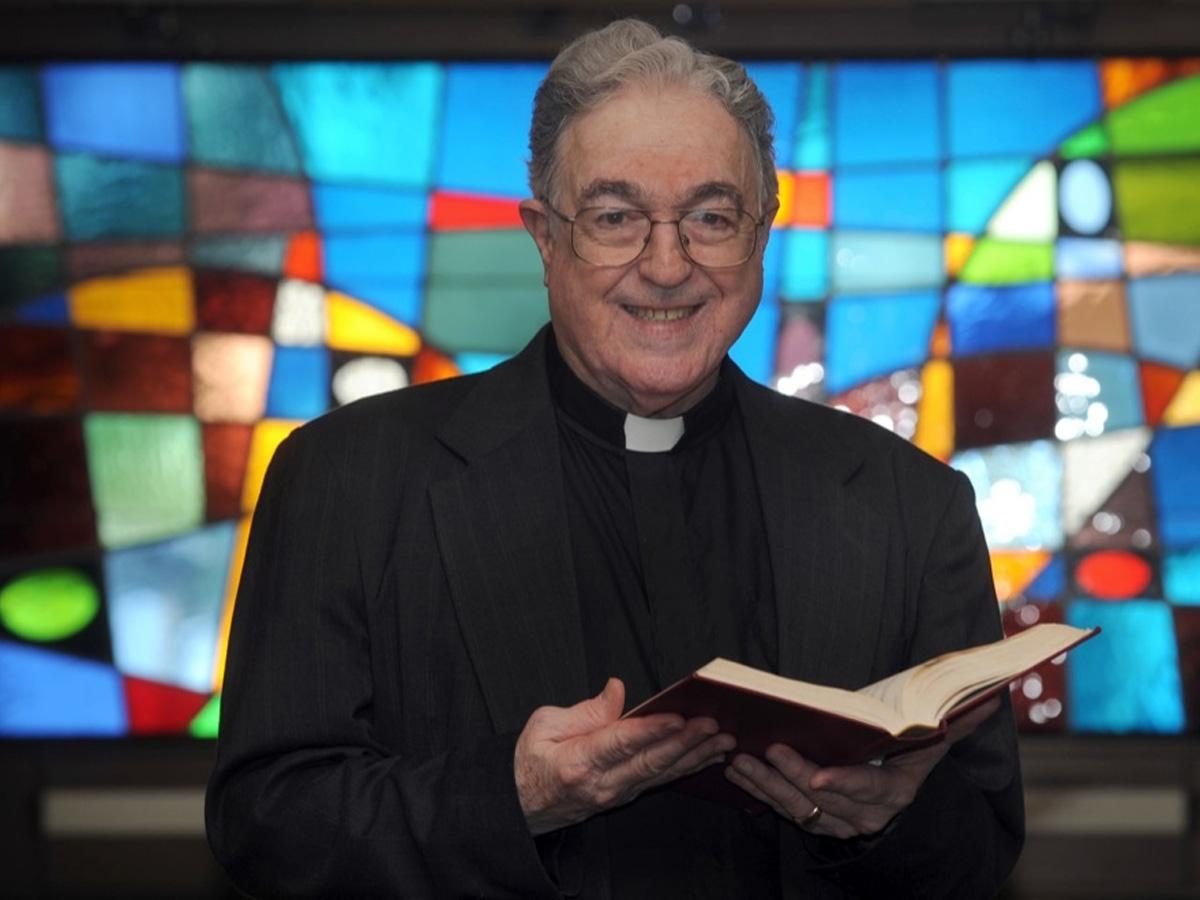 On Easter Monday, Father Domingo Gonzalez of Resurrection Catholic Church went home to be with God. He led most of the weekly school Masses and had a special relationship with the students at our parish school. I spoke with middle school teacher Lisha Fletcher as well as with fellow student and frequent altar server Robert.

Lisha Fletcher knew Father Gonzalez as a wonderful person. She said, “Father Gonzalez was a kind-hearted man and a gentle, intelligent priest, and I thought that his funeral Mass was a true celebration of his life and the new life he will live.”

During the school Mass each Wednesday, Father Gonzalez would carry a bag of prizes with him and hand them out to students that correctly answered his questions about our faith. These gifts might include a prayer book, rosary, or a small Bible. It was a great way to involve the students in Mass.

Robert recalled his favorite story that took place during a school Mass. “I was altar serving for a school Mass and, as usual, Father Gonzalez was carrying the bag of prizes. He asked a question regarding a description of one of the seven deadly sins. The deadly sin he was looking for was pride. While he was walking down the aisle, trying to figure out which out of the couple hundred frantically waving hands to call on, he unfortunately tripped. After we had helped him up, he waited until someone had correctly answered the question and then made a joke about how tripping had rid him of his own pride. This showed how Father Gonzalez was such an amazing person; he was so humble and kind, he could make jokes at his own expense instead of at others’.”

I had a chance to serve with Father Gonzalez on multiple occasions, as well. He was always kind and had a gentle way of helping me remember a step that I may have forgotten from being nervous.  One of things I personally will miss is Father’s “Johnny stories”, as we all called them, which were stories from his past that would teach us life lessons.

Robert summed up thoughts of Father Gonzalez perfectly, and I believe speaks for anyone who knew Father when he said, “Father Gonzalez was dear to all of us. It was fitting that he went home to Jesus on Easter Monday, the day after the Resurrection. We all were sad when he went, but God calls all of us home for a reason, and though we don’t know why God called him, we do know that he left plenty of good memories and that he wouldn’t want us to be sad for him— he’d want us to be happy and rejoice, so let’s do exactly that.”

We will miss you Father Gonzalez, but we are happy for you… because you are now home.