ORLANDO – Blessed Trinity Parish, which is celebrating its 50th Anniversary this year, is nestled among the neighborhoods on Anderson Road, where orange groves once stood. 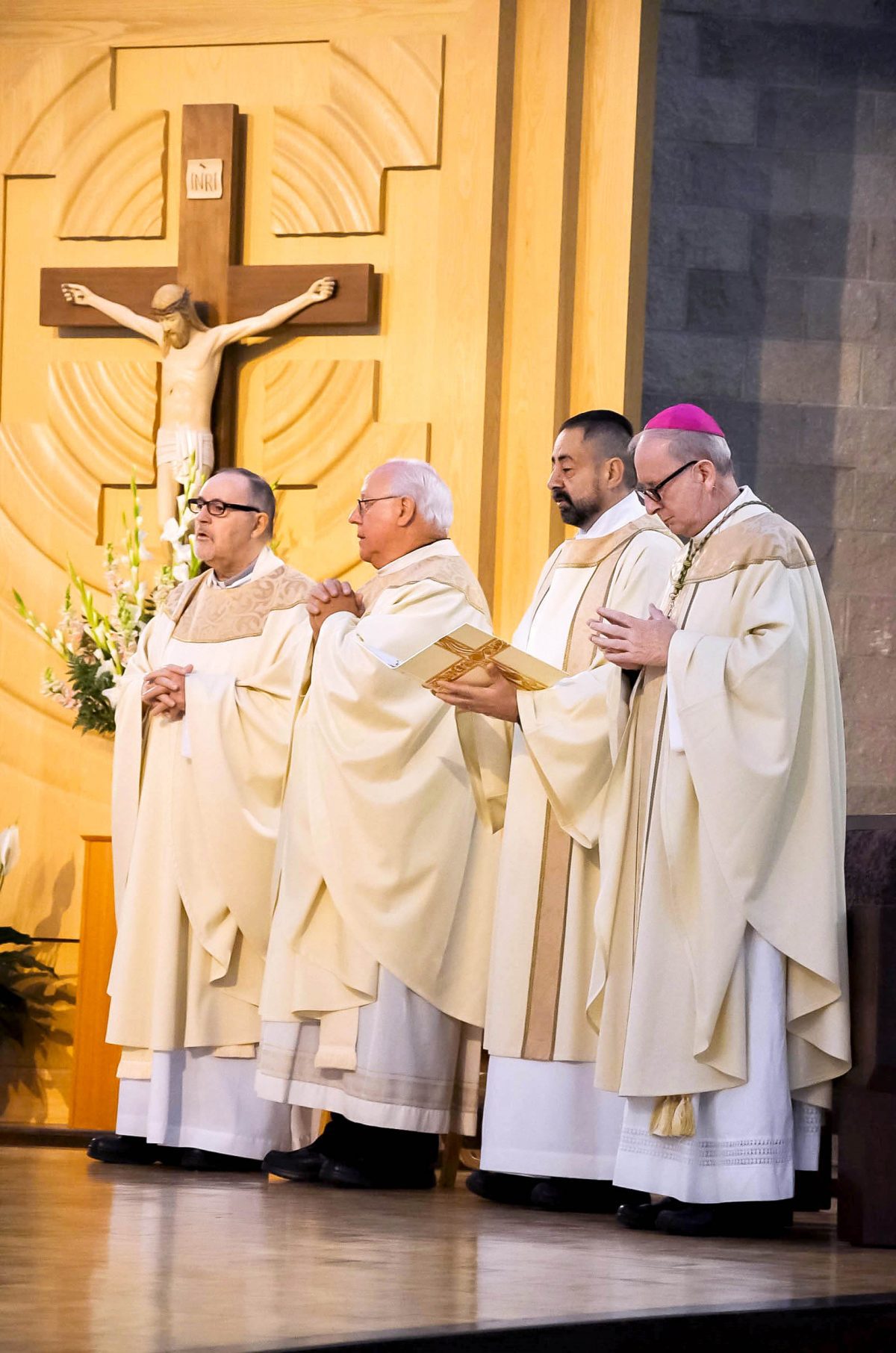 Carolyn Tresnan moved to Orlando 52 years ago and joined Blessed Trinity when it was still a mission, and Mass was celebrated at Conway Elementary School. Tresnan, who serves as a lector for the church, parish council member and 50th anniversary committee member, recalls working with many of parishioners over the years, who helped make the church a reality.

“A lot of people that built this place are not here anymore,” she said. “We were working with them to get to this. It’s a good example of what disciples are supposed to do.”

The church has been holding monthly celebrations to commemorate its 50th Anniversary, and on May, 22, the Feast of the Holy Trinity, Bishop John Noonan celebrated Mass to observe the milestone.

“Blessed Trinity has become a very special place where you encounter God,” Bishop Noonan said. “The Holy Spirit transforms us in a mission to serve God and our brothers and sisters. We are Christians and followers of Jesus Christ. We are called to serve and bring forth Jesus Christ. For 50 years, you have served the Lord, and we pray that God will bless us.”

Bishop Noonan recalled some of the history that took place in the early 60s at the time when Blessed Trinity was coming to fruition. Between 1963 and 1965, 9,000 new houses were being built in the area. Lyndon B. Johnson was president, gas cost .32 cents per gallon, and the average house cost $14,000. People were watching the Sound of Music at the movies and listening to the Monkees, Beatles and Good Vibrations by the Beach Boys.

In 1965, Archbishop Hurley named the parish, Blessed Trinity, and in early 1966 he appointed the first Pastor, Msgr. Terrell F. Solana who celebrated the first Mass of the new parish at the Conway public school . Later in 1966 Father John Caulfield became pastor, who also served as principal at Bishop Moore Catholic High School. On Trinity Sunday of 1967, Father Caulfield broke ground for the first church, where he played a pivotal role in its formation. Its rectory, known as the White House, is now named after him. The first Mass in the new church building was celebrated on Christmas Eve in 1967. 1991 began a new era for Blessed Trinity when the Congregation of the Missionaries of Our Lady of La Salette assumed ministerial responsibility for the parish. The La Salettes, who had been ministering at Good Shepherd parish, had communicated with Bishop Grady as early as 1987 that they were very interested in serving an additional parish. The first La Salette pastor was Father Hector LaChapelle, M.S. and the parochial vicar was Father Norman Farland, M.S. In 2005, the old church was modified into parish offices, and a new church was dedicated by Bishop Thomas Wenski on Dec. 17. In February 2011, a new welcome center was built that included a chapel and meeting rooms.

Father Roland Nadeau, pastor, said it was fitting to celebrate the Feast of the Trinity and the church’s anniversary as it signifies 50 years of faith and life shared there.

Immediately following the Mass, Bishop Noonan blessed a bronze statue in memory of the unborn and the youth ministry provided brunch. The Knights of Columbus donated the statue, which was as a gift for the church’s 50th anniversary. It depicts Jesus holding a baby with the words. “I will never forget you. See, upon the palms of my hands I have written your name,” Isaiah 49:15-16.

John Ligas, who is the director of the pro-life committee with the Knights of Columbus, has been a member of the parish for 30 years. Ligas, who is now 85, said the church has had many children baptized, confirmed and married there.

“I believe Blessed Trinity is the living Body of Christ. It’s very community-oriented here,” said Ligas, whose children’s children have been baptized at the church. “It’s like any other anniversary. It’s an anniversary of joy and remembrance.”