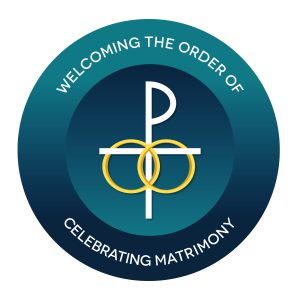 Welcoming the Order of Celebrating Matrimony

On February 2, 2016, Archbishop Joseph Kurtz, president of the USCCB, issued a Decree of Publication for the English translation of the Order of Celebrating Matrimony. He wrote that this ritual text “may be published and used in the Liturgy as of September 8, 2016, the Feast of the Nativity of the Blessed Virgin Mary, and its use is mandatory as of December 30, 2016, the Feast of the Holy Family of Jesus, Mary, and Joseph. From that day forward, no other English edition of the Order of Celebrating Matrimony may be used in the dioceses of the United States.” The Spanish language edition of this rite, Ritual del Matrimonio, had already been published by the USCCB in 2010.

Once again, the Federation of Diocesan Liturgical Commissions and the BCDW Secretariat Staff will team up to offer formation on the revised rite. Workshops have been strategically scheduled in regions across the country and the FDLC has prepared materials for liturgical catechesis. The workshops are intended for priests, deacons, parish musicians, and diocesan leaders who actively prepare couples for marriage and for the celebration of Matrimony.

The workshop for FDLC Region XIV will be held in Orlando on Tuesday, August 2, 2016 at Sts. Peter and Paul, Winter Park. The day-long workshop will combine the very best of liturgical theology and pastoral practice and will cover such topics as:

… and more with time for discussion and questions.

The cost of the workshop is $55 per person and includes continental breakfast, lunch, workshop materials, and presenter fees. Register online by clicking here.