“What unites us is greater than what divides us.”

All are welcome and encouraged to participate in the prayer service titled: “Common Prayer: Catholic-Lutheran Common Commemoration of the Reformation.” Catholics and Lutherans are called to witness together to the mercy of God in proclamation and service to the world. 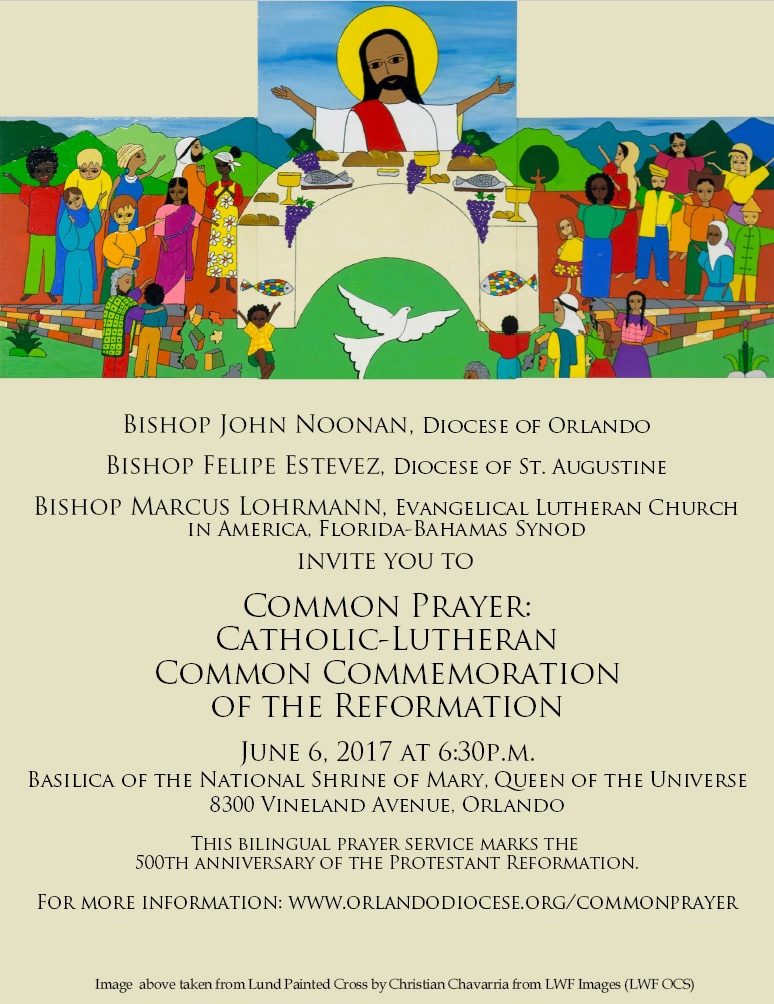 Pope’s message during Week of Prayer for Christian Unity delivered on Jan. 19, 2017

Resources from the USCCB

Message of John Paul II To The Participants In The Plenary Assembly of The Pontifical Council for Promoting Christian Unity “the movement promoting Christian unity is not just some sort of “appendix’ which is added to the Church’s traditional activity. Rather, ecumenism is an organic part of her life and work” (ibid., n. 20).

Vatican II and the Ecumenical Movement