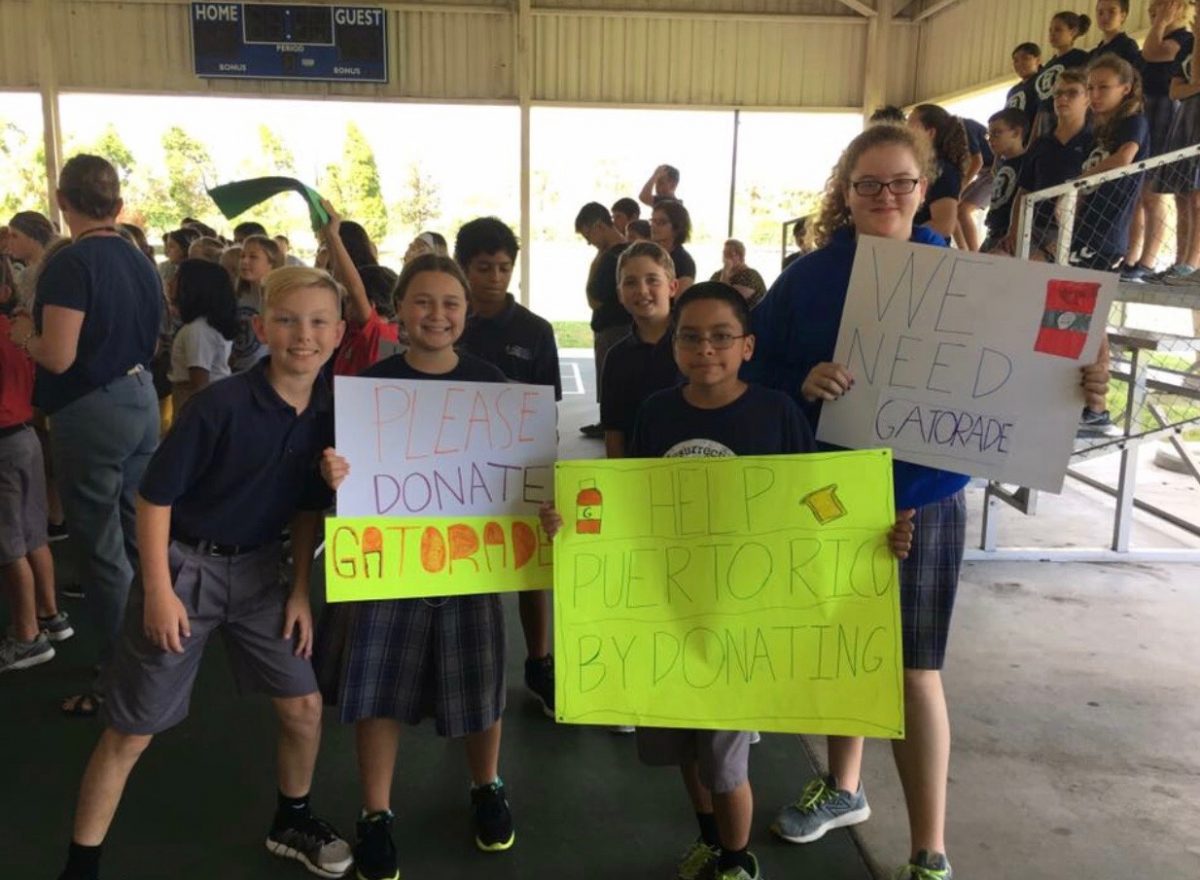 In September of this year, Florida residents experienced a catastrophic hurricane, Irma. It was hard to witness this tragedy that caused so much damage and devastation. The full force of the hurricane plowed over the Caribbean Islands. The Florida Keys were devastated. All of Florida was affected by Hurricane Irma and Lakeland took a direct hit. As scary and horrible as he storm was, there was one thing that came out of it that was very uplifting: a strong sense of community.

Floridians, and even those from out of state, volunteered their time and effort to help those affected by the storm. It meant a lot to those that needed help. Assistance came in many different ways, whether it was repairing rooftops, providing a place to cool off (provided there was still power), donating food and water, or just giving encouragement. It was truly remarkable to see the kindness shown to one another in times of such trouble and hardship.

Soon after Irma, Hurricane Maria hit Puerto Rico. The Diocese of Orlando and Catholic Charities of Central Florida responded to Puerto Rico’s struggle with a Mass of Solidarity at the Basilica of the National Shrine of Mary, Queen of the Universe in Orlando where supplies were collected and sent to Puerto Rico. Local schools and churches also contributed in various areas. Personal hygiene items along with non-perishables such as canned meats, canned vegetables, rice, water, Gatorade, hand sanitizer, baby formula, diapers, and other items were gathered.

Besides basic humanitarian support, pastoral support was also  provided to those in need. In addition, students at Resurrection Catholic School are working with teachers to start a Pen Pal program with students in Puerto Rico. There is value to being able to communicate directly with other students in another part of the world on whatever topics are important to them. The hope is that starting this program, on the heels of these devastating hurricanes, will help students in Puerto Rico realize that they are in our hearts and prayers.

Helping communities in need is one of the core principles of the Catholic community. Service can inspire a fresh start, give someone a new beginning, or re-energize an entire community. Each of us is called to leave a lasting impact by doing good.