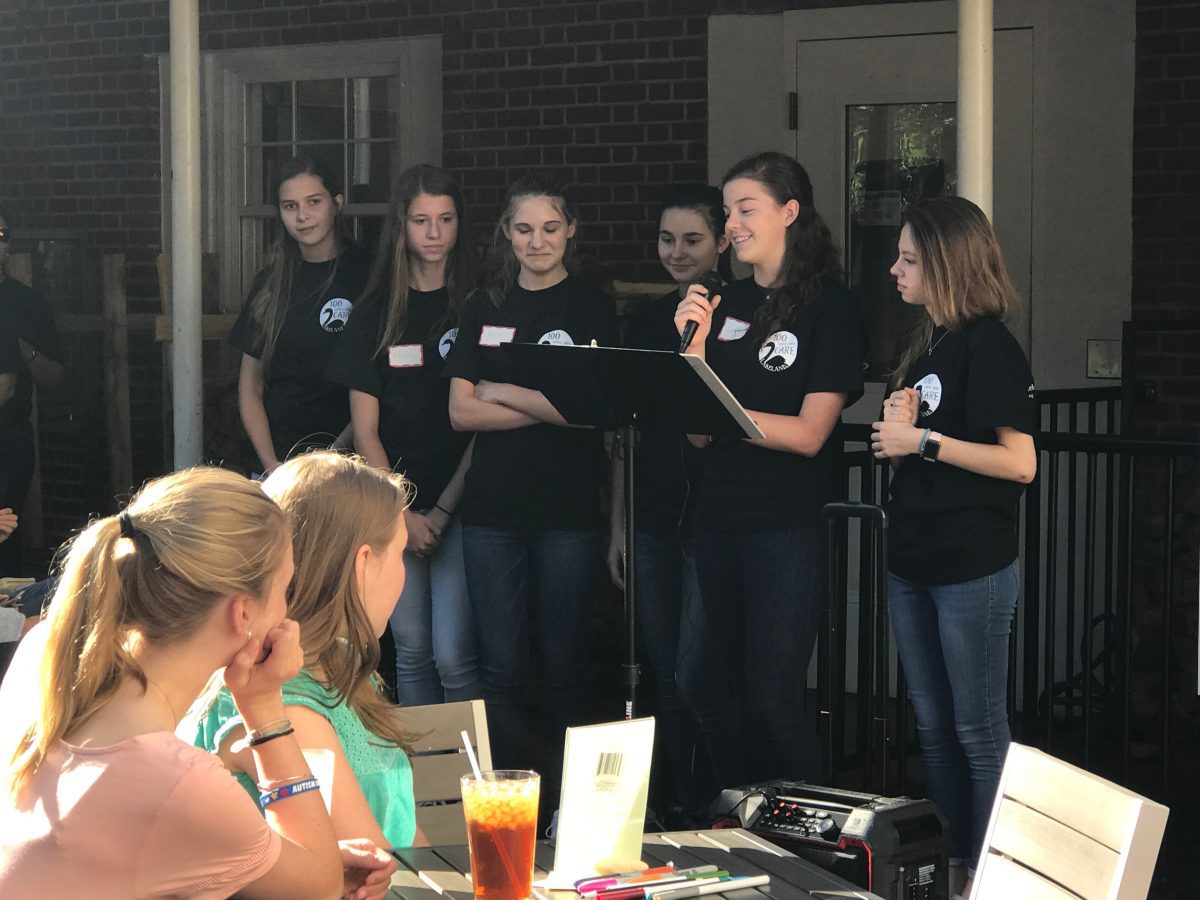 Six teenagers from Resurrection Parish in Lakeland founded a new organization, 100 Teens Who Care Lakeland. The organization’s vision is simple and powerful – that anyone, even youth, can make an impact. They hope to inspire the next generation of philanthropists by raising money for charity and, more importantly, getting teens involved in the community.

The executive board consists of six teenagers who are now attending various Catholic and public high schools in and around Lakeland: Katie A., Anna E., Grace E., Caroline M., Anna T., and Erin V. Four adult mentors are helping as well: Colleen Esterline, Amanda Estupinan, Linda Mason, and Michele Terlep. Although the organization is an interfaith effort, roughly half of its registrants are Catholic students trying to live out the fundamentals of Catholic social teaching.

Board member, Anna E. explains, “We were motivated to start 100 Teens Who Care Lakeland because we noticed a lack of teen opportunities in our community. We wanted to start something that could help others and allow teens to come together to achieve a goal.”

That goal is to encourage one hundred plus local teens (middle to high school age) to make a collective $1,000 donation to a local charity four times a year. Teens meet for one hour quarterly, each of them donating $10 of their own money. Charity recipients are nominated by members and then selected randomly to be voted upon.

The organization collected nearly $600 for charity at its kickoff meeting in Mid-April. Eighteen different schools were represented at the gathering.

Through 100 Teens Who Care Lakeland, members hope to build a philanthropic mindset, learn leaderships, public speaking, and social media/marketing skills in a fun, engaging way. By researching non-profit charities and presenting the needs to the group, members will take an active role in directly impacting the Polk County community.

Anne E. adds, “Overall, we hope we can help others, while meeting new people and pulling our Lakeland community together.”