Jesus Christ Helps Couples through each Stage of Marriage 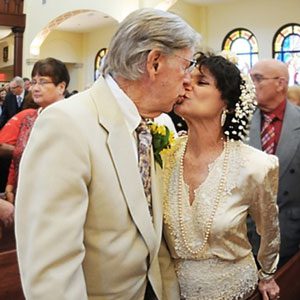 All married couples, especially those with significant wedding anniversaries, are invited to the Diocese of Orlando Wedding Anniversary Mass celebrated by Bishop John Noonan on Feb. 15 at 10:00 a.m. at St. James Cathedral, 50 East Robinson Street, Orlando. 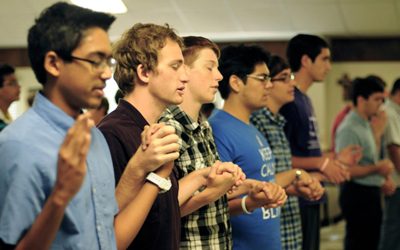 All married couples, especially those with significant wedding anniversaries, are invited to the Diocese of Orlando Wedding Anniversary Mass celebrated by Bishop John Noonan on Feb. 15 at 10:00 a.m. at St. James Cathedral, 50 East Robinson Street, Orlando. During this Mass, married couples will receive a blessing and renew their wedding vows to strengthen and honor their marriage, a Sacrament that brings couples closer to God and to each other. After the Mass, all couples are invited to stay for a cake and punch reception and to be photographed with Bishop Noonan (as time permits). The Wedding Anniversary Mass is organized by the Diocese of Orlando’s Office of Family Life and Pastoral Care. Pre-registration is requested but not required. Online Registration at www.orlandodiocese.org/anniversary or 407-246-4865 or   familylifeoff@orlandodiocese.org.

With Valentine’s Day just a week away, love is on the minds of many. One of the greatest loves in the eyes of the Catholic Church is that between a husband and wife.

In a statement on marriage, the United States Council of Catholic Bishops wrote, “In Christian marriage, spouses model the love and self-gift of Christ. By giving of themselves and serving one another, their family and community, they help one another live out Christ’s call to discipleship, love and service.”

While married couples might enter their union expecting their love will always be the same experts say marriages go through different stages. The U.S. bishops have placed information on their website www.foryourmarriage.org to help couples anticipate the stages of marriage. It states, “All healthy marriages experience change and transition. That’s what keeps them alive and growing. Some of the stages of growth are predictable, others are not.”

Most relationships move through cycles that include, romance, disillusionment, and mature love. Colleen and Matthew Szczepanski of Sts. Peter and Paul Catholic Church in Winter Park have been married for 2-1/2 years and are the proud parents of a 10 month old son. While their romance is relatively young, Colleen said challenges arise but honest communication helps them navigate through stormy seas.

“When we first got married, we lived in a studio apartment, so it wasn’t like we could walk into another room if we got mad at each other,” she said. “In a way, it was a good thing because it made us talk out our problems. Now that we have a baby, it is even more important that we talk to each other.”

Colleen added that they have also kept Christ at the center of their marriage. Before their son was born, they frequently attended daily Mass together.

Gloria and Mark Fry, also parishioners of Sts. Peter and Paul, have been married seven years. While some speak of a “seven year itch” Gloria said, their love has grown and matured through the years.

“On my wedding day, I didn’t think I could love my husband more than I already did but I can honestly say that I love him more now than I did then because my love has grown and matured,” she said “I love being married to Mark and I honestly, can’t imagine life without him.”

Faith has played a vital role throughout their married life, as they have faced many challenges, including the cancer diagnosis of Gloria’s mother and sister, the early death of her mother, and an illness that prevented any hopes of them having children. Throughout it all, Christ has remained their stronghold.

“Christ is the center of our marriage,” she said. “There is so much going on in the world that hurts marriages that if you, as a couple, are not holding on tightly to God, making it through the rough times will be that much more difficult. At the end of the day, we are not perfect and so we need’s God’s help, wisdom, grace and mercy to be good spouses to each other.”

“It has been through His wisdom and His grace that we have learned that our marriage is covenant that needs to be honored,” she continued. “And so, we are both very aware to try to make decisions that not only bring honor to God and our marriage but also, honor and respect to each other as well.”

Toni and Henry Godinez of the Church of the Resurrection in Lakeland have been married 32 years. Toni said their marriage has evolved over the years in that is has become more spiritual.

“We have found that the ‘small’ things don’t bother us as they did at the beginning,” Toni said. “We are much more at peace with each other and much more tranquil.  Our trust has built up over the years along with our never ending faith in each other.  It is our faith in God that has brought us through many difficulties, allowing our love to grow.”

They participate in the celebration of Mass together every weekend and are involved in many ministries together.

“We enjoy each other’s company and look forward to spending time with each other,” Henry said. “Whether it involves travel or just spending time at home doing nothing special at all, we just love being together and sharing a good laugh.”

Marge and Romeo St. Pierre of St. Timothy Catholic Church in Lady Lake have journeyed together through the stages of marriage. They took their vows 71 years ago and Marge said they meant what they said when they took those vows to love and cherish each other.

“We have always enjoyed each other’s company,” she said. “So when our children left home, it was not a big adjustment. We have also tried to have a home filled with laughter. Having a good sense of humor is important.”

As for his secret to married success, Romeo had five simple words to share with other husbands, “Learn to say, ‘Yes, dear.’”