30 years of the ADA: How the American Disabilities Act changed the lives of the disabled 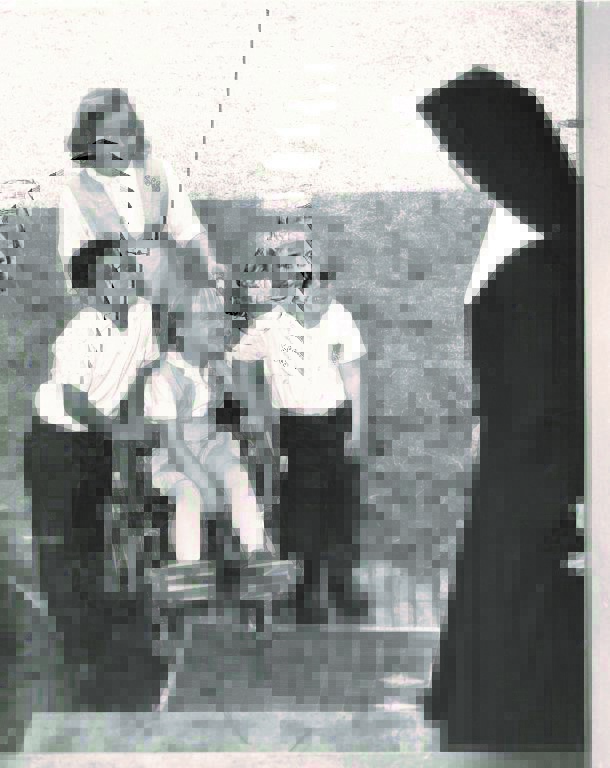 Starting out of a house in the early 60s, Morning Star Catholic School in Orlando, is among the few private schools educating children with disabilities. Installing ramps for easier access early on, the ADA simply affirmed what they were already doing. Public schools would see the greatest impact. (COURTESY)

ORLANDO  |  Kathy Becht recalls injuring her foot and requiring a knee scooter while in Washington, D.C., five years ago. She was astounded at how difficult it was to get around. Maneuvering brick sidewalks and broken metro elevators made it strenuous at best, dangerous at its worst. She imagined how much harder it would be to navigate if she were in a wheelchair.

“While there have been huge improvements, we have a long way to go,” said Becht, director for the Florida Consortium of Inclusive Higher Education.

She referred to the progress made since the passing of the Americans with Disabilities Act 30 years ago, which promotes access to public transportation, public accommodations, and laws against discrimination of individuals with disabilities regarding employment.

As Becht tried to find an accessible entrance to her destination, which had a mountain of steps before arriving to its doors, she recalled discovering the handicap access was down the street and around the block. There weren’t any signs, not to mention the distance entailed.

Growing up with a sister who has severe intellectual disabilities, Becht has a personal perspective on the ADA’s accomplishments and shortcomings. Her sister was almost 30 by the time ADA came around. Many of its benefits were too late for her. Her sister could not even attend public school until 1975 when the Individuals with Disabilities Education Act (IDEA) was passed, forcing public schools to provide education opportunities for the disabled. Even then she recalls classrooms were held at the back of the school or in boiler rooms and basements.

The reality was the disabled were not recognized in society and there was a pervasive sense that they could not contribute to it. The ADA not only defied that ideology, it restrained employers from discriminating against disabled individuals and required they provide “reasonable accommodations” in the workplace.

While Becht’s sister attended private school, Becht saw her parents battle for small tools of assistance like a typewriter. There was simply a lack of understanding. Becht spent a lot time educating people about her sister’s disabilities. The experience drove her to seek more opportunities for those with intellectual disabilities and to make a difference in their lives.

“ADA took away ignorance as a defense. People could no longer say they didn’t know someone needed help,” she said.

Her own three children are living the benefits the ADA provided and their future is brighter because of it. “I believe ADA allowed people with disabilities to become a class of people on their own that could not be discriminated against,” she said. “ADA impacted people in our society more because now people were seeing them. Before they didn’t see them because they couldn’t access the bus, the building.” She recalled how, during the Roosevelt era, the media made sure to keep his wheelchair out of the public eye. It was as if a disability was something to hide.

Twelve years prior to the ADA, the U.S. Conference of Catholic Bishops wrote in their Pastoral Statement on Persons with Disabilities: “The same Jesus who heard the cry for recognition from the disabled of Judea and Samaria two thousand years ago calls us, his followers, to embrace the responsibility to our own disabled brothers and sisters in the United States.”

It seemed, at last, the country was listening. For Sister of St. Joseph, Sister Elizabeth Marie Stoup, the ADA requirements were not revealing. She has taught students with disabilities since 1958, under the philosophy that every child can learn. After arriving at Morning Star Catholic School in Orlando, ramps and other accommodations facilitated student access. By the time ADA took effect, she was ahead of the game.

Seeing what her students could accomplish, in 2004, Sister Stoup helped start Bishop Grady Villas, a residential community for the disabled offering opportunities for job training and assistance with placement, for those eligible. She believes the ADA was instrumental in the success of Bishop Grady Villas’ employment programs. Project SEARCH, for example, enables students transitioning out of high school to train for and obtain employment. Sister Stoup said these are opportunities previously not possible because so often those with disabilities were very underestimated.

Kevin Johnson, executive director of Bishop Grady Villas, said the ADA has inspired companies to become more diverse and embrace “the abilities of many whose gifts may have been overlooked in the past.”

“I think its biggest impact has been on changing cultural expectations, which has created an environment that is more open to understanding the benefits of embracing more individuals’ diverse gifts.”

Johnson said one of the most impactful components of the ADA, related to employment, “is reasonable accommodation — the idea that a small change to a physical environment or functional role that accommodates an employee with a disability is a legal obligation.” Job coaches or supplemental training and support on the job are just a few examples. He added, most accommodations cost the employer less than $500, but bring significant value over the long term. “By creating this expectation for accommodation, the ADA really transformed expectations for employers while also dispelling some of the fears that creating a diverse welcoming workforce would be costly,” Johnson said. 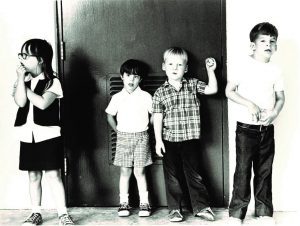 “Whatever they train for, they do a good job,” she assured. Looking at the program today, she is astounded. “What has touched me the most is seeing some of the students I had, since age 3. I’ve seen them grow and become really responsible adults. I’m very proud of Bishop Grady Villas because I think of how people looked at people with disabilities when I started working with them. They didn’t have much expectation—even the parents.” She added, “I knew they could be independent to a certain extent, but they’ve gone beyond what I thought was possible.”

Becht noted, the ADA helped her children “access the community in ways they couldn’t do before.” Her youngest attends Santa Fe State College in Gainesville and is studying for a degree as a zoo technician. Prior to ADA, that would have been an impossible dream.

She also emphasized how universal design in architecture and learning promoted through the ADA has advantaged everyone. Things like text-to-speech capabilities, voice activated commands, and the ability to ask Google and Alexa questions help more than just the disabled. Curb cuts help moms with strollers as well as the blind and those in wheelchairs. Making water fountains accessible for wheelchair users also assists families with young children. Becht said the tools enable and empower people with disabilities for employment, to be self-sustaining, and welcomes them into the world. “It has enabled them to engage and contribute as citizens.”

Charleen Katra, executive director of the National Catholic Partnership on Disability (NCPD), said the ADA raised awareness as to “how many individuals are actually living with a diagnosis or disability – approximately 25% and upward of any population – and the reality that this fact presents for so very many families.” She noted it is no different in the Church. The NCPD continues to increase its virtual presence and use technology to connect, catechize and evangelize. She said the NCPD’s Council on Intellectual/Developmental Disabilities is currently offering monthly themed online adapted lessons (ncpd.org) and is adding training opportunities regarding catechesis of individuals with disabilities.

Despite this, Katra said there is still much work that needs completing. Pointing to the U.S. Bishops pastoral letter, she noted its entreaty that “doors of churches be open to all, and more importantly, that the hearts of the people inside be open to all.”

Johnson, of Bishop Grady Villas, concedes, “individuals with disabilities are confronted with ignorance about their abilities, reduced expectations, and even today blatant discrimination. Although opportunities and expectations have improved greatly, there is still much we need to accomplish as a society to truly welcome everyone’s gifts,” he said. He also acknowledged “quality affordable housing is a huge challenge.”

For Becht, equal pay is still an area of improvement due to loopholes in the system. Her sister’s hourly wage still falls beneath the minimum wage. There is still the issue of how people perceive individuals with disabilities. As a Catholic, Becht said, “I see the connection to the sanctity of life – that every person was created by God and, not only has a right to be a part of our society, but a need. Through ADA’s inclusivity… I see our social justice call. Everyone is a child of God and everyone has a purpose and meaning.”

Becht often tells her youngest, who struggles with the fact that he is disabled, “You are going to teach others something they need to know because of who you are. It is your gift. It is your strength. So, you have to find a way to work with it. It’s not a mistake.”

By Glenda Meekins of the Florida Catholic, August 26, 2020