A prayer for the Fortnight to Freedom 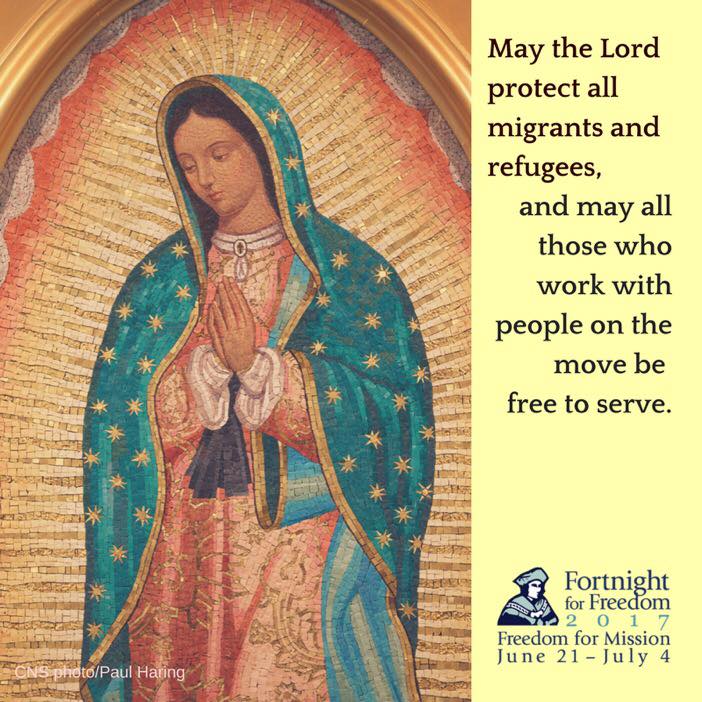 That the Lord would protect all migrants and refugees, and that all those who work with people on the move would be free to serve.

Christians are committed to caring for the vulnerable, and migrants and refugees are some of the most vulnerable. The Church has long sought to serve the unique needs of “people on the move,” from providing for basic needs, to assisting with resettlement, to offering legal services to help newcomers navigate the system of their host country. In recent years, new laws and regulations have been proposed that have the effect of restricting the Church’s ability to serve. Under one state law, even giving an undocumented person a ride to Mass could have been deemed a criminal offense. Furthermore, the new federal Administration has sought to drastically reduce the number of refugees admitted into the U.S., and has suspended the resettlement of refugees from countries where many people face violent persecution. The Church is called to serve the vulnerable, and we must remain steadfast in our commitment to solidarity with migrants and refugees Freedom to serve migrants and refugees.

from the United States Conference of Catholic Bishops