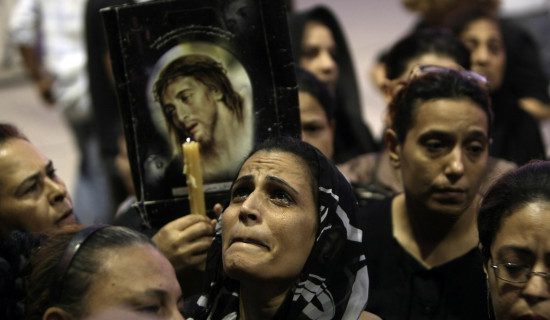 Christians and other religious and ethnic minorities have suffered greatly at the hands of the Islamic State and various extremist groups. They have been attacked and killed, women and girls raped, churches destroyed or desecrated, homes and properties looted. Thousands have been displaced, some multiple times, fleeing with just the clothes on their backs.

H.R. 390, the “Iraq and Syria Genocide Emergency Relief and Accountability Act,” aims to provide much needed assistance for survivors of genocide and would direct U.S. funding to faith-based organizations (such as Catholic Relief Services) that are already providing humanitarian relief and rebuilding assistance to these populations.  This bill would help direct U.S. funding to genocide survivors and also seeks to hold those responsible for these atrocities accountable for their actions in order to prevent future genocides.

H.R. 390 passed the House and was reviewed by the Senate Foreign Relations Committee.  It needs to be voted on by the full Senate before it can be sent to President Trump for signature. Prolonged delays on passage mean that people continue to suffer, often caught between conflicting forces, uncertain whether to stay where they have a modicum of safety, or to return to their villages to see what is left and whether they can rebuild their lives. The presence of Christians and other minorities is rapidly dwindling and without help, may vanish.

Pope Francis has denounced the persecution, torture and killing of Christians in the Middle East. He called on the international community “to do all that it can to stop and prevent further systematic violence against ethnic and religious minorities and to protect innocent people.”

This concern motivated USCCB to work with the Knights of Columbus, Catholic Relief Services, Aid to the Church in Need and the Catholic Near East Welfare Association to designate November 26, the Feast of Christ the King, as a Day of Prayer for Persecuted Christians to be followed by a Week of Awareness and Education. To focus attention on the plight of Christians and other minorities is not to ignore the suffering of others. Rather, by focusing on the most vulnerable members of society, we strengthen the entire fabric of society to protect the rights of all.