Share
Has your life been touched by adoption? Celebrate with Catholic Charities of Central Florida Adoption Program’s Third Annual Fundraising Dinner on October 28, 2011 from 5:30 p.m. – 9:00 p.m. at the Eaglebrooke Country Club in Lakeland. 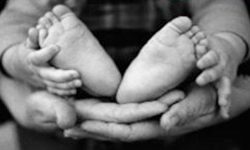 Has your life been touched by adoption? Celebrate with Catholic Charities of Central Florida Adoption Program’s Third Annual Fundraising Dinner on October 28, 2011 from 5:30 p.m. – 9:00 p.m. at the Eaglebrooke Country Club in Lakeland.
The dinner will include a silent auction, entertainment, and testimonials to support the work of Catholic Charities. For more information call 863-686-7153 x 3015 or visit their website: www.cflcc.org.  Click on events and then Triad of Love. If you can’t attend, consider making a donation. Donations can be sent to: Catholic Charities of Central Fl; Attn: Leesa Elliott; 1801 E. Memorial Blvd., Lakeland, FL 33801.

Birth Mom Reflects on the Gift of Adoption

When Brianna of Polk County, now 26-years-old, found herself sitting on the steps at the Pregnancy Help Center, she thought back to all of the figurative steps she had made along the way of  life.

“Up the stairs to my childhood bedroom, down the stairs of my middle school and high school, taking steps across the stage at church to sing, or the stage at school to perform, and my graduation stage,” explained Brianna in her journal. And now she was about to find out if she was pregnant; another step… And she was terrified.

At the youthful age of 20, Brianna started to chronicle her pregnancy journey in a journal. A journal, titled ‘I hope you dance;’ that she holds near and dear to her heart as it helped her get through some of the toughest months of her life, along with some very special people and her faith.

On April 3, 2006 Brianna found out she had a tiny little life living inside of her and was now going to have to decide if she was going to parent or place her unborn baby for adoption. In her journal she writes, “I would never have an abortion. I have my doubts sometimes, but even I know that God is in control. He is the only Almighty who brought us into this world and it is only by his allowance that we should be taken out.”

But this still wasn’t an easy decision as she did not have the means or funds to raise this baby. She wasn’t ready. Where to turn to?

Brianna says it was more than luck; it was more so spiritual intervention that brought Leesa Elliott, Pregnancy and Adoption Counselor for Catholic Charities of Central Florida, to her.

When Elliott’s business card was handed over to Brianna, her initial thought-“I can’t call her. I’m not Catholic!” She quickly learned that you don’t have to be Catholic to benefit from the agency’s many services, including pregnancy and adoption counseling. Brianna explains that in just about one week, Catholic Charities had transformed her life, helping her find a place to live and making sure she had food to eat and much more. “Leesa always had my best interest at heart,” said Brianna.

Elliott explains that her program’s primary goal is to minister to women who are facing crisis unexpected pregnancies. “Our goal is to support them for choosing life for their child and to help connect them with community resources and provide supportive counseling before and after the baby is born,” said Elliott.

So why adoption? Brianna explains that for her, this is what God called her to do; to give a family an opportunity that they may not have had otherwise. It was also about putting her child’s needs before her own. “I don’t want to just do the best I can. I want it to be the best that it can be. Wasn’t me, this time for this child,” Brianna said.

Elliott says that unique to the program, they encourage birth parents to be very involved in selecting the adoptive couple and in deciding what kind of openness they want in the future; that is all within an adoption plan.

Brianna did get to choose the parents that would raise her now 4-year-old son and is able to still have a relationship with him through an open adoption. Whether it’s visiting him at the park or visiting him during Christmas, she gets to hug her son. “And that is really the greatest gift

Catholic Charities has given me, to be able to see my son in his environment, to see him healthy and happy, it reaffirms my decision every time. And to have peace, that comfort, for a mother, it’s priceless.”

Editor’s note: The woman that participated in Catholic Charities’ adoption program asked to solely be identified as Brianna.