Advent, A Time of Expectation

VATICAN CITY, 28 NOV 2010 (VIS) – At midday today, the first Sunday of Advent and beginning of the liturgical year, the Holy Father appeared at the window of his study to pray the Angelus with faithful gathered in St. Peter’s Square. 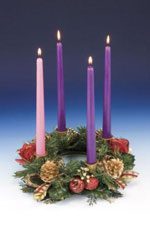 VATICAN CITY, 28 NOV 2010 (VIS) – At midday today, the first Sunday of Advent and beginning of the liturgical year, the Holy Father appeared at the window of his study to pray the Angelus with faithful gathered in St. Peter’s Square. 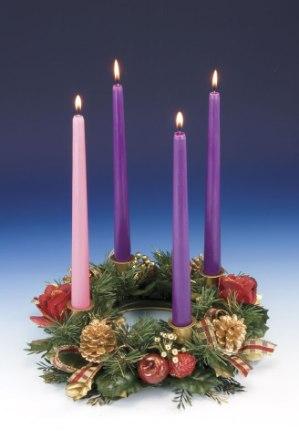 The Pope remarked on the dual nature of the period of Advent, which “looks both to the first coming of the Son of God, when He was born of the Virgin Mary, and to His glorious return, when He will come ‘to judge the living and the dead'”. He described this “expectation” as a “profoundly human aspect in which the faith becomes, so to say, a single thing with our flesh and our heart.

“Expectation and awaiting represent a dimension that touches our entire individual, family and social existence”, he added. “Expectation is present in many situations, from the smallest and most insignificant to the most important”. These include “a couple expecting a child; awaiting a relative or friend who comes to visit us from far way; … the expectation of the result of some decisive examination; … in personal relations the expectation of meeting the loved one. … We could say that man is alive so long as he expects, so long as hope remains alive his heart. And man can be recognised by his expectations: our moral and spiritual ‘stature’ may be measured by what our hopes are”.

Thus, “in this time of preparation for Christmas each of us may ask ourselves: what do I expect? … And this same question can be posed at the level of the family, the community, the nation. What do we expect together? What unites our aspirations, what brings us together?” In this context, Benedict XVI recalled how “in in the period prior to Jesus’ birth there was a very strong expectation of the Messiah, … who would free the people from all moral and political slavery and establish the .

“But no-one could have imagined that the Messiah would be born of a humble girl like Mary, who had been promised in marriage to the good Joseph. Neither could she have imagined it; yet in her heart the expectation of the Saviour was so great, her faith and hope so ardent, that in her He could find a worthy mother. … There is a mysterious correspondence between the expectation of God and that of Mary, the creature ‘full of grace’, completely transparent before the Almighty’s plan of love. Let us learn from her, the woman of Advent, to live daily life with a new spirit, with feelings of profound expectation which only the coming of God can satisfy”.

In his greetings following the Marian prayer, Benedict XVI made various references to respect for unborn life. Addressing Polish pilgrims he said: “With Mary, who lovingly awaited the birth of the Divine Child, let us persevere in our prayers, thanking God for the gift of life and asking Him to protect all human existence. May the future of the world become the civilization of love and of life”.