Advent Reminds Us of God’s Presence in the World 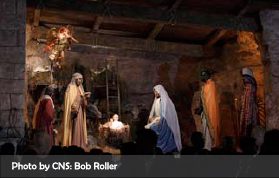 On the Feast of Our Lady of Guadalupe, the phases of Revelation, conveyed in the Scriptures and culminating in the Advent of Jesus Christ, were the theme of Benedict XVI’s catechesis. 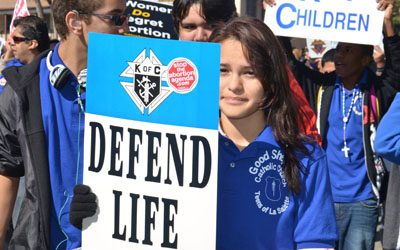 On the Feast of Our Lady of Guadalupe, the phases of Revelation, conveyed in the Scriptures and culminating in the Advent of Jesus Christ, were the theme of Benedict XVI’s catechesis. In view of the Year of Faith, the Pope renewed his invitation to read the Bible more frequently and to pay closer attention to the readings at Sunday Mass, to provide “valuable nourishment for our faith”.

The Pope observed that “reading the Old Testament, we see how God’s interventions in the history of the chosen people with whom He established an alliance were not passing events forgotten over time, but rather become living ‘memory’, together constituting the ‘story of salvation’ that resides in the consciousness of the people of Israel through the celebration of salvific events”, such as Easter. “For all the people of Israel, to recall God’s work becomes a sort of constant imperative, in order that the passage of time be marked by the living memory of past events which thus create history anew, day by day, remaining ever present. … Faith is nurtured by the discovery and the memory of God who is always faithful, who guides history and is the sound and stable foundation upon which life should be built”.

Benedict XVI explained that for Israel, the Exodus “is the central historical event in which God reveals the power of his action. God frees the Israelites from the bondage of Egypt so that they may return to the Promised Land and worship Him as the one true God. Israel does not set out to become a nation like any other … but rather to serve God in worship and in life … and to bear witness to God amid other peoples. And the celebration of this event renders it present and current, as the work of God does not cease. … God reveals Himself not only in the primordial act of creation, but by entering into our history, into the history of a small population that was neither the most numerous nor the strongest of its time. This Revelation of God … culminates in Jesus Christ: God, the Logos, the creating Word at the origin of the world, is made flesh in Jesus and thereby shows His true face. In Jesus every promise is fulfilled; the story of God and humanity finds its culmination in Him”.

“The Catechism of the Catholic Church summarizes the phases of divine Revelation”, continued the Holy Father. “God has invited mankind, since the very beginning, to engage in profound communion with Him, and even when man, through his own disobedience, lost His friendship, God did not abandon him to the force of death, but renewed His offer of alliance with man many times. The Catechism chronicles God’s path with man from His covenant with Noah following the flood, to the command to Abraham to leave his homeland and become the patriarch of a multitude of peoples. God creates Israel as His people, through the Exodus, the Sinai covenant and the giving of the Law through Moses, so as to be recognized and served as the one true and living God. By means of the prophets, God leads His people in the hope of salvation … In the end, they no longer await a king, David, the Son of David, but rather the ‘Son of Man, savior of all peoples’ … In this we see how the path of God broadens and opens the way towards the Mystery of Christ, the King of the universe. Revelation finds its full realization in Christ, in God’s benevolent plan: He becomes one of us. All these steps demonstrate “a single salvific plan dedicated to all of humanity, progressively revealed and realized through the power of God”.

The Pope then turned his attention to the liturgical time of Advent, which prepares us for Christmas. “As we all know, the word ‘Advent’ means ‘coming’ or ‘presence’, and historically indicated the arrival of the king or the emperor in a province. For us as Christians it has the wonderful and awe-inspiring meaning that God Himself has crossed over from Heaven and inclined towards man; he has made a covenant with man, entering into the history of His people. He is the king who enters into the poor province of earth, offering us the gift of His visit, taking on human flesh and becoming one of us. Advent invites us to retrace this path and reminds us again the God has not left this world, He is not absent and has not abandoned us to our own devices, but instead draws towards us in various ways that we must learn to recognize. And we too, with our faith, hope and charity, are called upon every day to perceive and witness this presence, in a world so often superficial and led astray, and to make the light that illuminated the stable in Bethlehem shine anew in our lives”.