“They came to me and said, ‘We have 1300 children in our schools who are homeless. Can you help us?’” said Father Bluett. 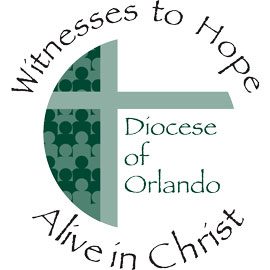 “They came to me and said, ‘We have 1300 children in our schools who are homeless. Can you help us?’” said Father Bluett.

With the compassion of serving our neighbors as Christ taught, the parishioners of St. Stephen decided helping the homeless would be a priority of their Alive in Christ Campaign.

Father Bluett played a key role in putting together a board of advisors for Pathways to Home, a collaboration of 18 social service agencies in Seminole County that put homeless families on the path to economic self sufficiency. The program was launched in January of 2010 and received the 2011 Community Innovation Award from United Way of Florida.

“This is very comprehensive case management that we are doing,” said Pathways to Home Executive Director Debbra Groseclose.  Currently there are 70 families in the program that includes 184 children and they hope to serve more families in the coming months. The program includes financial education classes and employment services.

With a goal of raising $1.5 million for parish projects through Alive in Christ, St. Stephen’s received $1.6 million in pledges and was able to commit at least one-third of that amount towards Pathways to Home, which has paid for four full time case managers for homeless families.

The remaining Alive in Christ pledges support parish renovations and an ongoing commitment to Pathways to Care, which is a program of Catholic Charities. The 40-bed respite center provides short-term recuperative care and support services for homeless adults.

For families who have been hit hard by the economic downturn and foreclosure crisis, the love and compassion shown by parishioners is critical. Father Bluett noted that the number of homeless youth in Seminole County might actually be higher because middle school and high school students are reluctant to divulge their homelessness.

“A majority of (these families) are living in motels, living in cars, living with extended families and they are living in the woods,” he said. “They are good people who have simply fallen onto hard times.”