All Christians Have the Duty to Announce the Gospel

The Pope’s Message for World Mission Day, which falls this year on Sunday, Oct. 21, was announced. The theme of the document is: “Called to radiate the word of truth”. Extracts of the message are given below. 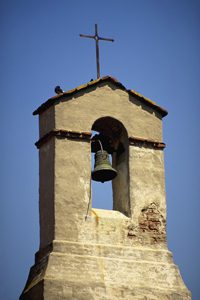 The Pope’s Message for World Mission Day, which falls this year on Sunday, Oct. 21, was announced. The theme of the document is: “Called to radiate the word of truth”. Extracts of the message are given below.

“This year the celebration of World Mission Day is particularly significant. The 50th anniversary of the conciliar Decree ‘Ad gentes’, the opening of the Year of Faith and the Synod of Bishops on the theme of the new evangelization all come together to reaffirm the Church’s will to dedicate herself with greater courage and ardor to the ‘missio ad gentes’, that the Gospel may reach the ends of the earth.

“Vatican Council II, with the participation of Catholic bishops from every corner of the world, was a luminous sign of the Church’s universality. … Missionary bishops and autochthonous bishops, pastors of communities living among non-Christian peoples, … all made an important contribution to reaffirming the pressing need of ‘ad gentes’ evangelization and, consequently, to placing the missionary nature of the Church at the centre of ecclesiology”.

“Today this view … remerges with renewed urgency because the number of those who do not yet know Christ has increased. … We need, then, to retrieve the apostolic zeal of the early Christian communities which, small and defenseless, were nonetheless capable, through announcement and witness, of spreading the Gospel throughout the then-known world.

“It is no surprise, then, that Vatican Council II and the subsequent Magisterium of the Church place particular emphases on the missionary mandate which Christ entrusted to His disciples, and which is the duty of all the people of God (bishops, priests, deacons, religious and lay people). Announcing the Gospel in every corner of the world is the primary responsibility of bishops, who are directly responsible for evangelizing the world.”

“The command to preach the Gospel … must involve all actions and sectors of a particular Church, its entire being and activity. Vatican Council II made this very clear and subsequent Magisterium has underlined it strongly. This means the constant adaptation of lifestyles, pastoral plans and diocesan organization to this fundamental dimension of the Church’s being, especially in our continually changing world. … All the components of the great mosaic of the Church must be aware that they are touched by the Lord’s command to preach the Gospel, so that Christ may be announced everywhere. We pastors, religious and all Christ’s faithful must follow the footsteps of the Apostle Paul who … worked, suffered and struggled to bring the Gospel among the pagans, not sparing energy, time or means to make Christ’s message known.”

“The immense horizons of the Church’s mission and the complexity of today’s situation call for new ways of effectively communicating the word of God. First and foremost this requires a renewed adherence of individual and community faith in the Gospel of Jesus Christ ‘especially at a time of profound change such as humanity is currently experiencing.’

“One of the obstacles to evangelization is, in fact, the crisis of faith, not only in the Western world but among a large part of humankind, which nonetheless hungers and thirsts for God, and which must be invited and led to the bread of life and the living water. … We must renew our enthusiasm to communicate the faith, so as to promote new evangelization in communities and countries of ancient Christian tradition, which are losing their reference to God, and help them rediscover the joy of believing. Concern for evangelization must never remain at the margins of Christians’ ecclesial activity or individual lives, it must characterize them strongly in their awareness of being both beneficiaries and missionaries of the Gospel The central point of our announcement always remains the same: … the ‘kerygma’ of God’s absolute and total love for each man and woman, which culminated in His sending the eternal and only-begotten Son, the Lord Jesus, Who did not disdain to take on the poverty of our human nature, loving it and saving it from sin and death by the offer of Himself upon the cross.”

“Faith is a gift that was given to us to be shared. … It is the most important gift of our lives and we cannot keep it to ourselves.”

“Many priests and religious from all over the world, many lay people and even entire families leave their countries, their local communities, and travel to other Churches to bear witness to and announce the Name of Christ. … This is an expression of profound communion, sharing and charity among Churches.”

“Together with this exalted sign of faith transformed into charity, I would like to mention and thank the Pontifical Missionary Works, which is an instrument for cooperation in the Church’s universal mission in the world. Thanks to their activities the announcement of the Gospel is transformed into assistance to others, justice for the poorest, education in isolated villages, medical care in remote areas, liberation from want, rehabilitation of the marginalized, support for the development of peoples, the breaking down of ethnic divisions and respect for life in all its stages.”

“Upon the work of evangelization ‘ad gentes’, and especially upon those who carry it out, I invoke the effusion of the Holy Spirit, that the grace of God may make it ever more decisive in the history of the world.”