Anointing of the Sick: Sacrament of God’s Compassion Towards Human Suffering 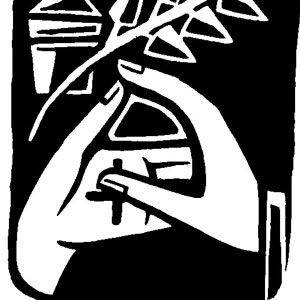 Pope Francis continued his catechesis on the Sacraments by speaking today about the anointing of the sick, “which allows us to touch with our hands God’s compassion for mankind”. 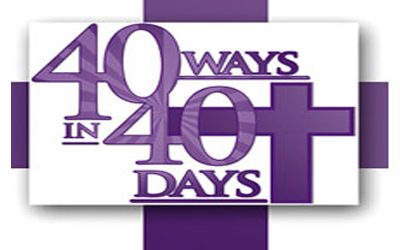 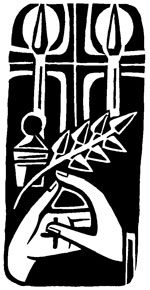 Pope Francis continued his catechesis on the Sacraments by speaking today about the anointing of the sick, “which allows us to touch with our hands God’s compassion for mankind”. He explained that in the past it was referred to as “extreme unction” as it was intended as spiritual consolation when death was imminent. “Speaking of the anointing of the sick helps us to broaden our view of the experience of illness and suffering, in the horizon of God’s mercy”.

The parable of the Good Samaritan clearly expresses the mystery that is celebrated by this Sacrament. “The Samaritan consoles the man who suffers at the side of the road, tending to his wounds with oil and wine. The oil recalls that which is blessed by the Bishop every year, in the Chrism Mass on Holy Thursday, precisely for the anointing of the sick. The wine, instead, is a sign of Christ’s love and grace, which flow from His gift of His life for us. The Pope explained that the sick person is finally entrusted to “the Church, the Christian community”, to whom “every day the Lord Jesus entrusts those who are afflicted, in body and spirit, so that we may continue to lavish upon them, without measure, all His love and His salvation”.

“This mandate is confirmed explicitly and precisely in the Epistle of St. James, in which he says, ‘Is any among you sick? Let him call upon the elders of the Church, and let them pray over him, anointing him with oil in the name of the Lord’”, continued the Holy Father. “It is therefore a practice that was already in evidence at the time of the Apostles. Indeed, Jesus had taught his disciples to have His same predilection for the sick and the suffering, and transmitted to them the capacity and the task of continuing to give consolation and peace in His name … through the special grace of this Sacrament. However, this must not lead us to search obsessively for miracles or allow us the presumption of always being able to be healed; it gives us the assurance of Jesus’ closeness to the sick and the elderly – as all those above the age of 65 are able to receive this Sacrament – as it is Jesus Himself Who comes towards them”.

“But when someone is sick and we say, ‘Let’s call the priest to come’, it makes us think that it may bring bad luck, or perhaps the patient will be afraid”, he continued, speaking off the cuff. “There is perhaps the idea that when one is sick and the priest arrives, he will be followed by the undertaker. But this is not true! The priest comes to help the sick or the elderly, which is why the visit is so important. It is necessary to call the priest to the home of the sick and to say: ‘come, anoint him, bless him’. It is Jesus Himself Who arrives to console the sick, to give him strength, to give him hope, to help him; also to forgive his sins. And this is beautiful! And we must not think of this as a taboo, because it is always good to know that in moments of pain or sickness we are not alone; the priest and those who are present during the anointing of the sick represent, indeed, the entire Christian community who, as a single body, gathers around those who suffer and their relatives, encouraging their faith and hope, and supporting them with prayer and brotherly warmth. But the greatest comfort derives from the fact that it is the Lord Jesus Himself who is made present in the Sacrament; He takes us by the hand and reminds us that we now belong to Him and that nothing – not even sickness or death – can ever separate us from Him”.

“Are we afraid of the habit of calling the priest to give this Sacrament to the sick – I don’t mean in the case of influenza that lasts three or four days, but rather a serious illness – and to the elderly, so that they can find the strength from Jesus to go on?” asked the Pope, and concluded by urging those present: “Let’s do this”.