Baptism Is the Starting Point of a Lifelong Path to Conversion 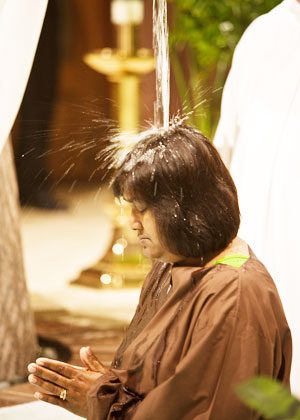 In the catechesis of his Wednesday’s general audience, the Pope continued his reflection on the articles of the Creed. 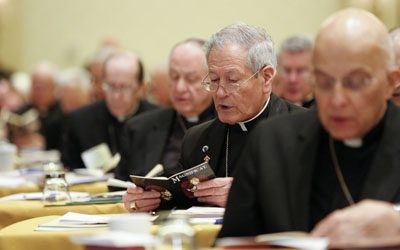 In the catechesis of his Wednesday’s general audience, the Pope continued his reflection on the articles of the Creed. This time he spoke about the only explicit reference to a Sacrament in the profession of faith: “I believe in one Baptism for the forgiveness of sins”. In effect, Baptism is the “door” to faith and Christian life, and the mission of the Church, following the mandate of the Risen Christ is “to evangelize and to forgive the sins through Sacramental Baptism”. To better explain this expression, the Pontiff divided it into three points: “I believe”, “in one Baptism”, and “for the forgiveness of sins”.

By proclaiming “I believe”, said the Holy Father, “we affirm our true identity as sons of God”. At the same time, “Baptism is linked to our faith in the remission of sins. The Sacrament of Penance or Confession is, indeed, like a ‘second Baptism’, which always refers to the first to consolidate or renew it. In this sense, the day of our Baptism is the beginning of a path of conversion which lasts throughout our lives, and which is continually supported by the Sacrament of Penance”. When we go to confess our weaknesses, our sins, we ask Jesus Christ for forgiveness … but we also go to renew our Baptism with this forgiveness. Confession is not a torture chamber, it is a celebration of the day of Baptism”.

The Pope described Baptism as “the act of birth of a Christian in the Church”, and asked the participants in the audience to raise their hands if, alongside their birthday, they remembered the date of their Baptism. Since few hands were raised in St. Peter’s Square, he set those present the task of asking their parents or finding out when they returned home, and urged them to celebrate it to commemorate the act of birth into the Church.

The Holy Father then considered the second element: one Baptism, recalling that the word “baptism” literally means “immersion”. “This sacrament”, he emphasized, “constitutes a true spiritual immersion in the death of Christ, from which we emerge as new creatures. It is a cleansing for regeneration and enlightenment. Regeneration because it puts into effect the birth from the water and the Spirit without which no-one may enter the kingdom of heaven, and enlightenment since, through Baptism, the human person is filled with the grace of Christ, ‘the true light that gives light to everyone’ and dissipates the shadows of sin. By virtue of this gift, the baptized is himself called to become ‘light’ to his brothers, especially for those who find themselves in the shadows and do not perceive any glimmer of light on the horizon of their lives”.

Finally, Pope Francis turned to the forgiveness of sins. In the Sacrament of Baptism “all sins are forgiven, original sin and all personal sins, as well as all forms of punishment for sin. By Baptism we open the door to a new form of life that is not oppressed by the weight of a negative past, but instead already resonates with the beauty and goodness of the Kingdom of Heaven. It is a powerful intervention of God’s mercy in our lives, for our salvation. But this salvific intervention does not remove the weakness from our human nature; it does not take away our responsibility to ask forgiveness whenever we err”.

“And I cannot be baptized twice, three times, four”, he continued, speaking off the cuff, “but I can go to confession and when I do so, I renew the grace of Baptism. It is as if it were a second Baptism. The Lord Jesus, Who is so good, and Who never tires of forgiving me. Listen! Baptism opens the door to the Church … but when the door narrows a little because of our weaknesses or our sins, confession helps us to open it because it is like a second Baptism, which forgives us all and enlightens us, helping us to go ahead joyfully in the light of the Lord. Because life is about living in the joy of Jesus Christ and it is a grace from the Lord.