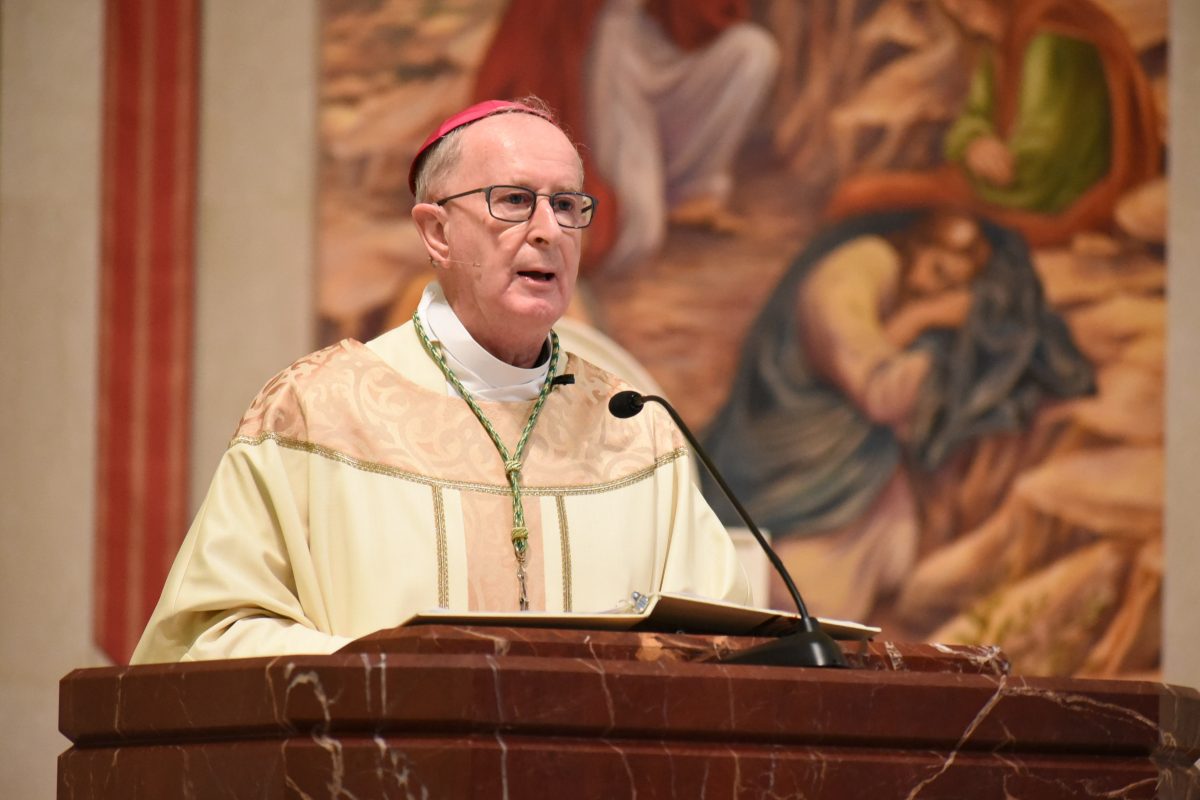 Bishop John Noonan celebrates Mass, June 1, on the National Day of Prayer and Remembrance, in honor of the victims of COVID-19. (GLENDA MEEKINS)

victims of COVID-19 in the United States and more than 370,000 worldwide on June 1. Marking the National Day of Prayer and Remembrance, called for by the U.S. Conference of Mayors, made up of mayors in more than 1,400 cities nationwide, Bishop Noonan noted, our hearts should be full of love for one another, rather than fear and anger.

“If you feed your hearts and souls with evil and anger and hatred and vengeance, your lives will become evil, angry and (full of) hatred. You will only know evil, anger and hatred and again it becomes a part of life,” said Bishop Noonan. “But if you fill your hearts and souls with peace, hope and justice and love, then you will know what peace, hope, justice and love are. You will not only know them, but you will experience them.”

The day coincided with the first day of hurricane season and a maelstrom of conflicts arising from the controversial death of George Floyd, an African American who died while in police custody, May 25, and the arrest of the accused officer in Minneapolis, Minnesota. The tragedy was caught on video. In what looks like a bleak forecast, Bishop Noonan reminded those participating that it is also the Memorial of the Blessed Virgin Mary, Mother of the Church. He prayed, “In the midst of this pandemic and social unrest, that Mary, Mother of God guide us.” 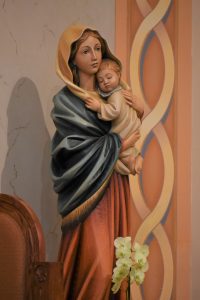 Quoting Pope St. John Paul II’s 1987 farewell address in Detroit, to the people of the United States of America, he noted, “America, your deepest identity and truest character as a nation is revealed in the position you take towards the human person. The ultimate test of your greatness is the way you treat every human being, but especially the weakest and most defenseless. …If you want equal justice for all, and true freedom and lasting peace, then, America, defend life!” Bishop Noonan echoed that mission, asking those gathered, where are the hearts and souls of the faithful today? If it is in fearfulness, anger, hatred, frustration, jealousy and envy, “then we are doomed, we have lost the soul and the heart of our country,” he said. He urged the faithful to be Christ to one another.

His words came on the heels of a weekend of unrest and protests all over the country. In Orlando, Police Chief Orlando Rolón reported more than a dozen arrests and numerous stores vandalized near the Mall of Millenia. Rolón, a parishioner of St. James Cathedral, says he will maintain a heavy police presence while protests continue. He acknowledged the need for prayer to help transform the situation. “Prayer is powerful and healing,” he said. “We need to pray for our nation to heal during this painful 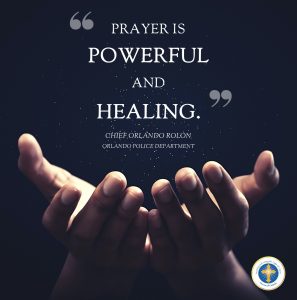 and uncertain time in our lives and that we can rise from these challenges together.”

Director of Public Safety for Orange County, Danny Banks, agreed. “On our National Day of Prayer, I pray that we all recognize that love is so much stronger than hate. In the midst of these trying times, we can accomplish so much more through teamwork. I pray that God lay His hands on those who intend to harm others, extinguish their hatred, and inspire them to focus their passion toward serving others.” Banks is parishioner of St. Margaret Mary Parish in Winter Park.

In Port Orange, approximately 750 protesters marched peacefully May 31. Volusia County Sheriff Michael Chitwood said protestors ran the gamut, from business owners to principals, retirees, college groups and government employees, of all races and economic status. “They conveyed their message the way the founders saw fit,” noted Chitwood citing the crowd marched peacefully over the bridge and back, some occasionally kneeling to pray. “I would hope that would be a model for the rest of country.”

Although the Daytona Beach, Our Lady of Lourdes, parishioner could not attend the cathedral Mass, he acknowledged the fear

and frustration in the hearts of those sympathetic to the injustice of Floyd’s death. “Having been educated by the Jesuits, who are very big into social activism and social justice issues, I understand and respect wholeheartedly the right to peaceably assemble and peaceably protest.” Agreeing with Pope St. John Paul II’s statement, Chitwood criticized the intentional violence against people, businesses and churches. He said, “What I cannot understand, justify, support, and will do whatever to suppress, is the violent destruction of property. There are people
who worked long and hard to establish their small businesses. They employ
people from the community, providing a much-needed service to the
community.”

Referring to Adam and Eve’s sin in the garden, the bishop reminded those
present, “God calls each of us especially out of sinfulness,” comparing sinfulness
to nakedness because “we have no way to hide or cover ourselves up from God.” Assuring that God calls us out of darkness, he commissioned the people of God
to “awaken” an awareness that “each person is sacred.” Sheriff Chitwood hopes
that awareness will bring about positive change. “If there is a good thing out of this,
Mr. Floyd’s life and death will not be in vain. He will be hopefully remembered as a
change agent, but what we’re seeing out there at night is driving people away from what should be a noble cause.” 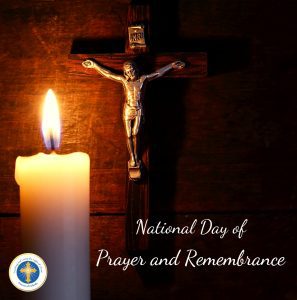 Recalling the Gospel reading from Jn 19:25-34, when Christ, at His crucifixion, gives John and our Blessed Mother to one another, Bishop Noonan assured, “Jesus did not leave His loved ones alone or abandoned. Today, Jesus will not leave us alone and abandoned. He will send us the Holy Spirit to heal and guide us. He will also give us His Mother, who was not afraid to say to God, ‘Let it be done unto me according to your Word.” To drive home his point, the bishop prayed with the congregation the Lord’s Prayer, and quoted lyrics from the hymn, “God Bless America”, entreating God’s guidance through this dark night.

By Glenda Meekins of the Florida Catholic, June 1, 2020