Growing up across the street from a Catholic church in Springfield, Mass., Leonard James Dorsey came to know the life of a parish priest. The priests would often call on him to fill in as an altar server and to run errands for them. 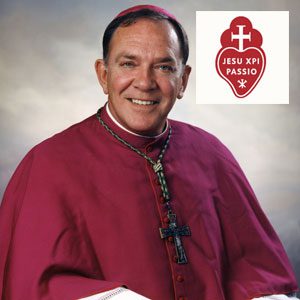 Growing up across the street from a Catholic church in Springfield, Mass., Leonard James Dorsey came to know the life of a parish priest. The priests would often call on him to fill in as an altar server and to run errands for them. The young Dorsey also sat alongside the priests rooting on the local baseball team and was a member of the parish drum corps. The dynamic priests of his parish inspired and captivated Bishop Dorsey, planting a seed in his heart.

“The Church, my parents and the people of Springfield gave me some priceless “seeds” or values many years ago – the gospel of Jesus Christ, a sharing in his life, and a love of God’s people. The hope of any new harvest is still based on those gifts,” wrote Bishop Dorsey in an article he authored for “The Catholic Observer,” the newspaper of the Diocese of Springfield in 1986.

Early in his ministry, the young priest distinguished himself as a leader within the Passionist order. In 1965, Bishop Dorsey was elected rector and theologate in West Springfield, where he organized courses in the theology of Vatican II for laity. Three years later, he was elected to the first of two terms as Provincial Counselor for the Eastern Province of the Passionists, where he served as director of personnel for more than 600 religious men and was in charge of formation and education.

In 1976, after serving two years as the executive assistant to the Provincial, Bishop Dorsey was elected the assistant general of the worldwide order of Passionists, a position that took him to Rome for the next 10 years. In this role, Bishop Dorsey ministered to Passionist priests and brothers serving in monasteries and parishes in 52 countries and five continents, sharing his life and experiences of the Church. It is estimated that during this time, he traveled more than one million miles by plane, train and ship.

Editor’s Note: The Congregation of the Passionists was founded by St. Paul of the Cross, who passed onto his followers the charism of communicating to the world God’s infinite love for us as marked through the Passion and death of his son, Jesus Christ. Passionists take a vow to promote this love and the memory of Christ’s Passion by living a life of contemplation, community and ministry, offering opportunities of spiritual growth and healing to those who suffer or who are marginalized — the disabled, the sick, the dying, the impoverished, and those who grieve or are alone. Today, members of the order continue to carry a message of compassion and hope to 59 countries throughout the world.