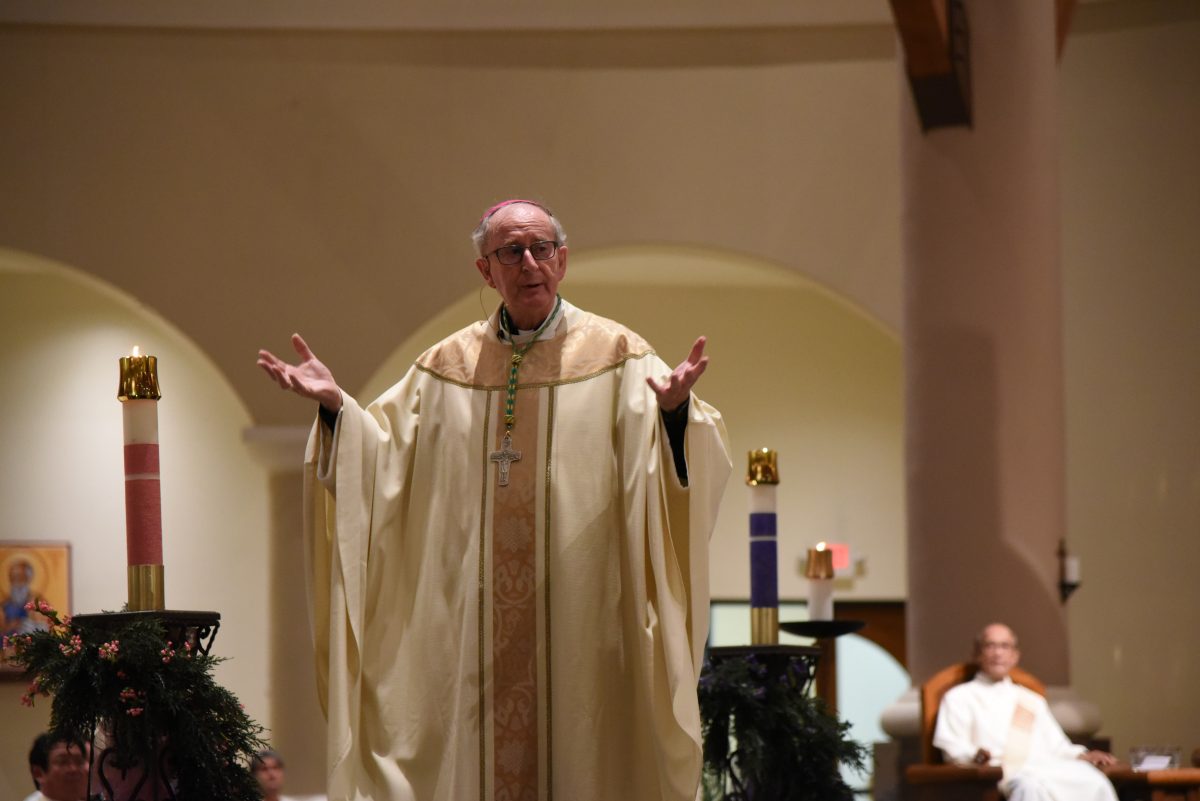 WINTER PARK | Led by the colorful lighted parol, a traditional Filipino holiday season lantern with a 5-point star symbolizing the star of Bethlehem, Bishop John Noonan and a dozen priests and deacons began the third night of the Simbang Gabi novena of Masses. Nearly 400 members of the Filipino community throughout the Diocese of Orlando gathered at Sts. Peter and Paul Parish in Winter Park for the occasion. 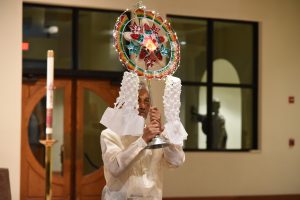 Father Juanito Figura, parochial vicar of Sts. Peter and Paul explained, “The parol, in various styles and sizes, is one of the most popular Filipino Christmas symbols, next to the crèche and the tree. It reminds us of the star that guided the wise men to the place of the Nativity. Churches, homes, shopping malls and, yes, public schools and offices are decorated as soon as Advent begins.” He noted Filipino priests often repeat, “that we should let the light of the parol enlighten our minds and hearts – individually and collectively – so that we may constantly see and feel the Lord in our lives.”

Meaning “evening Mass”, Simbang Gabi customarily takes place in the pre-dawn hours during the nine days leading up to Christmas. This year 23 parishes in the diocese celebrated the Masses at various times, enabling maximum attendance. 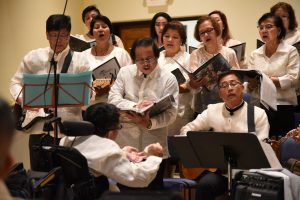 He noted, “It’s very important for the Filipino community to have this tradition. It’s their kind of share in the growth of the faith community—not just of this parish, but of the diocese because this is also a diocesan ministry. I like to look at Simbang Gabi as a celebration, but also a way of introducing our experience of the faith, especially during Christmas. It also helps us share our joy and is a way of integrating ourselves with the other cultures and other people.” 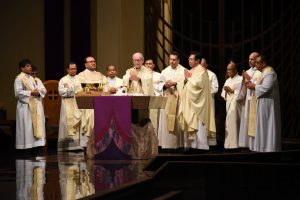 Singing in the Diocesan Filipino Choir since 2010, Marlene Mercadal from St. John Vianney Parish in Orlando, said one word describes why she sings every night of the novena, traveling up to two hours to various parishes. That word is “gratefulness— for the overwhelming love that God already gave to us. This is a way of giving back to Him,” she said. The choir is traditionally a part of the novena. With more than 20 members, the singers proclaim the coming of Our Lord, singing in joyful hope.

Citing the Gospel reading from Matthew, delineating the genealogy of Jesus, from Abraham to Joseph, Bishop Noonan noted the many names listed. He said it helped people see how God fulfilled his promises. Noting their heritage, he told those gathered, “You (the Filipino community) are like one of the tribes of Israel… preparing for the birth of Christ.” The bishop recalled Cardinal of Manila Luis Antonio Gokim Tagle, chosen recently by Pope Francis to serve in Rome because “he can bring the Scriptures to life for the people.” He said, “It’s going to be a very hard thing to let go of somebody you’ve come to know and love, but you are giving a great gift to the wider world.” Cardinal Tagle’s goal is to spread the word of God. The bishop encouraged those gathered to “be spiritual listeners with the heart” and to converse with God, so they might receive His peace and can proclaim God’s word with their life, as modeled by their new cardinal.

Click here for the schedule of the upcoming novena

By Glenda Meekins of the Florida Catholic December 18, 2019