ORLANDO | The day for honoring first responders could not have been more appropriate. In the early hours of Sept. 27, Florida Highway Patrol Trooper and Navy veteran Tracy Vickers died in a car crash on the 408. Clergy, students, and members of various safety and rescue agencies arrived at the Blue Mass midday to pray for those who, like Vickers, selflessly serve their communities.

Minutes before Mass, students from area Catholic schools stood on the sidewalk in awe as a massive American flag unfurled between two tower trucks on Robinson Ave. The flag flanked the front of St. James Cathedral as a reminder of all patriotic heroes who protect America.

Orlando Police Chief Orlando Rolón was on the scene of Trooper Vickers’ fatal crash the morning of the Blue Mass. He noted how the accident drives home the importance of such a Mass. “It means a lot, especially on a day like today, that we are being supported and prayed for. It’s a dangerous job, as we can see by Trooper Vickers’ death.” As a Catholic, he says, “For me, it means a lot to be here today. I came to this church (St. James) shortly after I came from Puerto Rico.”

“Our sympathy goes out to all of you who work so that we can live our lives in peace and safety,” said Bishop John Noonan as Mass began, pausing for a moment of silence.

Deacon Paul Volkerson, a retired captain of the Orange County Sheriff’s Office, stood on the altar close to bishop. “I think it’s important for first responders to see us show our appreciation of the sacrifices that they make,” he said. Having spent 25 years at the sheriff’s office and with two sons in law enforcement, he says, “It’s a much more dangerous world now than when I started 40 plus years ago.” In addition, the on-the-job stress is high. He said that, in Florida, you must enter the department with a healthy heart, yet two officers this year died from heart issues. “I can tell you,” he said, “It’s a lot of stress, not just on the officers, but stress on the families, wives and children. When the husband or wife goes to work, there is always that recognition that they may not come home today.”

By Glenda Meekins of the Florida Catholic September 27, 2019

for the goodness of the earth

for the beauty of the rise of dawn

for the glory of the nightfall

that Your prayer ever surrounds us.

You give us the land and all within it

as a glimpse of Your heart

be of You, with You, in You

You compel us to take courage,

no matter the difficulty.

You place servants before us –

men and women whom

You entrust to safeguard

against our human calamity.

These heralds of blessing

shield the most vulnerable

offer wellspring for the parched

and carry the brokenhearted.

They sacrifice their own life

to yield our living.

We thank you O Lord

for those who bring forth

Your Spirit in our midst.

You are with us.

May we who fix our hope in God

be filled with all joy and peace in believing. 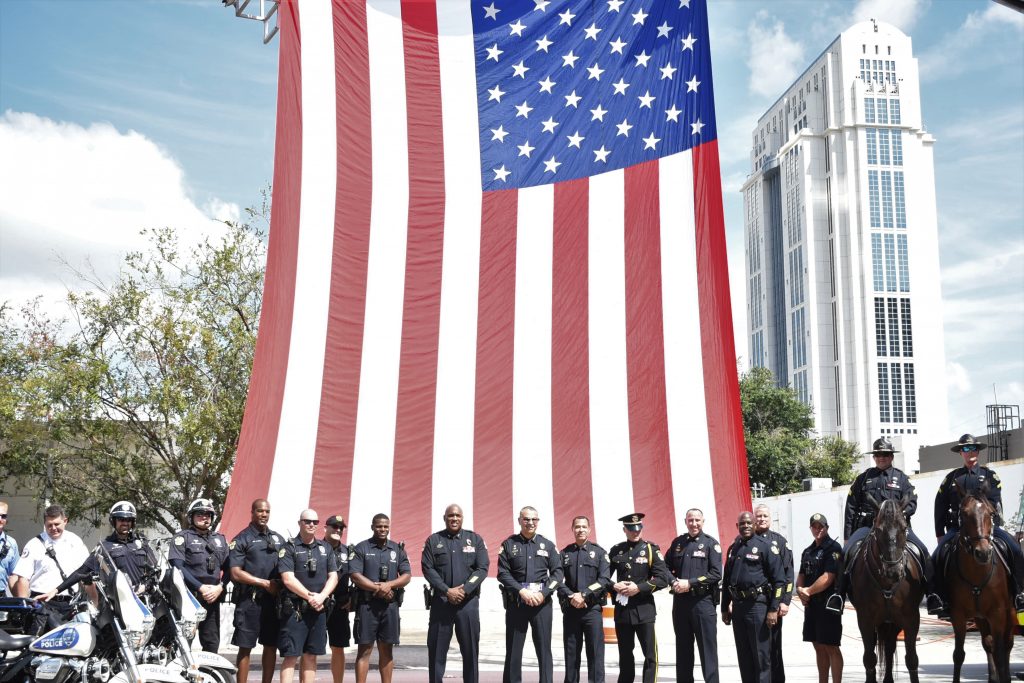 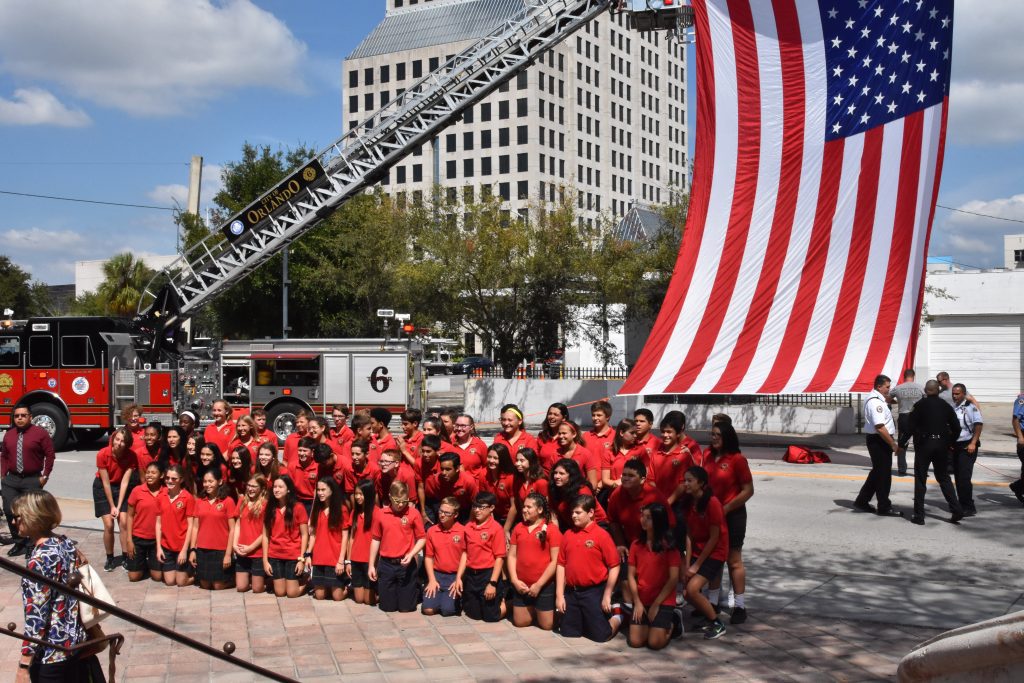 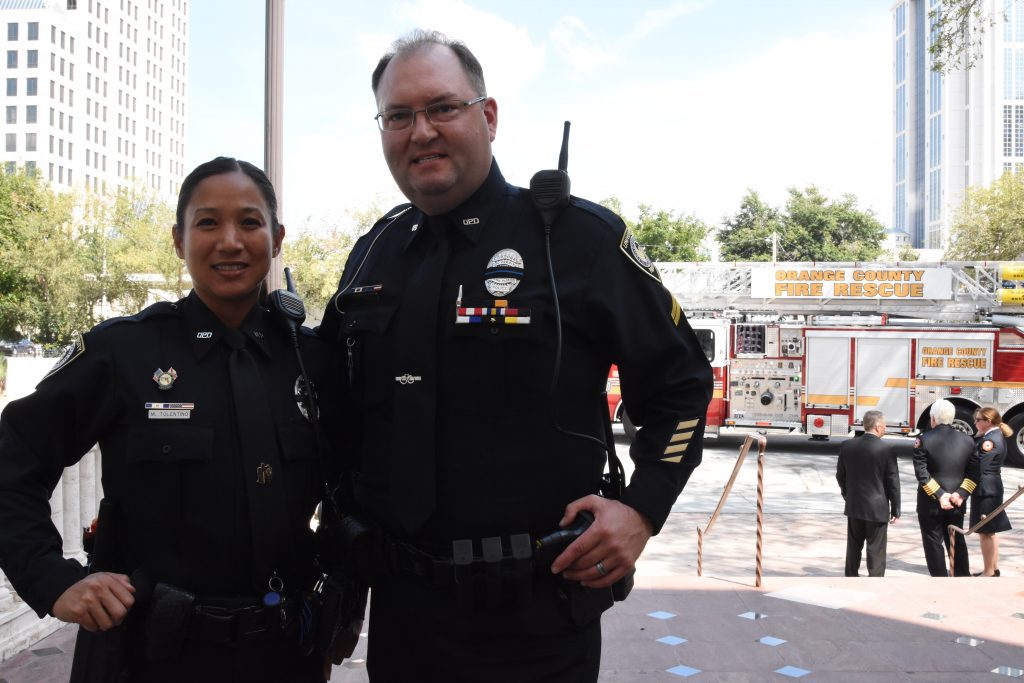 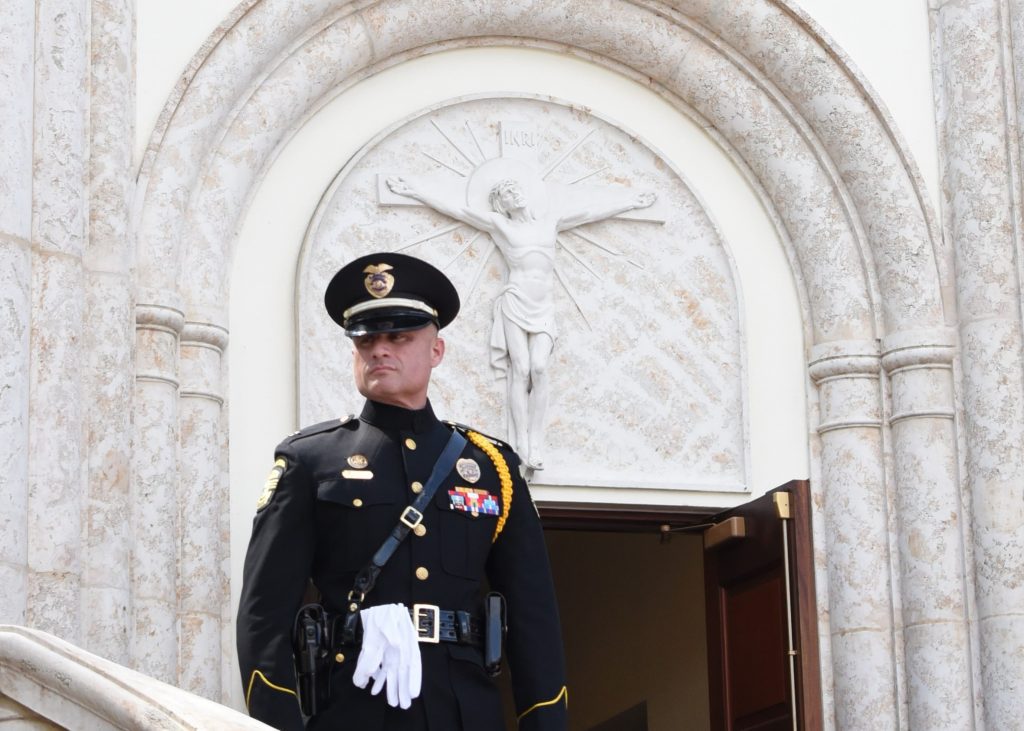 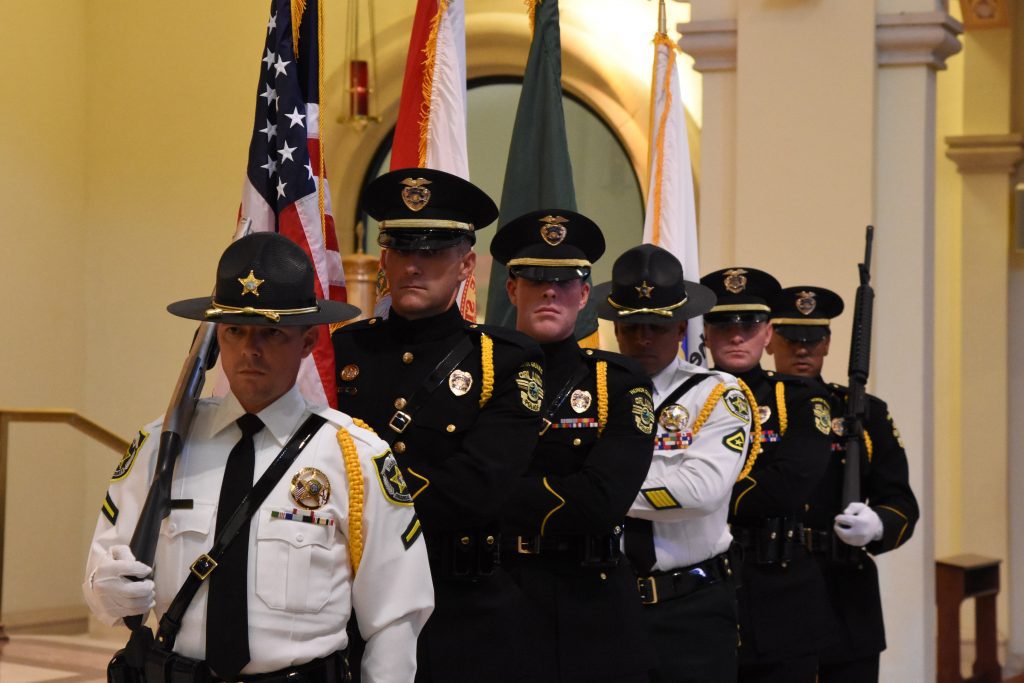 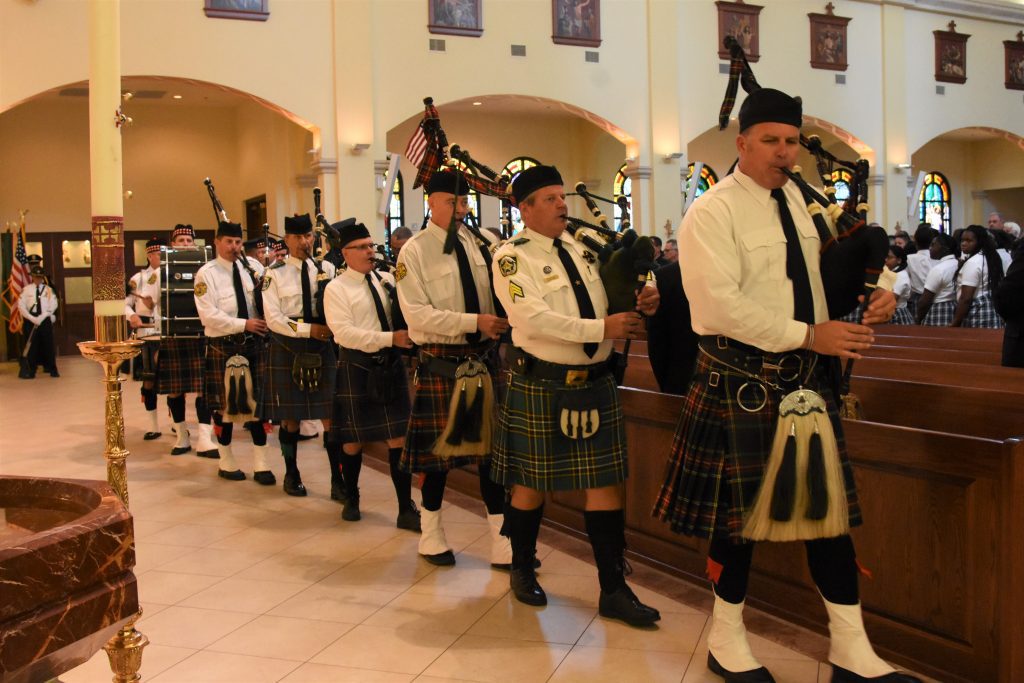 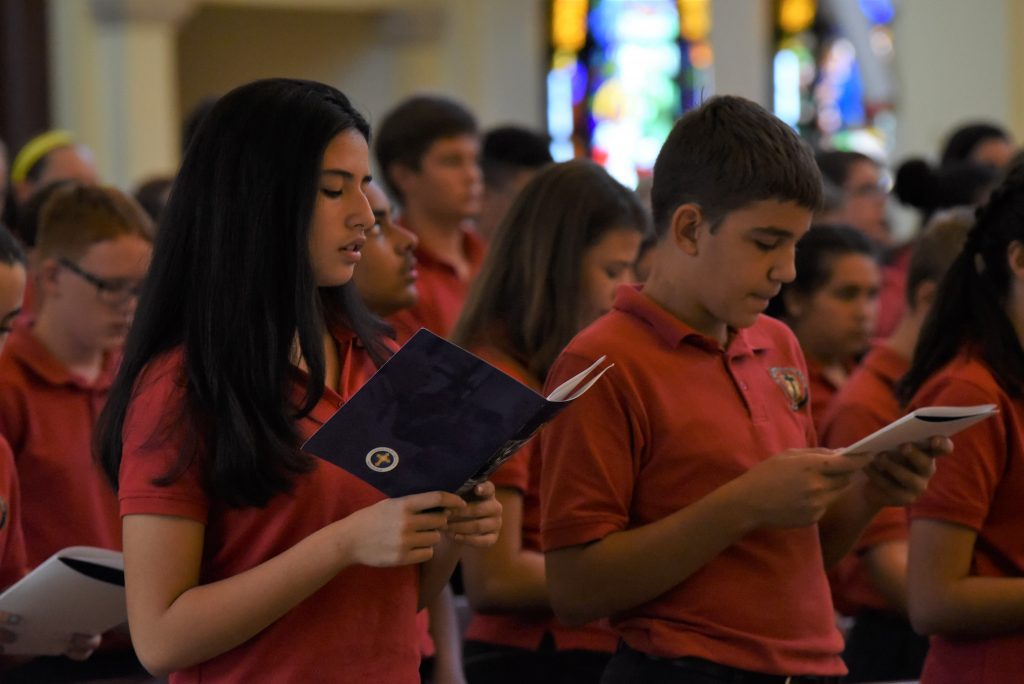 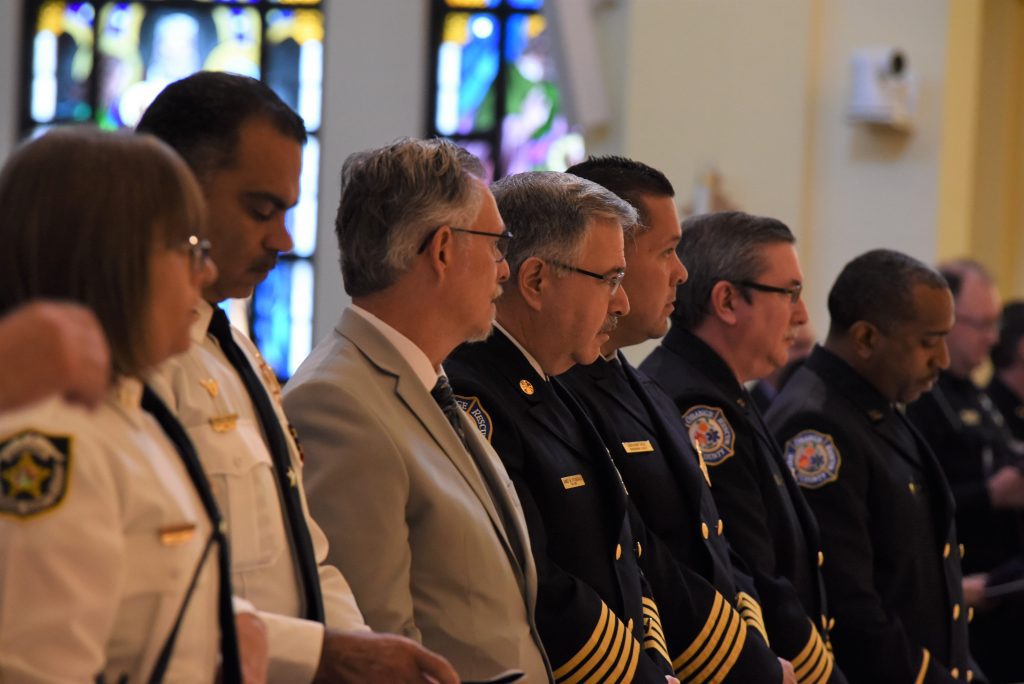 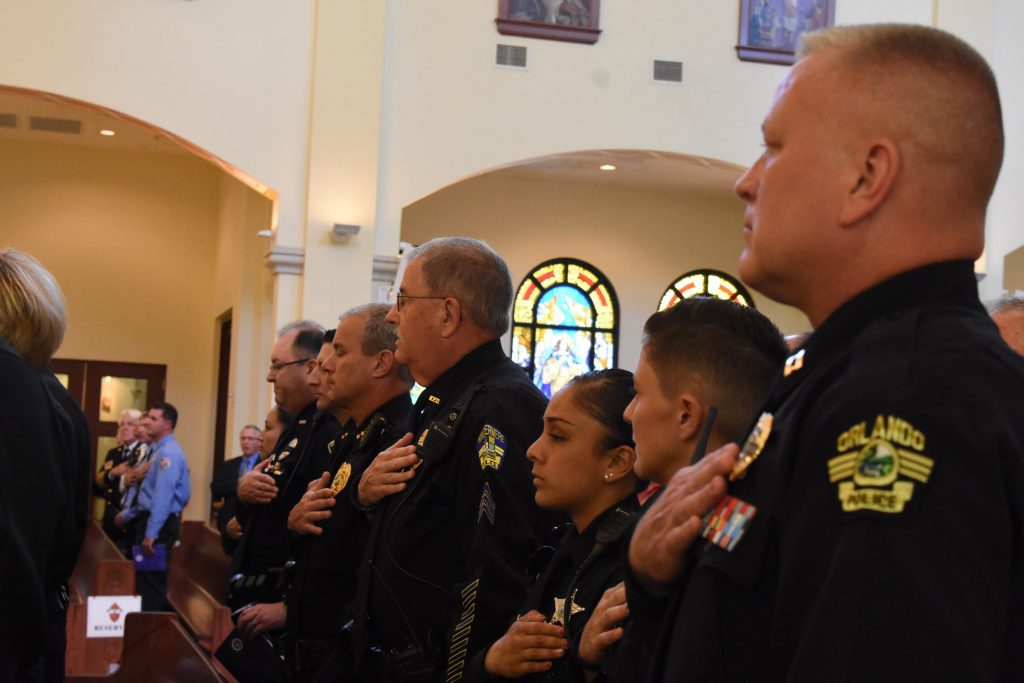 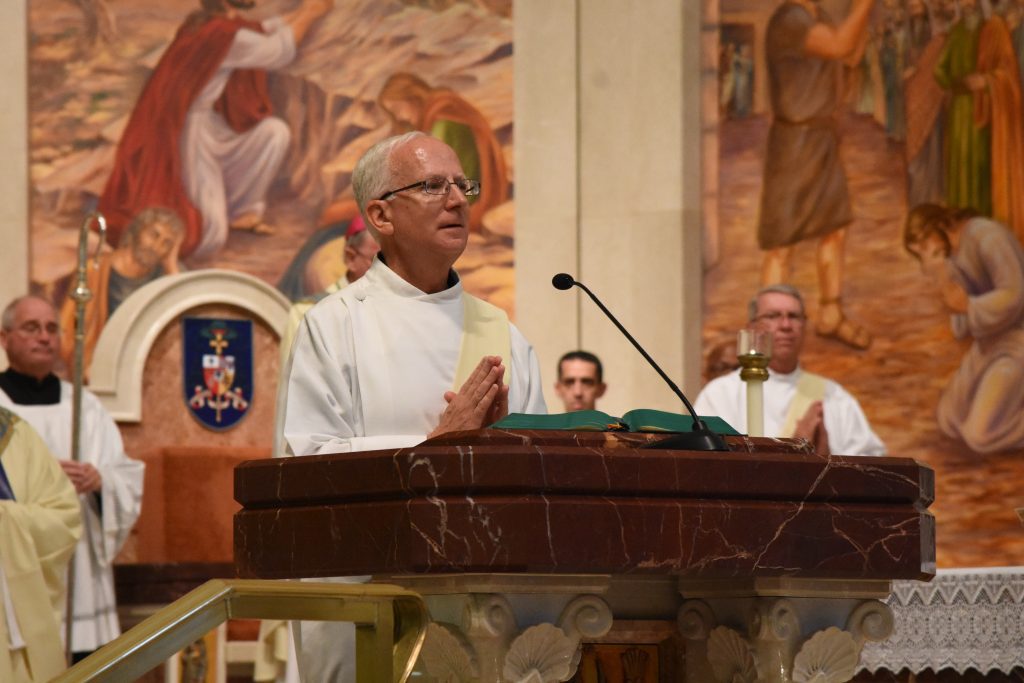 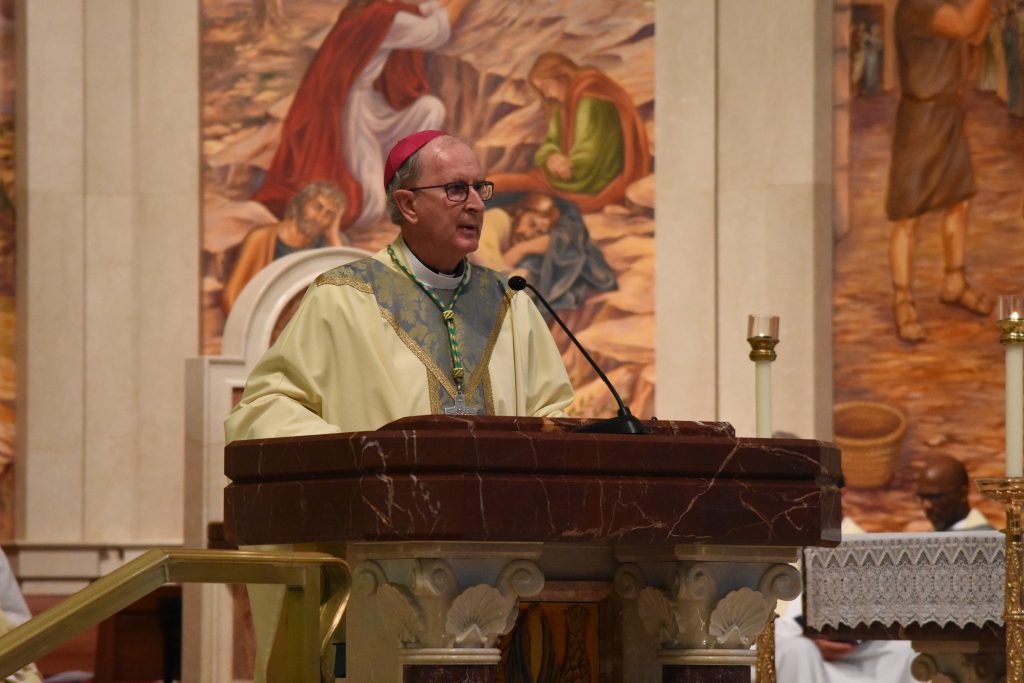 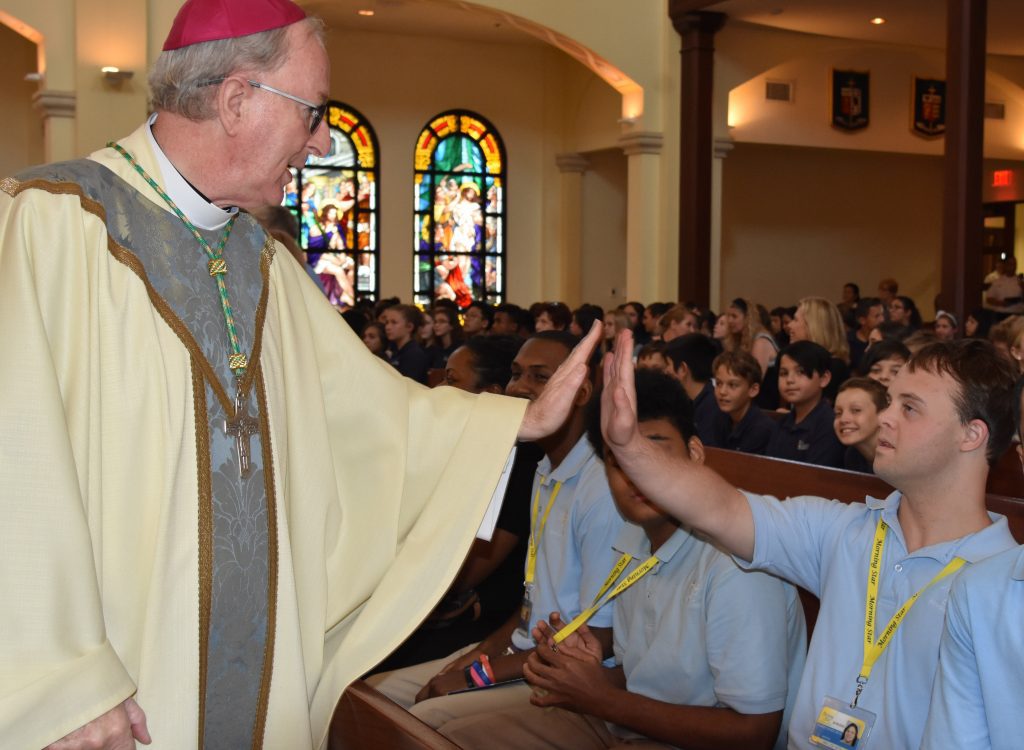 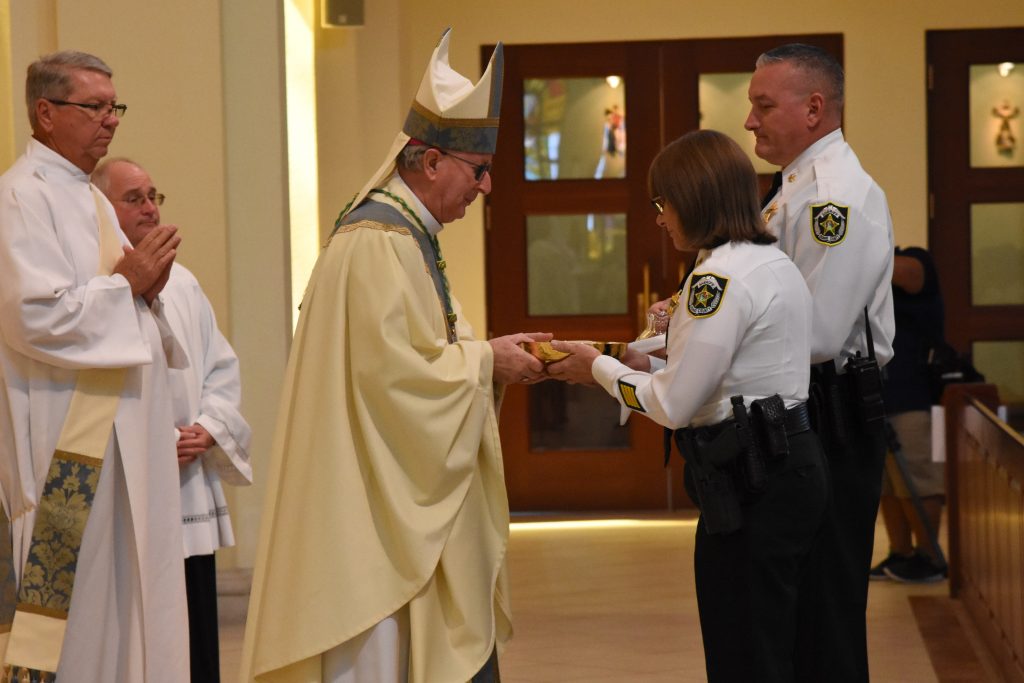 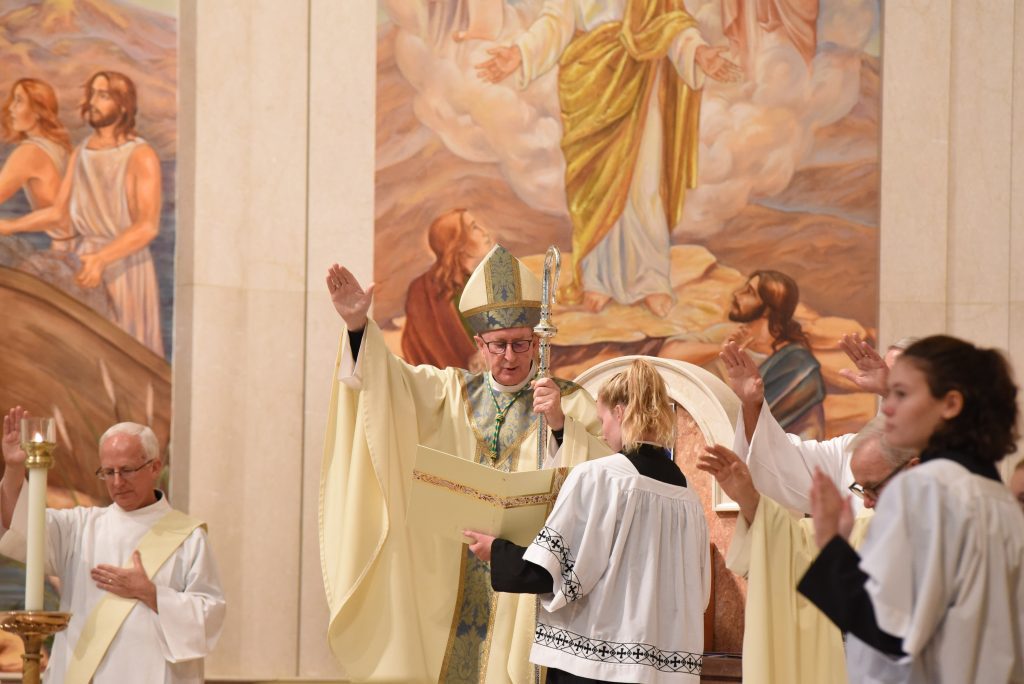 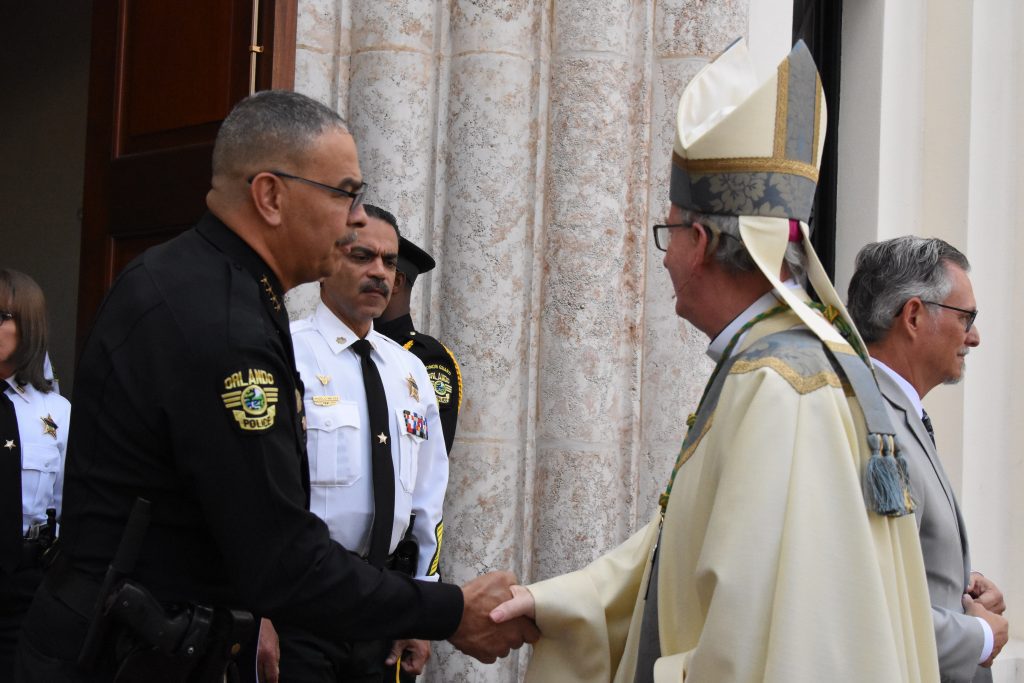 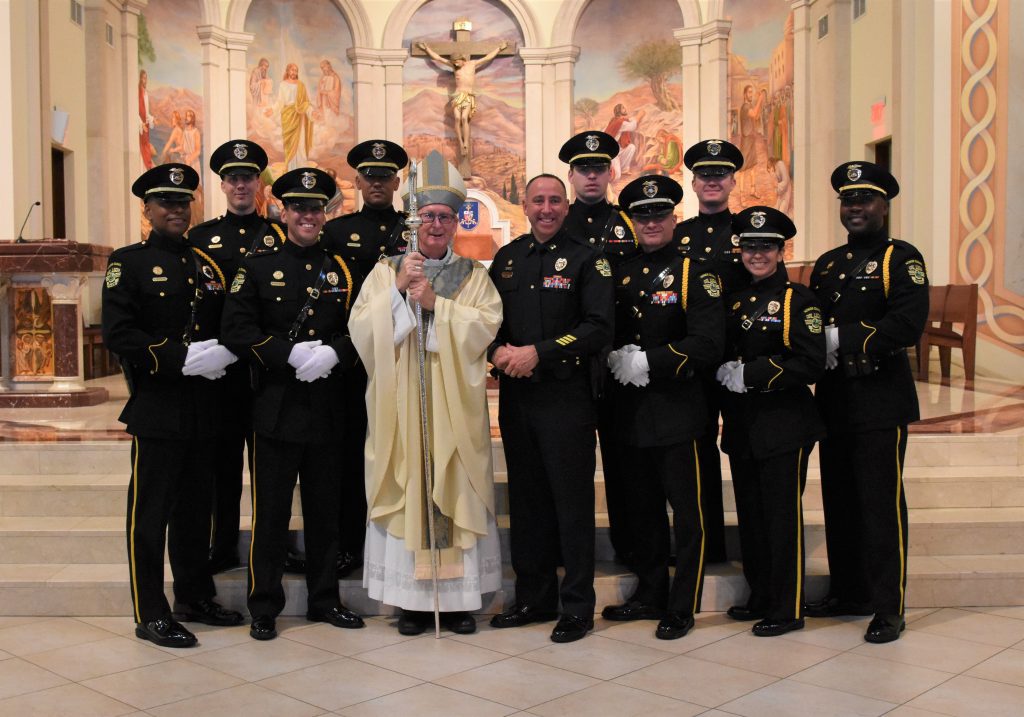 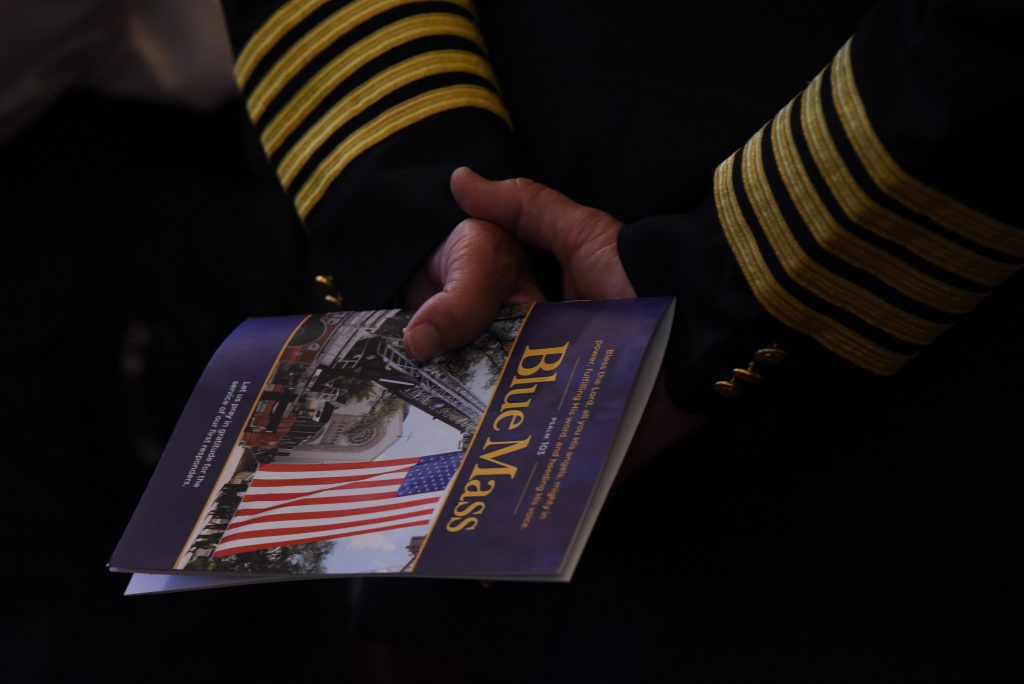