During the Lenten Season, Why Catholic? small Christian communities are meeting for faith sharing and learning about the basic teachings of the Church on the Holy Spirit, the Paschal Mystery, Mary, Mother of God and other topics. 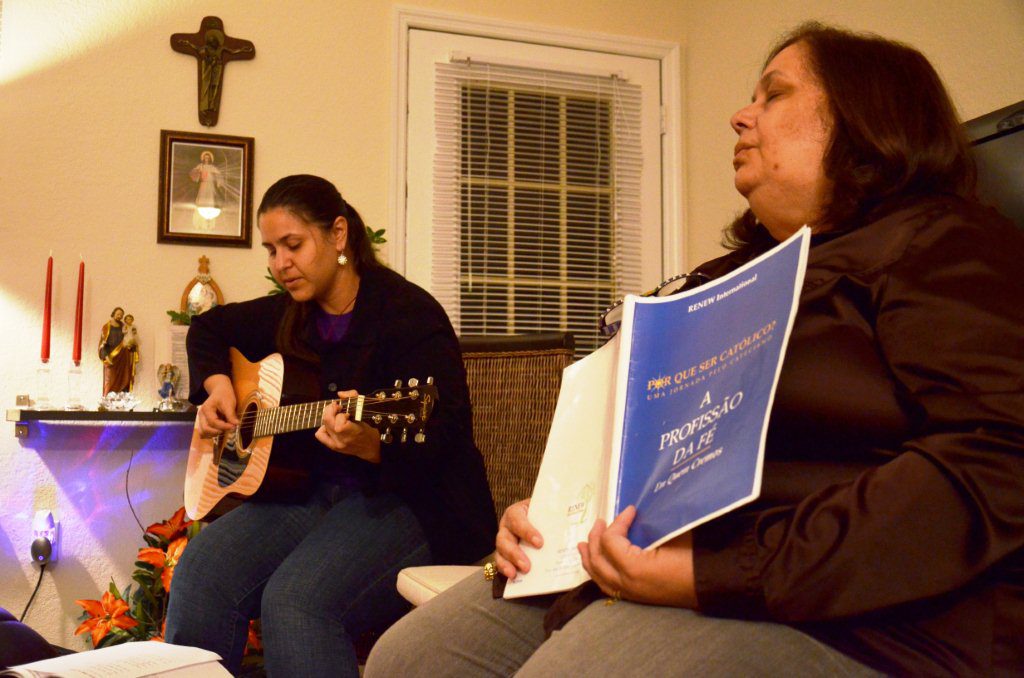 During the Lenten Season, Why Catholic? small Christian communities are meeting for faith sharing and learning about the basic teachings of the Church on the Holy Spirit, the Paschal Mystery, Mary, Mother of God and other topics. Thanks to Vanessa Russo, a Brazilian-American from Church of the Resurrection in Winter Garden, those who speak Portuguese as their native language are also able to participate. Not only is Russo facilitating a small Christian community, she helped with a new translation of the book used by participants.

“We were very grateful and truly amazed at Renew International for their effort to translate Year One: Christian Prayer. As far as I understand, the books had never been translated into Portuguese before, so Renew did it for us, for the Brazilian Catholics in our diocese,” said Russo, “However, as the sessions progressed, we noticed that many of the words and grammar structure used in the book were not the same as we are used to in Brazil.”

Russo added that although the Portuguese speaking groups felt very positive about their Why Catholic? experience after Year One, there were many suggestions to make the translation more familiar to Brazilians. Last summer, Russo and 3 others helped Renew International revise the first draft of the Portuguese translation of Book Two: The Profession of Faith.

“We compared the draft translation to the original one in English as well as to the translation of the official version of the Catholic Catechism and Bible published in Portuguese by CNBB (the Conference of Catholic Brazilian Bishops) to ensure that the translation was as close as possible to the CCC, without distorting the meaning,” said Russo.

It took the facilitators three weeks to revise all twelve of the Year Two sessions, and by September the Portuguese language materials were available just in time to start the Why Catholic? sessions.

Brazilian immigrants in the Diocese of Orlando can better appreciate the tenets of their faith through these Why Catholic? materials.

“Lent is a time of reflection and preparation. When I am gathered in my Why Catholic? group, this time of reflection becomes very tangible and concrete,” said Russo. “Once a week, when we gather at homes to pray, share, learn and walk together, our lives are transformed along the way, and we experience conversion.”