“Called” to the Youth Summit 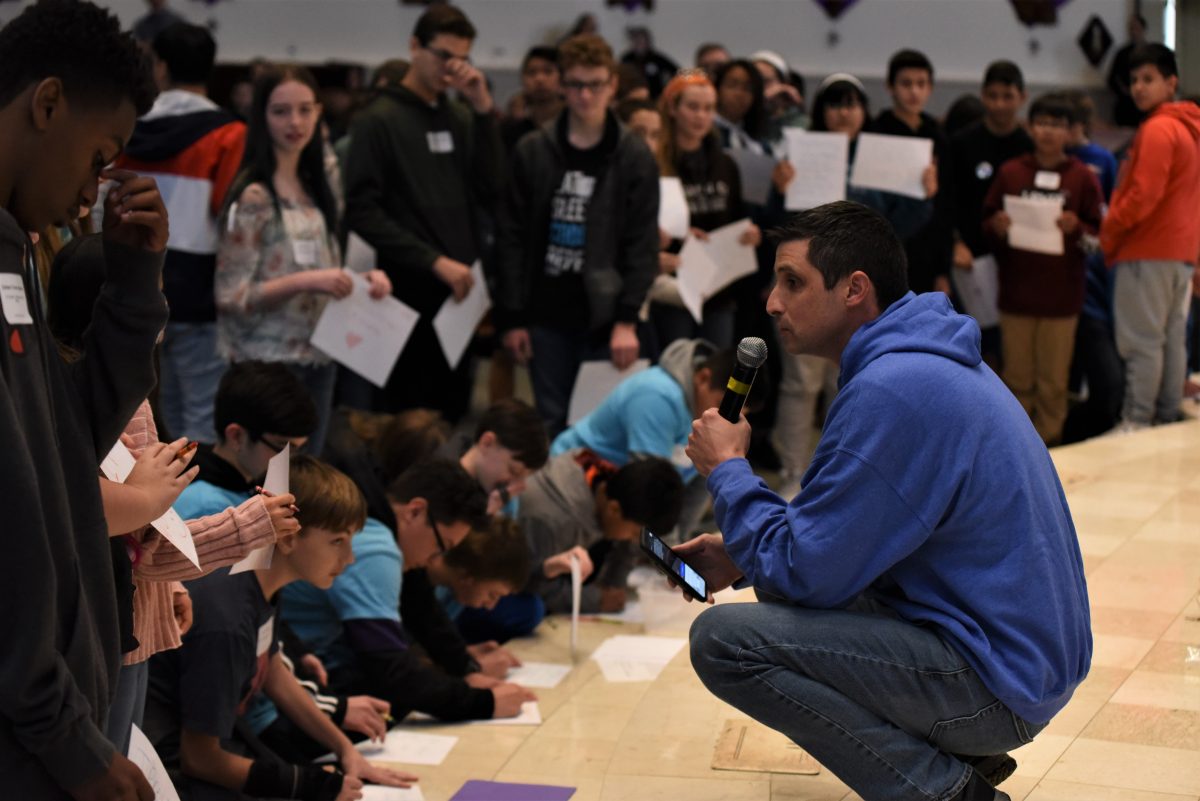 ORLANDO | Music, skits, personal testimonies of faith and time for prayer and reflection set the stage for more than 100 middle and high school youth who came together to hear God’s voice calling them. “It opened my eyes to a new experience, learning new things,” said 8th-grader Daniella. As Confirmation approaches, she said attending the Youth Summit made her feel more confident “to show people the way of God.”

The St. Francis of Assisi parishioner travelled from Apopka with a group of peers preparing to receive the Sacrament of Confirmation. Among the day’s highlights, the Doug and Dave Show’s presentation, “Mass Confusion” – interactive skits set to music and brimming with humor intended to help others understand the Mass. “They (Doug Brummel and Dave Wilson) were hilarious and they taught me about things I never knew, which I love,” said Daniella. She confessed their “goofy” format, costumes and songs made her happy.

The event at St. Charles Borromeo Parish on March 7 was the brainchild of diocesan youth director Carlos Bernard, inspired by Pope Francis’ April 2019 Post-Synodial Apostolic Exhortation Christus Vivit (Christ is Alive). The document is based on the pope’s meetings with young adults over three years, as he sought to learn about their needs and desires. Pope Francis concluded Catholics need to stop telling youth they are the church of the future. “The youth are the church of today, now,” said Bernard. In Christus Vivit, the pope states, “The community has an important role in the accompaniment of young people; it should feel collectively responsible for accepting, motivating, encouraging and challenging them. All should regard young people with understanding, appreciation and affection, and avoid constantly judging them or demanding of them a perfection beyond their years.” (p. 243)

After reading those words, Bernard thought, “Why not walk with them? They’re making adult decisions. The youth of today need accompaniment, so we can help them understand where they are being called in their life.”

The Doug and Dave Show’s “quirky catechesis” as Doug refers to it, appealed to both young and old. Vocationist Father Cyril Offiong, also of St. Francis, was in stitches as Doug’s Church Lady came in clad in pink, wearing two hats, and asking questions about why the priest kisses the altar and Mass participants have to stand up and sit down so much. The combination of Doug’s 20 years of youth ministry and Dave’s award winning Country Music song writing gifts, made their “Catechetical Catechesis” fun, moving and elicited belly laughs and even tears from some in the audience.

WFTV Channel 9 meteorologist Brian Shields testified, sharing his struggles with the faith as a youth and as a college student. Although he felt he had no choice in his Baptism and being raised in the faith, a priest who taught one of his college courses helped him understand that these were gifts from his parents and he could chose to accept or reject them. The idea changed his perspective. He spoke about being Catholic in the world, and how he uses his celebrity to evangelize.

Shields also empowered the youth to “Go and do great things.” His message was not about what young people can do in the future, but what they can do in the present. “Middle and high-schoolers are always looking ahead, but we don’t want to lose the moment we are in and the opportunities that are right in front of us,” Shields said. “Our youth are doing amazing things right now. They are influencers. Look at social media.” With that in mind, he invited those present to write notes, prayers, and joyful messages of hope to the more than 2,000 followers on his Facebook page—many of whom he served as a missionary in Haiti and in children’s hospitals. Within moments of going “live”, their words reached more than 1,000 people. It was a tangible way of showing them the opportunities that lie right before them.

Recalling the late Kobe and Gigi Bryant, Shields noted Kobe’s Catholic faith and how he went to daily Mass. He and Gigi participated in the Mass just before boarding the helicopter, the day of the fatal crash. His point was the importance of living out values and doing small things to strengthen the faith each day. Quoting Mother Teresa of Kolkata, he said, “Do small things with great love,” fueling them to small acts of charity that will change them and the lives they touch.

Darryl Dziedzic, St. Mary Magdalen youth minister and the event’s master of ceremonies, led the crowd through an examination of conscience, then Father Ben Lehnertz and seminarian Kyle Fennesy came forth for the Benediction, ushering in Eucharistic Adoration and inviting the teens to silent reflection and the Sacrament of Reconciliation.

For J.P., a young parishioner at Prince of Peace Parish in Ormond Beach, the hour drive with his friends was worth it. They attended as part of their Confirmation Retreat. He said, “Confirmation is what I’ve been wanting for a while now,” noting his particular interest in taking the classes to learn more. He wanted to be sure of his decision and be informed about his faith. The Called Youth Summit was another positive component of his sacramental journey. The conference and his long period of discernment brought him to the conclusion: “I think I’m called to be Catholic.”

By Glenda Meekins of the Florida Catholic March 11, 2020