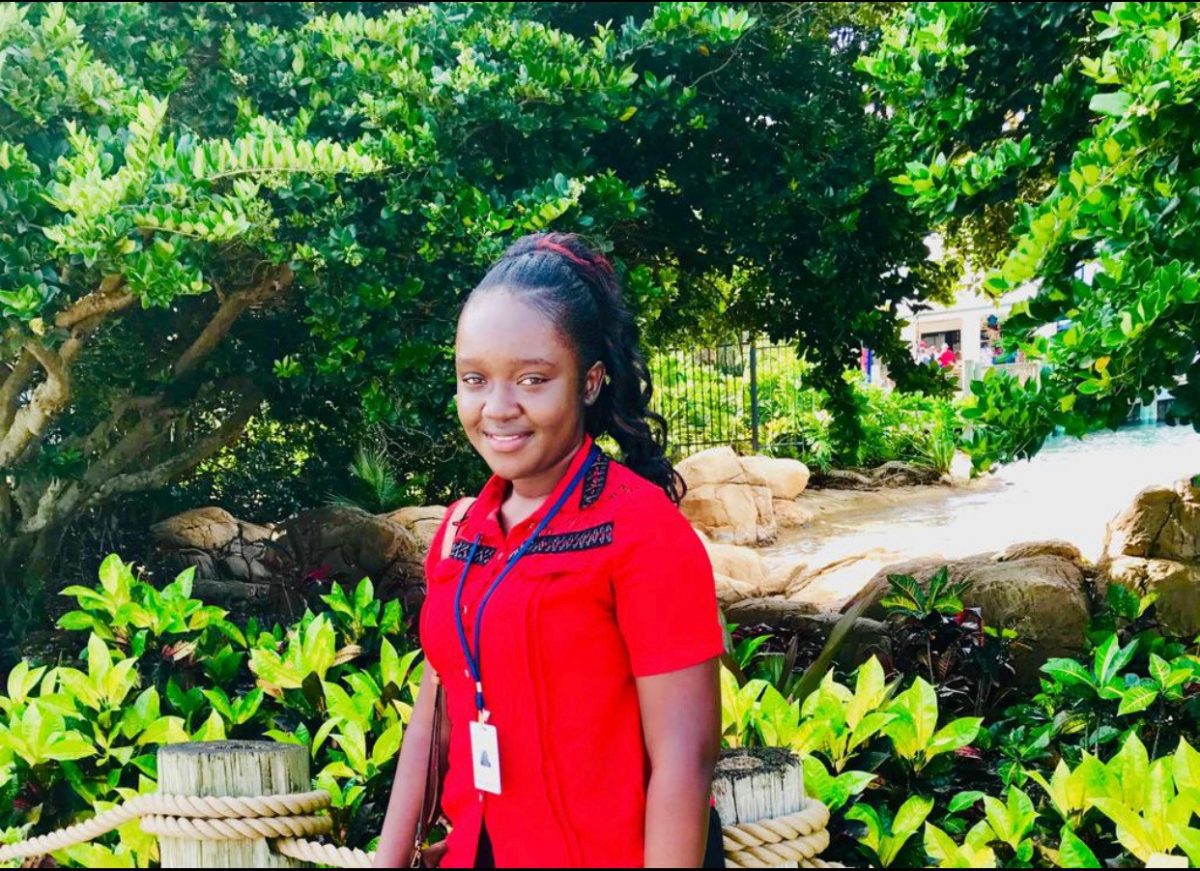 ORLANDO | Catholic Charities of Central Florida continues its legacy of caring for migrants and refugees by the daily practice of “welcoming, protecting, promoting and integrating” them into the American way of life. Pope Francis devoted his message marking the 106th anniversary of World Day of Migrants and Refugees, Sept. 27, to the care of persons forcibly displaced within their own home country because of war, conflict, persecution and other threats. Honoring this year’s theme, “Like Jesus Christ, forced to flee,” Catholic Charities embraces these children of God through programs that recognize Christ in each of them.

Karla Rodriguez is part of that effort. When she was 2 years old, her parents and brother emigrated from Nicaragua to the U.S. It was 1985 and the Sandinista organization, which had overthrown the dictatorship of Anastasio Somoza, was claiming male children to be trained as soldiers. When her parents received a letter informing them they would be coming for their son, the family fled. They arrived in the U.S. not speaking the language and knowing no one. Now an adult with a child of her own, Rodriguez “wanted to give back.” “Growing up I had to do a lot of things on my own,” she said. As a first generation graduate, she wanted to lessen the struggle for others.

Rodriguez is part of the new Comprehensive Refugee Services Mentor Program, the result of a federal mandate to assist displaced youth. The new program compliments the refugee youth program, already in place at Catholic Charities. “Open to clients 15 to 24 years old – the idea is to help clients figure out what they want to do after graduating from high school, learn about careers, colleges, technical institutes, scholarships and other resources available to them,” explained Maria Diez, youth mentor coach at Catholic Charities. “Mentors also guide clients and give them tools to help them pursue their goals in the U.S.” As Pope Francis states in his message, they seek to know in order to understand, to collaborate in order to build up.

Mentoring Maria Paula Polo Ramirez was an opportunity for Rodriguez to fulfill her desire. “As an immigrant, Maria Paula and I have different experiences because she was much older and her immigration process was totally different from mine, but we have a lot to share,” explained Rodriguez. “I share the fear that my parents had for themselves and our livelihood.” The two have in common “that immigrant fear that you won’t fit in, that you’ll lose a part of your culture.” Because her parents, like Ramirez’s, did not speak English, she recalls feeling isolated and having to do a lot on her own.

Ramirez says Rodriguez’s help was “indispensable” to her. She relates to Rodriguez’s story because, after her family received several death threats, they fled to Ecuador. They remained there in a refugee program for several years until their move to New York in 2018. They moved in with family, sharing one bedroom and a common living area. Her mother was pregnant and the strain induced premature labor. Ramirez recalls the difficulty her parents had, not understanding the system, unable to communicate with doctors.

Seeking distance from the traumatic events, the family moved to Central Florida where Catholic Charities helped them with residency documents, to learn the language, and get culturally acclimated. Ramirez took advantage of employment training at Catholic Charities, and when she was ready, an employment specialist drove her to her interview. Maria Diez helped her enroll in Orange Technical College in Orlando to learn English, but Ramirez found it was not challenging enough. Her mentor, Rodriguez, sought out another option and assisted with the complicated process of enrolling an international student at Valencia State College. On Sept. 28, she begins English for Academic Purposes – an program for speakers of other languages designed to bring English skills to a level that will help students be successful in college courses.

“Karla (Rodriguez) has been a total blessing,” said Ramirez. Rodriguez also encouraged her protégée to take biomedical courses at Orange Technical College in preparation for the future. Ramirez would like to be a cardiothoracic surgeon. “With our experience when we arrived, I realized there was a need to offer humanitarian and medical help to immigrants,” Ramirez said. She added Rodriguez’s example of success inspires her to overcome her own obstacles.

Realizing our Lord also fled she said, “I see Jesus as an example. One can think many things about others, but once you walk in someone’s shoes, you understand them better. I see what happened to (Jesus) and in it I find hope…”

Rodriguez says it’s a win win. Working with Ramirez, “helps me live out my faith because I want to leave the world better than I found it… It’s important to have somebody there that gives you that drive to keep pushing.”

By Glenda Meekins of the Florida Catholic, September 23, 2020