CRS is rapidly scaling up its response in the Horn of Africa, committing to a five-year strategy that will directly address the short, medium, and long-term needs of hundreds of thousands of people living in drought-affected areas of Kenya, Ethiopia and Somalia. 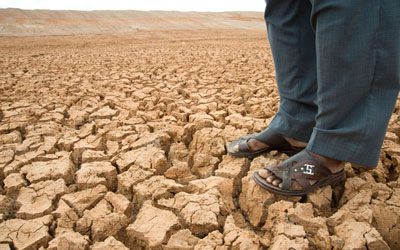 CRS is rapidly scaling up its response in the Horn of Africa, committing to a five-year strategy that will directly address the short, medium, and long-term needs of hundreds of thousands of people living in drought-affected areas of Kenya, Ethiopia and Somalia.

In addition to providing emergency relief to the worst affected communities, as well as to Somali refugees in one of the Dadaab camps in Kenya, CRS is committed to a long-term response that will focus on building the resiliency of communities to lessen the impact of future drought.

“CRS has more than 50 years of experience working in East Africa, and is uniquely positioned to provide immediate emergency relief while at the same time working to continue our long-term drought mitigation projects,” says David Orth-Moore, CRS’ Regional Director for East Africa.

“CRS works towards increasing people’s resistance to drought in the region by helping them to access water sources, providing drought resistant seeds and training on drought-specific agriculture techniques, and some of those efforts are paying off now.”

“Small investments in water infrastructure and agriculture can have very significant payoffs in terms of saving lives and livelihoods,” he adds.

In Kenya, CRS will expand its geographic areas of operation and work with local partners to reach more than 250,000 people. CRS will employ a three-pronged strategy to: 1) respond to the needs of Somali refugees at the Dadaab camps by providing basic household supplies, constructing latrines and showers to maintain hygiene, and working on projects that ensure clean water supply; 2) reduce inter-community conflict between host communities by providing water, livelihoods and livestock support, and 3) alleviate the suffering of 250,000 people in drought-affected communities by improving their livelihoods, health and water, sanitation and hygiene conditions.

In Ethiopia, the CRS-led Joint Emergency Operations Plan has more than doubled its feeding program from 600,000 people in June to more than 1.3 million in August. Focusing on five of the most drought-affected dioceses, CRS will help another 65,000 people through food, water, health, nutrition and livelihood support.

In the long term, CRS will continue its work in Ethiopia in watershed management, a concerted effort to sustain and enhance natural water sources in a given watershed, which has helped communities to resist the kinds of droughts the region is now experiencing.

In Somalia, CRS is expanding its support to local partners to meet the needs of displaced Somalis in camps in major urban centers and also provide services in rural areas to predominantly pastoralist (animal herding) communities. In Mogadishu and Baidoa, CRS’ support is helping 28,000 displaced Somalis with health and nutrition services. In addition, CRS’ food, water and livelihoods support is helping 35,000 drought-affected Somalis in the south-central part of the country.

“While working to alleviate the immediate human suffering, CRS recognizes the importance of long-term drought mitigation programs, and we’ve seen that some communities are faring better now during this current drought because of those projects,” Orth-Moore says.