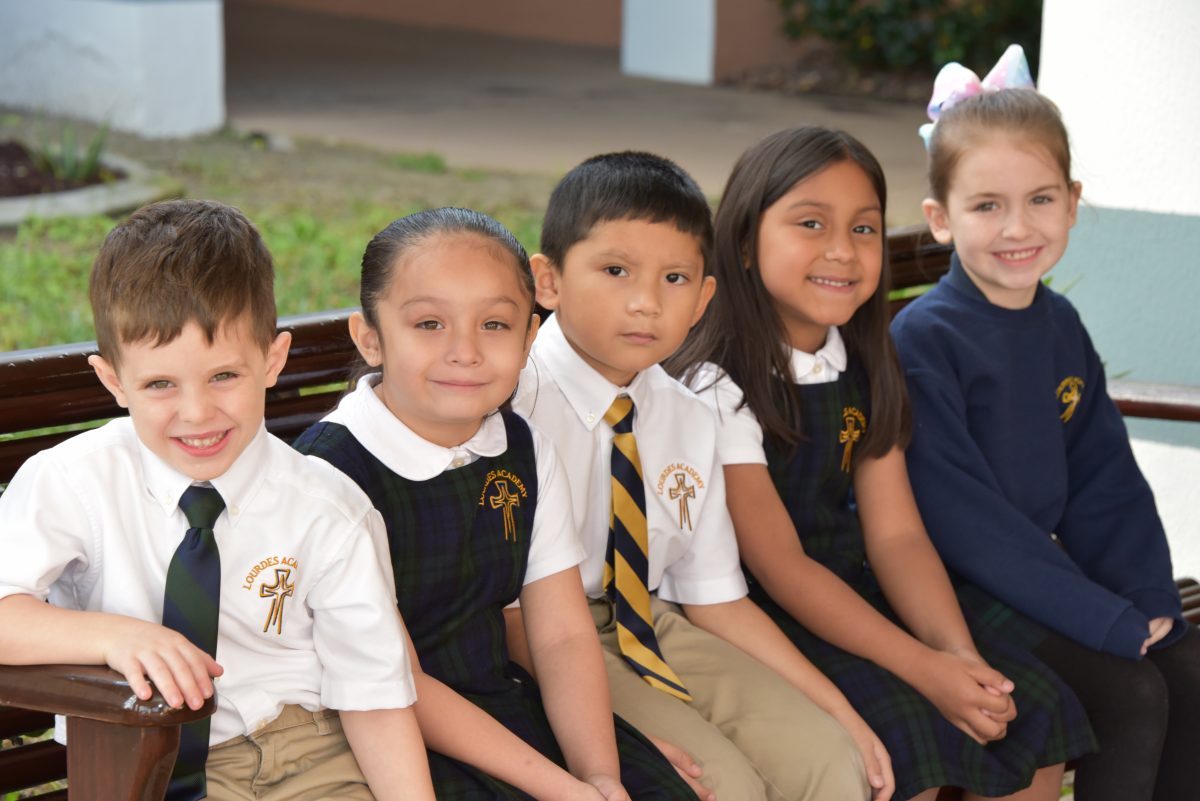 ORLANDO | Over the past decade, Henry Fortier has sought to animate the values of Catholic social teaching in the Diocese of Orlando’s Catholic schools, so that staff and student bodies may better reflect local communities and promote the dignity of each person. “We’ve been very intentional about making sure that we reflect the breadth of God’s family,” the Superintendent of Catholic Schools said. “It is personally important to me as a multi-racial person whose son is an African American teacher in the diocese.” His efforts are bearing fruit and offer much needed hope in a time despondency.

At the height of escalating tensions during the Civil Rights Movement and the Cold War, Pope Paul VI gave the Church Gaudium et Spes to remind God’s people that, “The equality of men rests essentially on their dignity as persons and the rights that flow from it. Every form of social or cultural discrimination in fundamental personal rights on the grounds of sex, race, color, social conditions, language, or religion must be curbed and eradicated as incompatible with God’s design” (Catechism of the Catholic Church 1935). This is the message Fortier promotes, albeit, not without some obstacles. 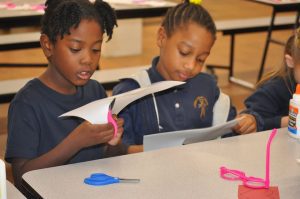 When he arrived at the diocese in 2011, the Florida dioceses capped the use of educational tuition supplements like Step Up for Students to 25%. He believes the rationale was borne out of concern that, if the state funds discontinued, it would jeopardize school stability. His experience working in inner city Catholic schools in Baltimore and New York had taught him differently. “The more you use them, the more voters you have involved in them, the less likely they are to go away,” he said. Nine years later, the Diocese of Orlando schools are the largest user of state scholarships per capita of students registered.

He also speculated there was a concern that “it might change the culture”. He set out to increase the availability of scholarships so that school populations would better reflect their parish communities. He recalled doing “town hall meetings” in schools because “parents got very upset”. “We heard quotes like, ‘We send our kids here so they don’t have to be with those children. So we’ve worked very hard with our communities in helping them understand that poverty doesn’t equate anything – less intelligence, learning slower, bad behavior, nothing. Neither does the color of the skin. People often equate Step Up to being Black or Hispanic,” he explained.

Fortier noted, based on results of annual standardized test scores, diocesan schools “have continued to increase in their performance year after year, even though we have increased students on the scholarship funds.” He added, “All of our schools are above the national average.”

Sandy Basinger, principal of St. Mary Catholic School in Rockledge remembers arriving 23 years ago and finding little diversity on her campus. Despite a large Hispanic community, few attended thinking a Catholic school education was beyond their reach. “In the many of the countries where they are from (Puerto Rico, Mexico, and South America), only wealthier families could afford a private Catholic education. Consequently, when they came to the United States, they did not inquire about our school,” she said. Her school began actively promoting Step Up for Students, Family Empowerment, and AAA scholarships, which are needs based. Today, when she walks campus, she sees the community in which it resides.

Basinger concedes, “Diversity is a hot button issue in our world today, and it is important that students of all diverse backgrounds learn about each other’s cultures.” She added, “They can then realize that we are all part of the body of Christ, the universal Church, and that we all have dreams for our families and our futures. This is an exciting time to be part of a Catholic School because we live this every day. This is who we are as Catholics.”

In Daytona Beach, Lourdes Academy tells a similar story. Principal Stephen Dole describes efforts as “grass roots”. He and Our Lady of Lourdes Parish pastor, Father Phil Egitto, go out and “spread the word”. Uniquely placed between struggling neighborhoods to the south, and million dollar homes to the north, Dole and Father Egitto intentionally attend local events in their city to “target students from all socio-economic backgrounds, including our brothers and sisters in the African American communities, Hispanic communities,” said Dole. Both men speak at churches within the Black Clergy Alliance, welcoming more than just Catholics. “We’re very active, engaged, and involved. We have a good pulse of what’s going on in our community and we are right there.” 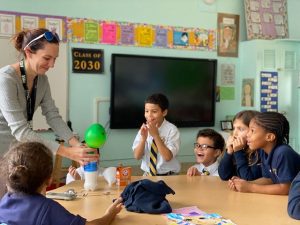 Meeting the demands of advances in technology and the sciences, tuition has steadily increased over the past several decades, often making a Catholic education beyond the means of many. To level the field, the school works with families to provide scholarships, which cover most of their tuition. Average tuition at Lourdes is $6,800 and this varies from school to school. Up to $6700 may be covered for tuition with certain programs.

“Catholic education has become a game of the haves and have nots,” said Dole. “If you have or have not, you benefit. If you’re right in the middle, and you are so hardworking, but it’s just not enough, you’re stuck and there’s no help for you.” This is where scholarships can bridge that gap.

Today the school has a conglomeration of Hispanic, African American, White, Indian, Thai, and Chinese students, and more. Last year, in one 6th grade class, 11 different languages were spoken. “When you consider that, it is what we work with in real life. Both intentionally and unintentionally, we are preparing these kids for their future by the kids they sit next to,” he said.

Believing a diverse student body reflects love of God and love of neighbor, Dole notes the parish and school mission, “We love the God we cannot see, loving the neighbor we can.” 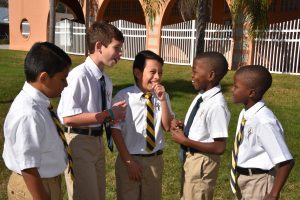 But loving your neighbor can be difficult depending on one’s enculturation and life experience. Fortier acknowledges there have been difficulties. “There are challenges. There’s learning opportunities that have to take place. Students bring outside views that may be inappropriate or insensitive. Issues have come up with confederate flags on campus that we have to take seriously and address in the moment. Students should never be made to feel uncomfortable or unwelcome in a Catholic community. We are getting better and more intentional about educating when those things happen,” he said.

Fortier is pursuing that intentionality through exposure. Serving on an advisory board of the National Catholic Education Association (NCEA), a team is looking at supplemental materials at all grade levels related to racism and education, to incorporate a more diverse curriculum of Hispanic and Black Americans being part of our cultures. In high schools, there will be a review of required reading and an enrichment from authors of various cultures. He is also inviting principals to look at providing diverse art and religious imagery in their schools, so that, “in our communities, they can have a truer picture and deeper understanding of God.” He said, “If we are all made in God’s image, then God has many images that we should reflect in our schools and churches.” He added, “It’s not necessarily who’s sitting next to them in class if they are not in a diverse community, but what are they learning about the richness of God’s diverse family.” 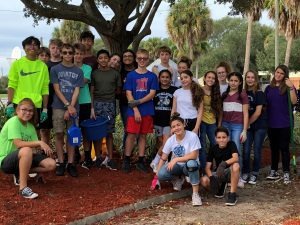 Another area of change is within faculty and administration. “I am very aware when I’m visiting the schools, of my Black and Hispanic staff– who they are – and I’m constantly talking to the principals about finding our future qualified leaders in a diverse format.” To recruit qualified, skilled educators from diverse backgrounds, he is forming partnerships with historically Black universities and the Ana G. Méndez University, “so that the colleges are aware that we are a site that will help; where they can place their college interns in an environment where they are welcome and have an opportunity to grow as professionals.”

Currently, he formed a committee to examine the U.S. Conference of Catholic Bishops pastoral letter, Open Wide Our Hearts, from a social teaching perspective, but also designing a high school course around the document.

In a video address to teachers, Aug. 12, 2020, Fortier set the tone for the year ahead, calling to mind the divisions the country is facing in the insidious shadow of persistent racism and political division. He reminded teachers, “If one member of God’s family suffers, we all suffer.” He urged them to “be more authentic in (their) faith, looking at issues of solidarity, walking together with the poor and the oppressed… (these) bring us to a deeper, more authentic understanding of who God is, revealed to us through Scripture and the teachings of the Church.”

To listen to a podcast with Henry Fortier and Dr. RaeNell Houston, Superintendent of Catholic Schools for the Archdiocese of New Orleans, discussing Open Wide Our Hearts, the USCCB document on racism and its implementation in Catholic schools, go to: https://www.listennotes.com/podcasts/ncea-podcast/open-wide-our-hearts-GEquRTHonrX/

By Glenda Meekins of the Florida Catholic, August 19, 2020