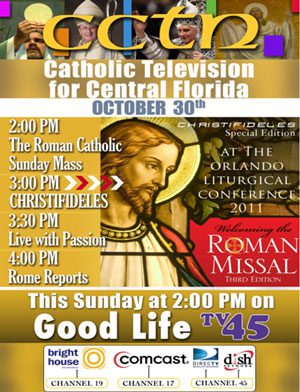 CCTN presents a new episode of “Christifideles” — October 30 from 3:00 p.m. to 3:30 p.m. The show will focus on the new translations found in the 3rd Edition of the Roman Missal to be introduced at all Catholic churches the first Sunday of Advent, November 27. The interviews were filmed during the Orlando Liturgical Conference..