Church Plays An Important Role in the Integration of Migrants

In the Holy See Press Office Cardinal Antonio Maria Veglio and Archbishop Joseph Kalathiparambil, respectively president and secretary of the Pontifical Council for the Pastoral Care of Migrants and Itinerant Peoples, presented the Pope’s Message for the ninety-ninth World Day of Migrants and Refugees, which falls on 13 January 2013 and will have as its theme: “Migrations: Pilgrimage of Faith and Hope”. 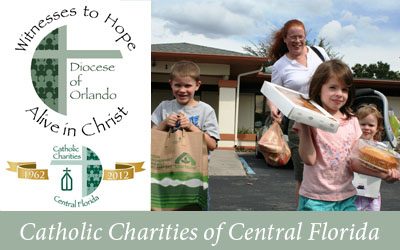 In the Holy See Press Office Cardinal Antonio Maria Veglio and Archbishop Joseph Kalathiparambil, respectively president and secretary of the Pontifical Council for the Pastoral Care of Migrants and Itinerant Peoples, presented the Pope’s Message for the ninety-ninth World Day of Migrants and Refugees, which falls on 13 January 2013 and will have as its theme: “Migrations: Pilgrimage of Faith and Hope”.

“Today the phenomenon of migration is striking for the vast number of people involved”, said Cardinal Veglio. “Suffice it, for example, to read the International Organization for Migration’s World Migration Report 2011, which estimates a total of 214 million international migrants”. To these must be added internally displaced persons, who numbered around 740 million in 2010. “Adding the two figures together, we see that nearly one billion human beings, a seventh of the global population, is today experiencing some form of migration”, the cardinal said.

“On their existential pilgrimage towards a better future, migrants carry with them feelings of faith and hope, even if they are not yet aware exactly what they are searching for. To say that they are trying only to improve their economic or social situation would be to over simplify the issue. … It is true that not all migrants – even if they have a profound faith that, in migrating, God will be at their side – consider their journey as a movement towards God; i.e., a journey animated by faith. Nonetheless, it is precisely the people who do not yet know that they can discover God Who stretches out his hand to them, who may experience (and especially in countries of ancient Christian tradition) the genuine goodness of many ecclesial institutions who welcome and help them.

“It is, in fact, here in the immense context of migration”, the president of the pontifical council added, “that the Church is called to show her maternal solicitude without distinction. In his message, the Holy Father identifies two channels for activity, which are not parallel but complementary. On the one hand is the more tangible element which, we could say, is more easily identifiable by the mass media and takes form in ‘the creation of programs aimed at meeting emergencies’. … This is the most immediate form of attention. … The second element, more laborious and less ‘media friendly’ because it often requires a change of mentality, is: … supporting and accompanying the integration of migrants into their new socio-cultural surroundings”.

Cardinal Veglio then went on to point out that the message for this World Day is being presented soon after the Pope’s journey to Lebanon. “Thus”, he said, “our gaze can turn specifically to the countries of the Middle East where the presence of Christian migrants, among believers of other religions, has a significant role in creating the very special identity of that region. … And this is true not only of the Middle East, but of the entire world. The phenomenon of migration obliges us to encounter different lifestyles and different cultures, stimulating the creation of new relationships”.

“The Church plays an important role in the process of integration”, the cardinal concluded. “She does this by accentuating the centrality and dignity of the person, emphasizing the protection of minorities and appreciation for their cultures; the contribution of migration to universal peace; the ecclesial and missionary dimension of migration, and the importance of dialogue and encounter within civil society, the ecclesial community and different confessions and religions. Moreover, in her efforts to resolve the human, social and religious problems of emigration, the Church does not fail to give this increasingly significant phenomenon a distinctly humanist and Christian imprint”.

Archbishop Kalathiparambil focused his remarks on the issue of refugees, highlighting the growing difficulties they face in seeking asylum. He made particular mention of the restrictive measures imposed by certain States “to hinder access to their territories”, such as “the requirement of visas, sanctions applied to transporters, and lists of safe countries of origin. These measures”, he said, “have encouraged the activities of smugglers and traffickers, and led to dangerous sea crossings during which far too many human lives have already been lost”.

The archbishop went on: “All this comes about despite the international community’s obligation to protect refugees and asylum seekers, out of respect for the Declaration and the spirit of human rights, refugees’ rights and international humanitarian law. Access to requesting asylum comes first and foremost; this also includes such primary needs as food, shelter, clothing and medical assistance, but also the right to work and free movement. It cannot be over emphasized that asylum seekers find themselves having to travel beyond the frontiers of their own countries, and it is their right not to possess valid travel or identity documents”.