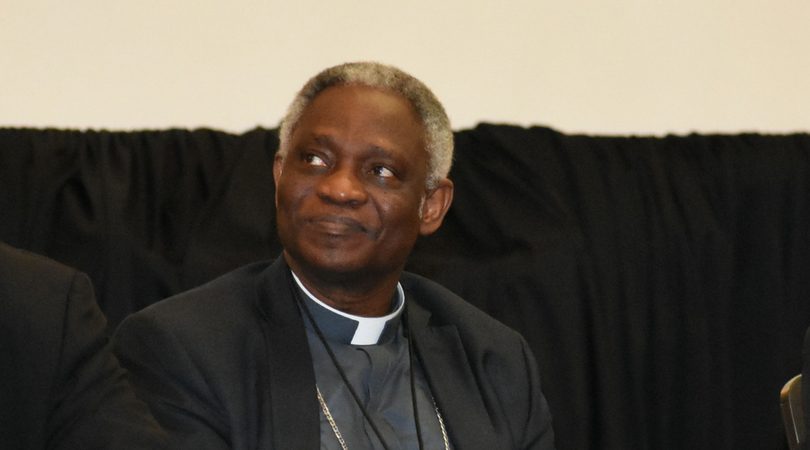 Their mission is clear- protection of human dignity at all costs. Clergy from eight states convened at the national conference for Direct Action Research and Training in Altamonte Springs Feb. 7-9. For more than 30 years, DART has united people of all faiths. This specific conference was designed to assist clergy in creating ministries within their congregations that advocate social justice.

Cardinal Peter Turkson of Ghana, the keynote speaker, was recently appointed Prefect to the Dicastry on Integral Human Development by Pope Francis and spoke about the pope’s preference for a “bruised and battered church,” a phrase excerpted from his Apostolic Exhortation “Evangelii Gaudium” or “Joy of the Gospel.” Relaying the pope’s message, Cardinal Turkson noted, “Two things in this world are crying for attention and for care: the poor ones in our midst and creation or nature which is also being abused.”

He told the clergy, “For Pope Francis, the experience of the pastors cannot be different than the experience of the church. All of the experiences you are sharing are an attempt to get the love of Christ revealed to many others in our society.” He noted discernment of God’s will must come first. “Then we will never get discouraged. We will never feel despair, because God sustains us and makes us successful in all that we have to do.”

Speaking to the Catholic caucus, Archbishop of Miami Thomas Wenski said Catholic social teaching can be summed up in one sentence: “No man is a problem.” He added, “Catholic social teaching allows us to look at people in ways that are respectful of their dignity. When we allow ourselves to see people as problems, we give ourselves permission for solutions, and the 20th century is a century about final solutions.” Recognizing the difficulty of the task he told them, “These associations help us marry Catholic social teachings with action in our parishes—it helps put the walk and the talk together.”

To help those gathered do just that, the conference focused on Scripture text studies. Broken into groups, the participants studied the Scriptures through the lens of social justice, discerning what Jesus was calling each to do. Bishop John Noonan explained, “This is the gospel in action, where the Word of God really takes root in our lives. It comes out of the faith and strength of the people that leads them to action. This is what it’s about.”

Local groups such as PEACE in Polk County and FAITH in Volusia County reported on their progress with increased use of civil citations for minors instead of youth arrests. Leaders from FAITH explained how, with the help of Catholic Charities, they broke ground on a new shelter for the homeless in Daytona Beach. Father Chris Hoffmann, pastor of Our Lady of Hope in Port Orange and co-chair of FAITH said, “When I was made aware that justice can be very local, very real and very tangible, I said that’s what I want to do and I want my congregation to be part of it.” He said such conferences help re-energize his efforts and remind him of his calling to care for those in need.

In closing the Catholic caucus, Cardinal Turkson called to mind, “For us Catholics, a big part of our celebration (of Mass) is the broken body. The Eucharist that sustains and nourishes us is foremost broken. So the brokenness is basically what our lives are. We nourish and feed ourselves with the broken body. Inviting us to nourish and develop within us this brokenness. Without a life being broken, no love is ever shared.”

Echoing “Evangelii Gaudium”, paragraph 49, he concluded: “More than by fear of going astray, my hope is that we will be moved by the fear of remaining shut up within structures which give us a false sense of security, within rules which make us harsh judges, within habits which make us feel safe, while at our door people are starving and Jesus does not tire of saying to us: “Give them something to eat” (Mk 6:37).”

By Glenda Meekins of the Florida Catholic – February 12, 2018