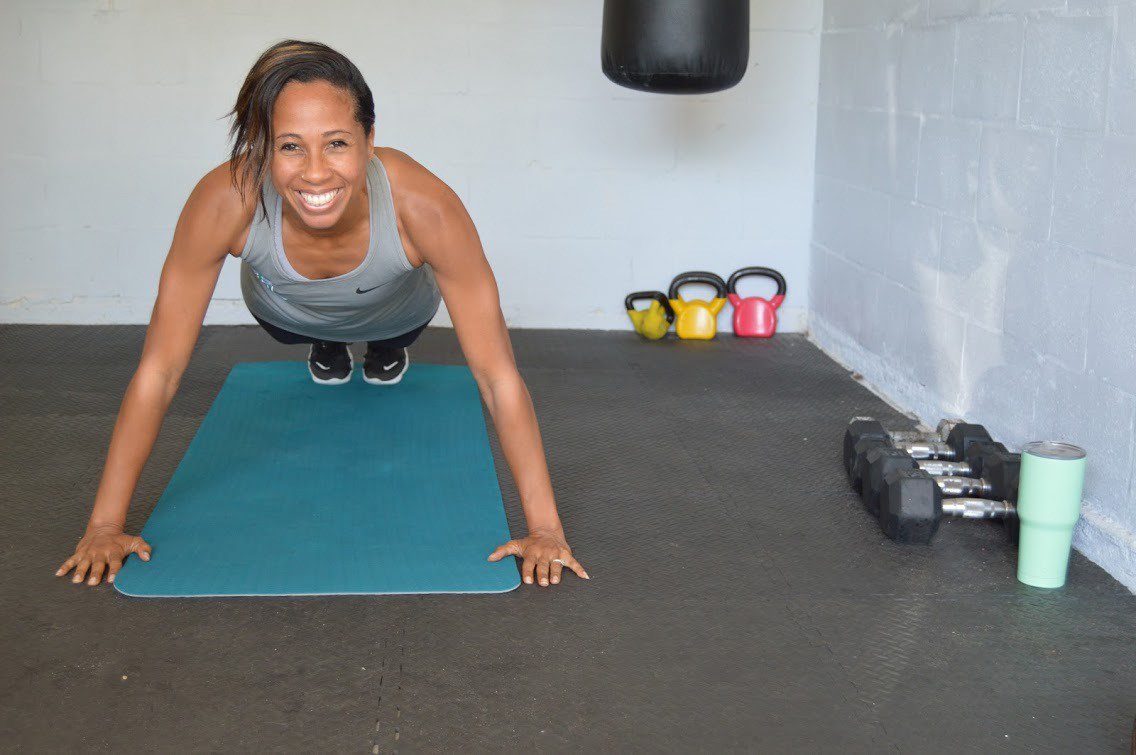 DAYTONA BEACH | Father Lopez Catholic High School Coach Larissa Maloney is not used to being sedentary. Although it is her first year as a P.E. teacher and girls’ volleyball coach, she is a 15-year volleyball coach veteran and a professional beach volleyball player who has her own coaching academy. She has even hosted a sports podcast for female athletes. With the advent of eLearning, she struggled with how to make her physical education classes more personal. The solution: Active Kids 2.0 – daily YouTube workouts for her students accompanied by assignments to make them accountable. To her surprise, and theirs, viewers soared from her 75 students to more than 25,000 worldwide in the first two weeks.

“Normally, I am super-active in my classes. There’s no throwing out five balls and kids go crazy and play whatever sport they want. It’s extremely structured and I do everything with them,” said Maloney. “They’re used to me motivating them, doing the exercises with them.” She started laying out a week’s worth of activities from running a mile one day to arms and abs on another. She looked at her schedule and thought, “This seems so boring and it’s not me.” She threw out the piece of paper and decided to video herself doing daily workouts. “That’s going to give them the fire and motivation to do it,” she said. “I wanted them to get off the couch, because right now is a crazy time and some of the students are feeling really lonely. Others are feeling anxious and depressed. I wanted to do everything in my power to help them feel good, at least for some part of their day.” Her exercise routines range from squats to kickboxing to keep things interesting.

To make them accountable and give them a grade, after liking the video on YouTube, students fill out reflections covering goals, and aspects of the workout, including favorite and most challenging exercises. Students also rate workout difficulty from 1 to 10 so Maloney can gauge where they are struggling. The coach teaches all grades and usually sees students every day of the week. Maintaining the continuity has served her students well. Shea is on Coach Maloney’s girls’ volleyball team, which would be starting conditioning for the fall season now. She said, “The online workouts are great, especially since I’m stuck at home all day. It’s a motivational way to get me going.” She loves remaining active. She also noted it helps “seeing (my) coach like I normally would on a school day. It feels like she’s there.” 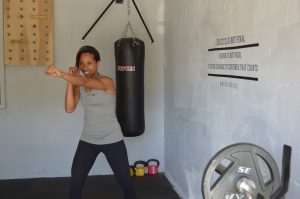 The girls’ volleyball team is doing well under Maloney’s guidance. They were 16-9 this year and district runner up. “It’s been by far my favorite year of coaching,” said Coach Maloney who has coached club teams, public school and the Stetson University Beach team. “There’s just something very special about it, I’ve never experienced before. It’s such a family feel I’ve never had at another organization or public school,” she said.  Although she is not Catholic, Maloney said, “…we at the school are here for the same goal, to mentor students and create paths for the students to become the best person they can be. And everybody is on that same mission at Father Lopez.”

As she prepared to go online, Maloney shared her ideas with a friend who teaches at a local high school. When her friend asked if she could use the program for her own students, Maloney jumped on Facebook and shared it with her teacher forums and other groups. As she watched the first video, she saw 100 viewers, then 500, then 1,000. At the end of her second week, she had 25,000 viewers, from students in public schools to families. She even gets fan mail from viewers as far away as Australia and England. 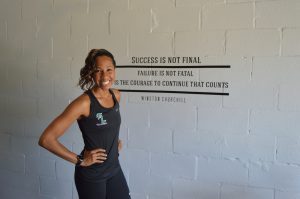 Her 5-year-old son joins her every Wednesday and presents a 45-second dance challenge toward the end, where he teaches a dance move and viewers try it for 45 seconds. Maloney says Wednesday is when she gets the most comments. Her son teaches moves from the Floss to the Macarena, and even makes some up. “I love that she’s including him in the videos,” says 9th-grader Kylie. “It makes it more personal and I get to know more about her. It’s cute and fun. It’s a nice addition.” Kylie is surprised by how good the online workouts are, not expecting them to be as good as those in person. “I like them better actually, because I can pause it for a break if I need it,” she said.

It’s as if the idea was destined for success. Two years ago Maloney turned part of her garage into a gym studio. A quote from Winston Churchill on the wall makes her commitment clear: “Success is not final. Failure is not fatal. It’s the courage to continue that counts.” She said, “I always say, ‘Practice makes progress.’ That’s what that (Churchill) quote means to me. If you’re going to do something… you might not be the best at it. But if you continue, you’ll get better and better. So keep pushing, having a positive mindset and you’ll do great at whatever it is.”

For Father Lopez freshman, Brady, that means a lot. Accustomed to being physically active in basketball and cross-country, he said, “Even though it’s just a grade, I try to push as hard as I can. She knows we can complete these workouts,” and that is an incentive he said to do his best.

By Glenda Meekins of the Florida Catholic April 20, 2020