Common beliefs that unite us 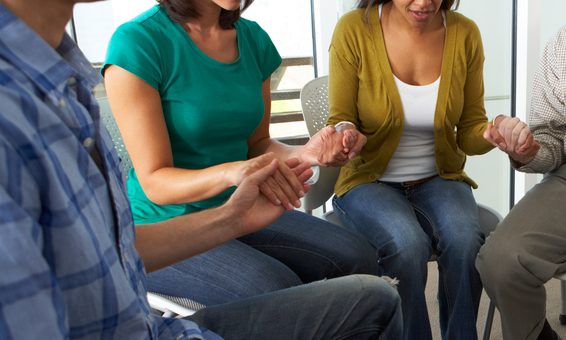 ORLANDO | It was on October 31, 1517, when Martin Luther posted his 95 theses on the door of Castle Church in Germany, launching the Protestant Reformation. During the Week of Christian Unity this past January, Pope Francis said, “the intention of Martin Luther five hundred years ago was to renew the Church, not divide her.” It is in that spirit of renewal and unity that the Diocese of Orlando, the Diocese of St. Augustine, and Evangelical Lutheran Church in America, Florida-Bahamas Synod will join together on June 6 in Common Prayer to mark the 500th anniversary of the Reformation together at 6:30 p.m. at the Basilica of the National Shrine of Mary, Queen of the Universe, 8300 Vineland Avenue, Orlando.

The desire for reconciliation is not new. The ecumenical movement can be traced back to the Edinburgh (Scotland) World Missionary Conference of 1910 in an effort to bring collaboration in the Christian missions as divisions were hindering acceptance of the Gospel, according to an article by Father John Crossin, executive director of the Secretariat for Ecumenical and Interreligious Affairs of the United States Conference of Catholic Bishops.

Then in 1962, from the Second Vatican Council came The Decree on Ecumenism which set the stage for dialogue with Orthodox, Protestant and Anglican brothers and sisters in Christ. The document recalls that, “Jesus prayed for unity, that his disciples be one, (Jn 17:21) at the Last Supper. It is the Holy Spirit who brings about ‘the wonderful communion of the faithful…’ (#2) Ultimately Christian unity is God’s will and God’s work and not solely our own.” But we must be willing to come to the table.

In his January address, Pope Francis went on to say, “Our common faith in Jesus Christ and our baptism demand of us a daily conversion, by which we cast off the historical disagreements and conflicts that impede the ministry of reconciliation…We pray for the healing of our wounds and of the memories that cloud our view of one another. We emphatically reject all hatred and violence, past and present, especially that expressed in the name of religion.

“Fifty years of sustained and fruitful ecumenical dialogue between Catholics and Lutherans have helped us to overcome many differences, and have deepened our mutual understanding and trust. Through dialogue and shared witness we are no longer strangers.  Rather, we have learned that what unites us is greater than what divides us.”

Giving more detail on the Common Prayer Service, Bishop John Noonan explained, “The model for our Common Prayer will be the historic prayer service used in Lund, Sweden, when Pope Francis and leaders of the Lutheran World Federation launched a year of activities to mark the 500th anniversary of Martin Luther’s efforts to reform the Church.  Pope Francis began the service praying that the Holy Spirit would “help us to rejoice in the gifts that have come to the church through the Reformation.”

And in a letter commenting on the encyclical Laudato Si’ from Pope Francis, Bishop Noonan wrote, “We are a part of the body of Christ; we do not live in isolation. We are a community, we live in our common home, and as such, we are responsible for each other… We are called to love one another as Christ loves us.  We are not called to disparage the human person because of our differing faith beliefs.”

Dennis Johnson, Jr., diocesan secretary for laity, family, and life who oversees ecumenism and interreligious dialogue commented, “It is fundamentally important for Catholics to remember that ecumenism and interreligious dialogue are an integral part of our Tradition. Every Pope since the Second Vatican Council has taken particular strides to unify Christians and all people of faith. We need to make this an ongoing commitment.”

All the faithful of the Diocese of Orlando are encouraged to make that commitment by participating in the Common Prayer: Catholic-Lutheran Commemoration of the Reformation. Bishop Noonan will join Bishop Felipe Estevez of the Diocese of St. Augustine and Bishop Marcus Lohrmann of the Evangelical Lutheran Church in America, Florida-Bahamas Synod, on a historic day in Catholic-Lutheran relations to pray together for healing and unity among the Body of Christ.