Concerts are hope for the forgotten 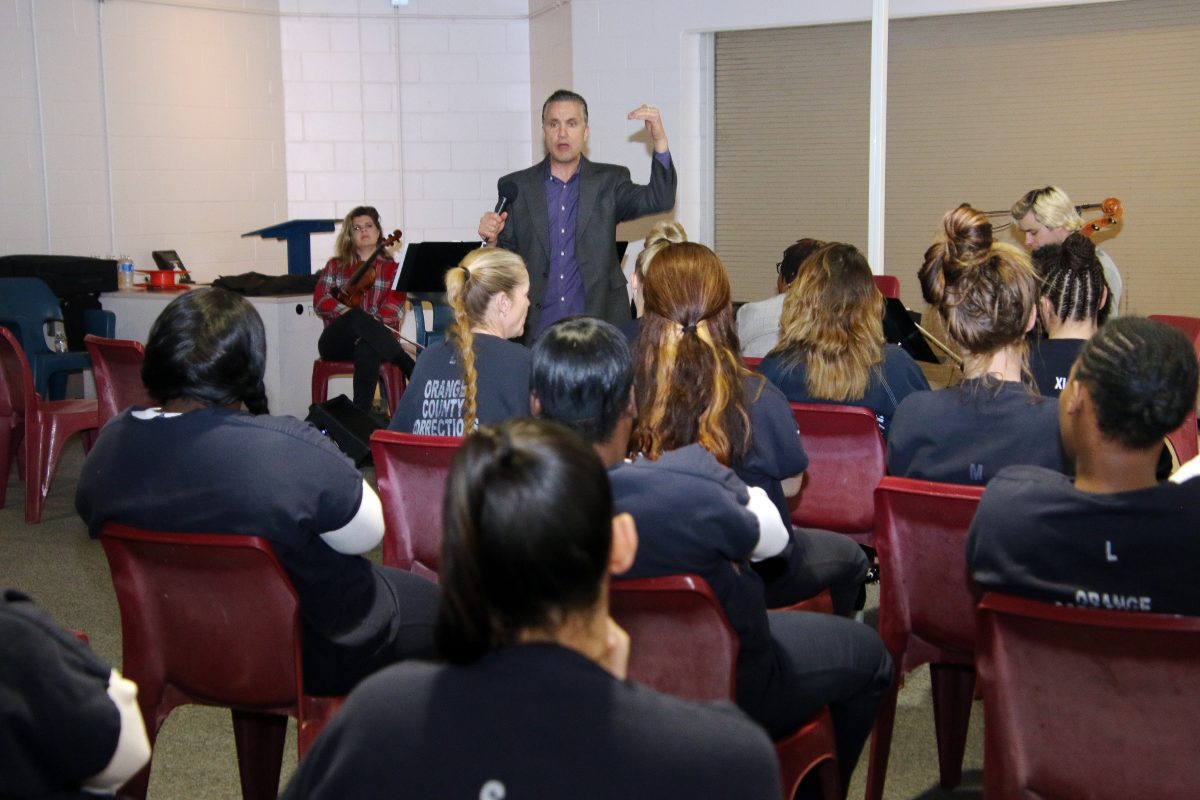 Last names were omitted to protect privacy of inmates and workers.

ORLANDO | Most people spend their lives making sure they never see the inside of a prison, but internationally acclaimed pianist and composer Eric Genuis is not like most people. He’s excited to take his God-given talents behind bars and share beauty with the inmates and he does it one times per year.

Genuis calls them “Concerts for Hope” and he recently made his way to Central Florida. His mission is simple – minister to the broken and forgotten. That’s why before he moves from prison to prison, he stops and performs in inner city schools, nursing homes, even under bridges for the homeless. And he does this, while putting on a show and speaking about mercy with his Catholic faith family. 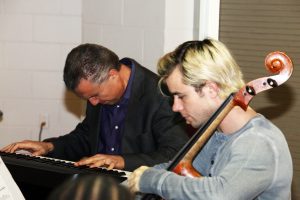 From Jan. 20-24, Genuis and his ensemble performed at St. James Cathedral School, Bishop Moore Catholic School, Bishop Grady Villas and Holy Family Parish in Orlando. For some, words were not enough to convey the profound impact.

“Something happened to me today. I mean something at the cellular level in me… in my heart, something mystical. I can’t explain it,” said Jonathan, an inmate at Marion Correctional Institution in Ocala. Others like Lincoln, from the Orange County Correctional Center, had this to say, “Man, I know rock. I know rap, but I never heard the music of God without words. You brought my brothers something that has God in it—God without words.” For Edward at the Central Florida Reception Center (CFRC) main compound, the effect was clear. “This has been life moving. This experience today has pierced my heart, lifted my spirit, given me hope.” 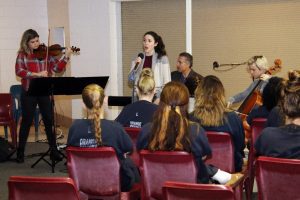 For nearly a generation, Genuis, a father of four, has created an apostolate dedicated to emphasizing the dignity of all human life in places that are often neglected and overlooked. Composing at the age of 6, he recalls, “I promised myself and my Lord, when I was very young, that I would never say no.” He explained, “In order to hear someone as good as the musicians I bring in, people pay hundreds of dollars. When it comes to the human condition, it’s not a matter of going in and distracting them for an hour. The whole purpose of my work is to go in, and through beauty, to uplift.” His message of hope and the light of Christ’s presence are delivered through classical compositions of piano, cello, violin, and voice. He added, “If we understood the importance and impact of it, we would be bathing these people in beauty.”

The virtuoso and inspirational speaker deeply connects with his audience. Often, the stories he hears from the incarcerated inspire his future works of art. There is a genuine connection in the message of our faith to the lived experiences of his audiences. William, president of CFRC East’s praise team noted, “This concert was a rare glimpse of genuine Christian compassion at work in an environment that typically has no opportunity to hear live classical composition… Hearts and minds were touched today in ways that cannot be spoken, but only felt.” 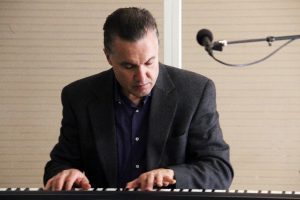 “There is so much that can be done to inspire,” exclaimed Genuis. “There are a lot of dark corners. In one sense, it’s about prisons. In another sense, it’s not at all about prisons. Prisons are the ugliest places in the planet. There is nothing inspiring or beautiful that raises or acknowledges (prisoners’) dignity. It’s all low. So, when they’re moved by something on a high level, they react. Men in maximum security prisons, that are locked away almost 24 hours a day, cry. It shows you that beauty is meant to move the heart.”

“The architecture for hope is always built with faith, perseverance and prayer,” noted Deacon Richard Dodd, who invited Genuis to assist the prison ministry he has worked with for years. “Attentiveness to the needs of those who are easily overlooked has already increased through the musical inspiration of this approach. Mr. Genuis and the commitment to his faith, delivered a beautiful testimony to the lives and dignity of all men and women who are called to minister.” 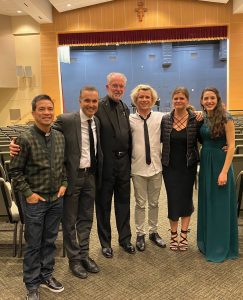 Genuis says he tries to remember, “that all these men and women have souls, so in God’s eyes there is no difference between them and me. The fact that I can read about them on Google, because their shortcomings have been made very public, doesn’t make them any less dignified. However, if we look at our own faith and its regard to mercy, I think, God is merciful to me and I need to be merciful to them. So, let’s work together and try to uplift each other. Then give our Lord the best version of both of us …
God has given us all gifts and the purpose of those gifts is to give glory to God. I have music.”

In the words of Christine, a prisoner at Lowell Correctional Institution for Women in Ocala, “I’ve been here 19 years. I could be here the rest of my life. I only deal with what is real. I heard something today that was real; that gave me hope, real hope—something that reached deep into my heart and reminded me that there is still love in my soul. I need to be loved and not forgotten. We all need that. Thank you.”

To learn more about Eric Genuis and listen to his music, download the Diocese of Orlando’s Faith Fit App for Apple and Android. Click Light of Christ podcast.