Blessings to Bishop Gregory Parkes on his Appointment to the Diocese of St. Petersburg 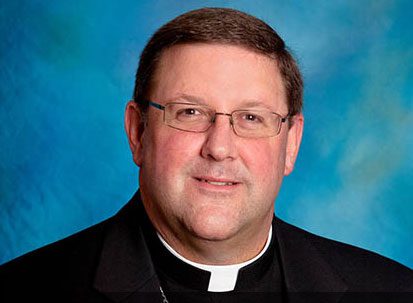 WASHINGTON—Pope Francis has named Bishop Gregory L. Parkes, up until now bishop of Pensacola-Tallahassee, as bishop of St. Petersburg, Florida and has accepted the resignation of bishop Robert N. Lynch from the pastoral governance.

The appointment was made public in Washington, November 28, by Archbishop Christophe Pierre, apostolic nuncio to the United States.

He was ordained a priest of the Orlando diocese by Bishop Norbert Dorsey on June 26, 1999.

Source: USCCB and Picture courtesy of the Diocese of St. Petersburg