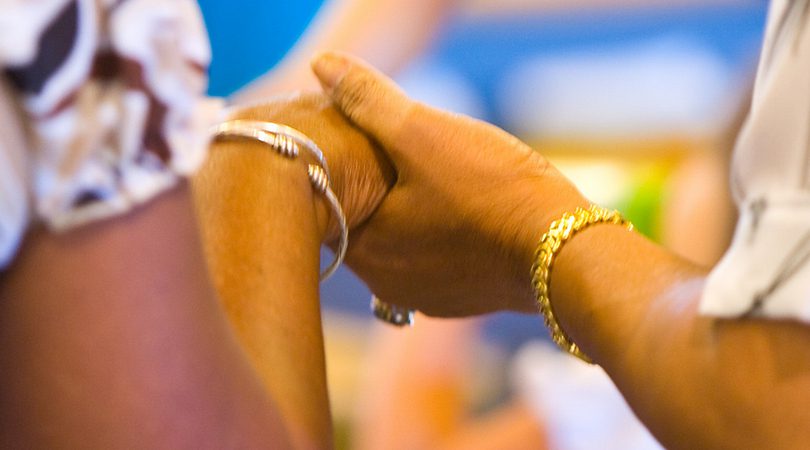 It seems God’s perfect timing had a hand in the The Congreso Explosión de Fe (Explosion of Faith Congress) at St. Augustine Parish in Casselberry. The event was originally scheduled for last October to celebrate the centennial of Our Lady of Fatima, but had to be postponed due to Hurricane Matthew. Instead the Congreso fell on the last weekend of May, right before the Solemnity of the Most Holy Trinity.

“It is an evangelizing project of our Catholic faith and a call to conversion of the children God,” explained Nilda Fonseca, event coordinator. “Reminding us to enter into that process of conversion and be evangelized by our Lord’s words and what our Church teaches.”

More than 300 people attended the two-day event May 25-26 which was part retreat and part conference with Eucharistic Adoration, the Sacrament of Reconciliation, a reenactment of the miracle of the sun at Fatima and presentations on the Holy Trinity. Many participants began preparing themselves 33 days earlier for consecration to the Immaculate Heart of Mary, which took place during the closing Mass.

“It was an amazing weekend, very spiritual,” said Naya Ramirez, a St. John Vianney parishioner who attended the Congreso. Ramirez said the most meaningful part of the weekend was the chance to venerate the relics of Sts. Jacinta and Francisco, two of the children who witnessed the apparitions at Fatima.

“I learned things about Fatima that I didn’t know,” said Ramirez. “To me it means much more than it meant before. It was a beautiful experience and you learned a lot,” Ramirez continued. “It made you love the Eucharist and your religion more.”