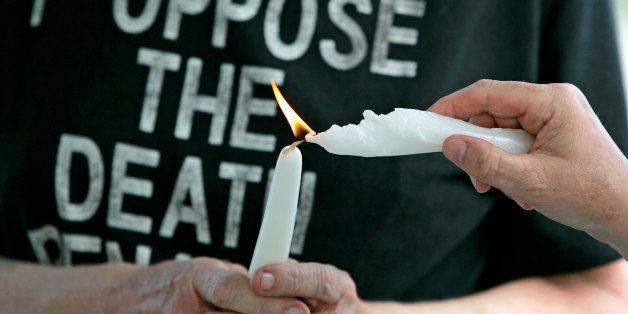 TALLAHASSEE | The Florida Conference of Catholic Bishops has been advocating for an end to Florida’s death penalty for over 30 years or at the very least seeking to impose laws which limit its use. One such law they supported required a unanimous jury decision when seeking the death penalty. On March 13 lawmakers passed such a law that would allow the state to execute Death Row inmates and prosecute death penalty cases only when a unanimous jury recommendation is reached.

However, this is only one step forward in the long road to ending the use of the death penalty.

“While the current law is an improvement, we are heartened by growing recognition of the flaws inherent in Florida’s death penalty and many recent developments.  It is our hope that policy makers will reflect more deeply on these and recognize what St. Pope John Paul II saw: that the need for executing a person, practically speaking, is non-existent.  Other interests of society – cost, finality for victims’ families – are also better served, as a “culture of life” grows,” said Michael Sheedy, Executive Director of the Florida Conference of Catholic Bishops.

Florida’s death penalty had been temporarily halted because questions arose of its constitutionality for more than a year thanks to a series of court rulings, including the January 2016 U.S. Supreme Court decision of Hurst v. Florida. The 8-1 opinion, premised on a 2002 ruling in a case known as Ring v. Arizona, found that Florida’s system of allowing judges, instead of juries, to find the facts necessary to impose the death penalty was an unconstitutional violation of the Sixth Amendment right to trial by jury.

At the time, Florida required only a simple majority of jurors to recommend death in the sentencing phase. But the U.S. Supreme Court decision in Hurst, which did not address the unanimity issue, forced Florida lawmakers to reconsider the state’s entire capital sentencing system. In response to that ruling, the legislature hurriedly passed a law to address the federal court ruling, but the Florida Supreme Court struck down the new statute. Florida justices said the law was unconstitutional because it only required 10 of 12 jurors to recommend death, instead of unanimous jury decisions.

With nearly 400 inmates on Death Row, Florida has more prisoners facing execution than almost any other state. And now, state prosecutors are actively seeking death in 313 cases and report 66 are ready for trial.

Although the door is open again for the death penalty, recently two state attorneys have taken a stand regarding the death penalty. Aramis D. Ayala, state attorney for the ninth judicial district that includes Orange and Osceola counties and is headquartered in Orlando, announced that she will not seek the death penalty in any future capital cases. She also stated she would she would not pursue death sentences for individuals whose sentences were overturned as a result of the Hurst v. Florida decision.

Deborah Shearer, director of the Office of Advocacy and Justice for the Orlando Diocese and Catholic Charities of Central Florida, said Ayala showed “great courage and leadership” in her decision. Shearer went on to say “killing is morally wrong,” whether the act is performed by an individual or the state. Life in prison without parole is a non-lethal means that keeps society safe without executing an individual.

“Without question, horrible crimes are committed and human life should be protected. However, when the State executes the convicted in our name, it diminishes all citizens,” Shearer said. “State-sanctioned homicide perpetuates a culture of vengeance by teaching that the appropriate response to murder is the taking of another life.

“Let us end this cycle of violence and vengeance,” she continued.

Catholic parishes throughout Florida have organized prayer services for many years to pray for victims of violence, family members, death row inmates, and for public officials that they will discern God’s will and apply the teachings of the Catholic faith on the death penalty (see text box).

For years, Our Lady of Lourdes Parish in Daytona Beach has been organizing bus trips to the site of executions to pray for an end to state sanctioned killing which church leaders say is more about vengeance than justice.

Many Catholic parishes are also involved in ministries to the incarcerated and ministries to grieving family members who have lost a loved one to violence.

“Victims’ families and loved ones find themselves in the most horrific situations.  They are grieving; they are attempting to come to terms with great loss,” said Sheedy.

The process of instituting a death penalty sentence can actually be harmful to families of victims.  According to Sheedy, “It is rightfully a long process – still fraught with problems and errors – that often prolongs the family’s agony.”

Bishop Felipe Estevez of St. Augustine commended his local state attorney for an action in which she chose life. In a letter to the Florida Times-Union, Bishop Estevez highlighted how in early March, Melissa Nelson, state attorney for the 4th judicial circuit representing Clay, Duval and Nassau counties, “brought an end to years of legal uncertainty for a Jacksonville family struggling with the immense pain of losing a loved one to murder.”

Shelby Farah was only 20 years old when she was murdered in 2013. The prosecutor at the time fought for a death sentence, which led the family to become “caught in an unending legal process,” Bishop Estevez wrote. That process concluded thanks to Nelson taking death off the table and the accused accepted a life without parole sentence. Bishop Estevez wrote, “It’s a decision that should be commended.”

“After the murder of a loved one, families face the difficult task of healing. Capital cases entail longer trials and appeals, which keep families trapped in the legal system for years and often decades,” the bishop wrote. “As to the future of Florida’s death penalty, much will depend on the decisions of prosecutors, who have discretion in deciding whether to seek the death penalty in capital cases. I am heartened by the recent decision in Jacksonville to take death off the table in a capital case, and hope that this approach will become more common throughout Florida.”

Information from The News Service of Florida was used in this report.