Deacon Juan Osorno reflects on his road to priesthood 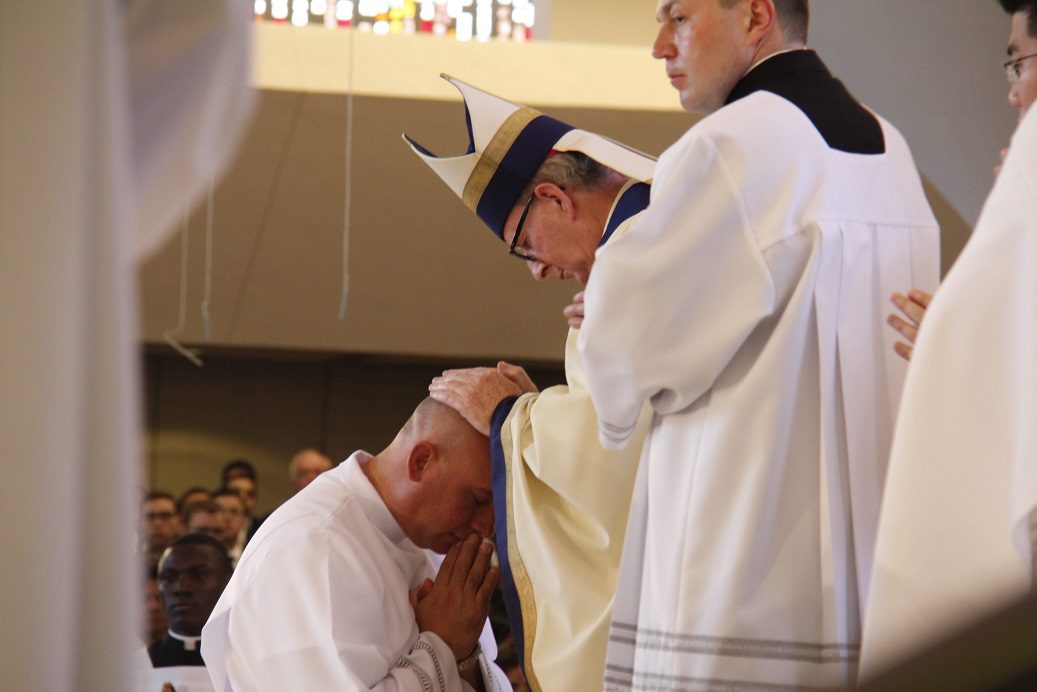 ORLANDO | Transitional Deacon Juan Osorno was born in Don Matias, Colombia, a small farming town that grew into an industrial center. Although he describes his family as “100% Catholic”, his journey to the priesthood was not always clear to him. It was not until he came to the United States at the age of 26 that events in his life led him to commit to his true vocation.

“My faith growing up with my family was rich,” said Deacon Osorno. His most vivid memory was the processions during Holy Week. “When you are part of the procession, especially on Holy Friday, it’s like you are really living the passion and death of Jesus. You even cry. It is really beautiful. I really, really loved that,” he recalled. His childhood memories of lived faith were thanks to his parents and their great devotion, as well as his grandparents.

His favorite recollection is of celebrating the Novenas de Aguinaldo or Christmas Novenas. “We all gathered together as a family and made a nativity scene. We would all go to the jungle and get stuff and decorate it and make it super beautiful.” He recalled the richness of the food, the buñuelos, natilla and the prayers. It was a special time.

It was at age six that something unique happened to him. Deacon Osorno had a dream about becoming a priest. Too young to understand the call, he thought nothing of it. The idea resurfaced when he was 11, but confounded by how to go about proceeding, he decided to let it go. The call came again at 22, when fellow parishioners saw his devotion and urged him to join the priesthood. Once again, he hesitated.

It was not long afterwards that he began to drift away from the church. “I was a man with everything that you can ask for,” he said. “During that time I wasn’t going to Mass. I wasn’t really praying. In the emptiness, you begin filling it with stuff; wanting to make more money, working extra hours, buying things… I experienced in my own flesh, in my own heart what it means to be apart from the Lord

After turning away from his family so they would not see his sorrow, he finally decided one day to go to confession. He said, “I felt an embrace and I felt the real thing that would fulfill the emptiness in my heart.” He compares his return to that of the Prodigal Son in Luke 15:11-32. His family welcomed him back unconditionally. “St. Augustine said it really well,” said Deacon Osorno. “My heart is restless until it rests in you.”

Four years later, he came to the United States and it was here, at age 32, that he answered what his heart had longed for since his youth: responding to God’s call. The decision came as a relief.

He credits the parishioners of St. Isaac Jogues Parish in Orlando with his final commitment—“It is a parish that is full and alive, the people have great faith,” he said. “After participating in Cursillo, everything was so clear for me. I realized that I had no reason to fear because, this is not a vocation that I am going to fulfill, but it is God who will work in me for others.”