Deacon to serve as first chaplain for State Attorney’s Office

Deacon Miguel Pagan was a member of the Orange County Sheriff’s Office for 25 years when he retired last November with the rank of captain. However, he wanted to retain a few special duties. 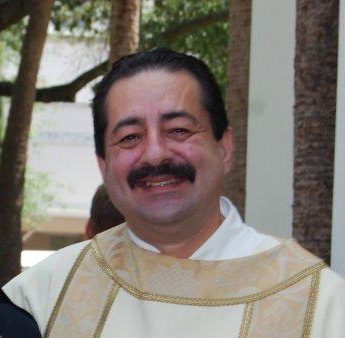 Deacon Miguel Pagan was a member of the Orange County Sheriff’s Office for 25 years when he retired last November with the rank of captain. However, he wanted to retain a few special duties.

“I was retiring from my work at the agency, but I was not retiring from what I was supposed to do, particularly my ministry outside the walls of the Church,” said Deacon Pagan, who is assigned to serve at St. Maximilian Kolbe Parish in southeastern Orlando.

Deacon Pagan, previously the chaplain at the Orange County Sheriff’s Office, continues his ministry as a chaplain in a different environment – at the State Attorney’s Office for Florida’s Judicial Court District 9, which covers Orange and Osceola Counties. The first chaplain ever for the State Attorney’s District 9 office, Deacon Pagan – who began January 9 – said he was “honored, privileged and humbled” to serve.

“Sometimes, it’s just Divine intervention,” Deacon Pagan said. “It’s going to be a learning process for me, as well as the State Attorney’s Office and its employees.”

He suggested the idea of a chaplain to State Attorney Lawson Lamar – the District 9 state attorney and former sheriff – and Randy Means, executive director of the State Attorney’s Office.  Mr. Lamar agreed that the office needed a chaplain, and coinciding with Deacon Pagan’s retirement from the Orange County Sheriff’s Office, the timing was right.

“Like many people, our employees are facing more stress both at work and at home,” Mr. Lamar said. “Working in criminal justice can be very emotionally challenging, add to that financial issues and layoffs. A chaplain program would be a great resource for our employees.”

“Miguel is a lifelong friend,” Mr. Lamar added. “Miguel is known for his compassionate and thoughtful approach to service.”

Every other Wednesday morning, Deacon Pagan visits the downtown Orlando office, where many former law enforcement colleagues now work. Among his main responsibilities include be present; listen and talk to employees, crime victims and those accused; and guide anyone needing assistance on their spiritual journey, regardless of their faith or denomination.

“Chaplaincy is a ministry of presence,” Deacon Pagan said. “Just being there is key. You don’t even have to open your mouth and say anything sometimes. The fact that you are there is what matters.”

Interacting with victim advocates – those who support crime victims by offering legal assistance and emotional support – will also be a main element in the ministry. Deacon Pagan said many times, victims of a crime feel as though they are victimized once again once they reach the courtroom. To further his education and ability to serve those victims, Deacon Pagan is taking online courses in grief counseling and spiritually.

A native of Puerto Rico, Deacon Pagan was ordained in 2004. His duties as a law enforcement officer, he said, prepared him in aiding victims, specifically in a spiritual sense. In addition to taking online courses, Deacon Pagan also has taken pastoral ministry classes at Loyola University in New Orleans, La., and theology classes at Franciscan University of Steubenville in Ohio.