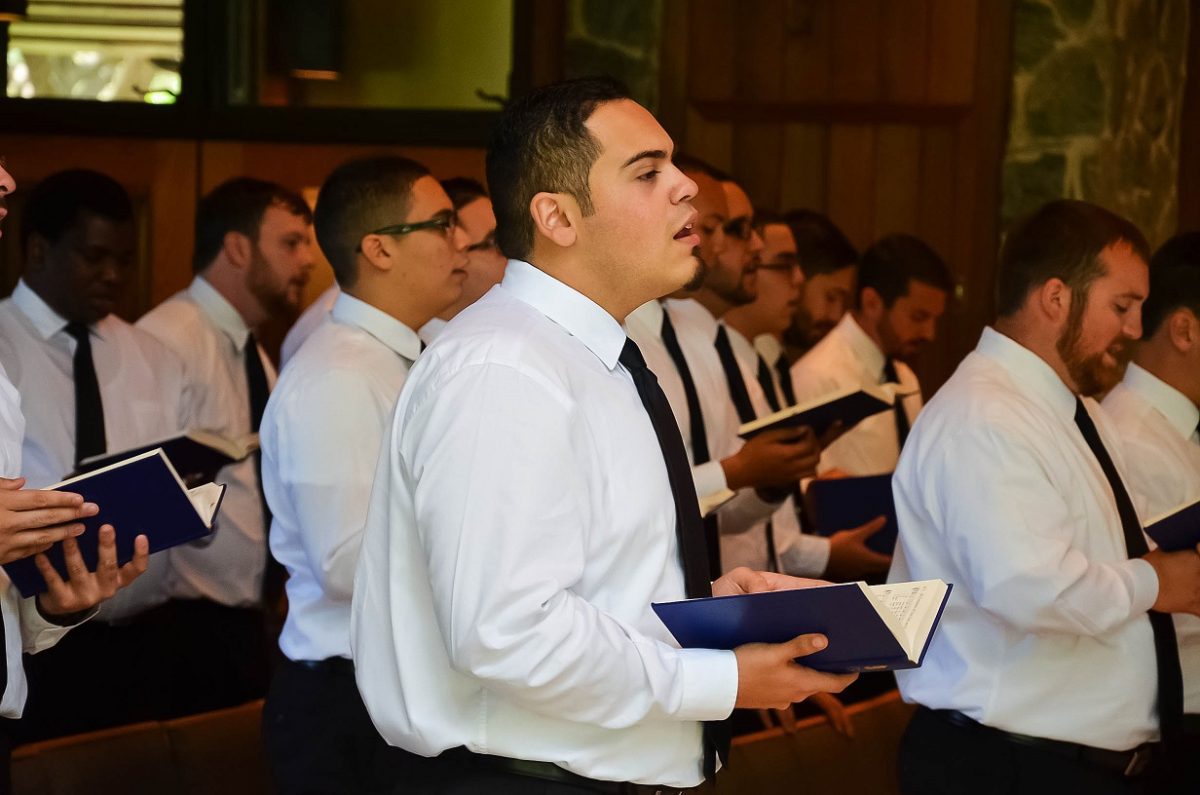 ORLANDO | Fifty-two percent of the Catholics in the U.S. under 30 are Hispanic or Latino, yet they only reflect 15% of the Ordination class of 2013. This has been the trend for several years and the disparity caused the Bishops’ Committee on Clergy, Consecrated Life and Vocations of the United States Conference of Catholic Bishops to question why. They enlisted the help of the National Conference of Diocesan Vocations Directors. Four years later, there is new data and greater hope.

In 2014, the vocation directors conference formed the Hispanic Subcommittee with the goal of increasing the number of Hispanic vocations in general, but with a particular focus on U.S. born Hispanic seminarians and ultimately priests. As chairman, Father Jorge Torres, pastor of Holy Redeemer Parish in Kissimmee and Director of Seminarians for the Diocese of Orlando, recently attended the National Conference of Vocations Directors to report the results of their efforts in a 90-minute workshop, Sept. 17 in Scottsdale, Arizona.

Experts in each branch of vocations nationwide contributed to the assessment of the status of Hispanic/Latino vocations in the U.S. Although, at the time, it was thought that the issue was that most Hispanics/Latinos in the U.S. were foreign-born, those statistics are changing, further confounding the disparity compared to other cultures. “Others ordination rates are parallel to their demographics,” stated Father Torres. “Except for Asians. While Asians represent 3% of the Catholic Church, they make up 9% of the ordination class.”

Father Torres explained, “A lot of times, people think they’re (Hispanics) learning English and getting acclimated…, but they’ve gone past that… they are already speaking in English; they don’t have immigration issues; they have a driver’s license, and the question is, why is that demographic not responding as much in vocations? Our goal is to inspire vocation directors, youth ministers, campus ministers, to engage this demographic.”

He also noted that increasing the enrollment of Hispanics in Catholic schools increases the high school graduation rate and inspires a desire to attend college. “College will help vocations,” said Father Torres. Pastoral ministries are also significant, he noted. “People believe, I need to have either one or the other, a Spanish youth group or an English youth group,” he said. He points to the suggestion of V Encuentro, a 4-year process that invites Catholics in the U.S. to missionary activity and leadership development. They propose “…we need both. They are not mutually exclusive. We can have Mass in various languages… And it’s not just the language. The group may be speaking in English, but the culture is Hispanic, meaning the tías (aunts) are still sitting in the corner watching the teens.”

He encourages campus ministers and parish youth groups to do whatever they can to increase the number of young Hispanics/Latinos to go to college.

Although it sounds unusual, it addresses the fact that one needs to know their identity within their cultural values and experiences. The workshop covered this issue of intercultural competency. “Unless I’m able to name the values in my own culture, then I won’t be able to know why I feel different or out of place or why I reject or am open to the values presented in a different group.” This is key as, if parishes and vocation directors are unaware of the cultural dynamics and belief of a group, then they cannot effectively plant “the seeds of the Gospel”, as St. Pope John Paul II referred to it. Father Torres explained it as, “The values that are already ingrained in the culture that promote or are open the Gospel before it even arrives.”

His workshop sought to help vocations directors and parishes identify the seeds of the Gospel in the Hispanic/Latino culture and affirm them. “This way they can seek ways to inspire them by seeking areas for growth and areas to celebrate,” he said.

The good news is that efforts are working. “It’s just going to take time,” he added. “Fifty-percent of Diocese of Orlando seminarians are Hispanic. So we’re doing better than the rest of the country in attracting Hispanics.”

He notes, “After working on the committee we can report that nationally the theologians in formation to the priesthood are now 15%. The ordination class for 2018 is 20% Hispanic. Forming the leaders of tomorrow from the Hispanics that grew up here is a sign that the communities are maturing.

“There’s great hope for the future. We are very hopeful of what God can do with the seminarians and priests that we have. The harvest is abundant and we’re looking forward to going out there and getting more.”

By Glenda Meekins of the Florida Catholic – September 20, 2018