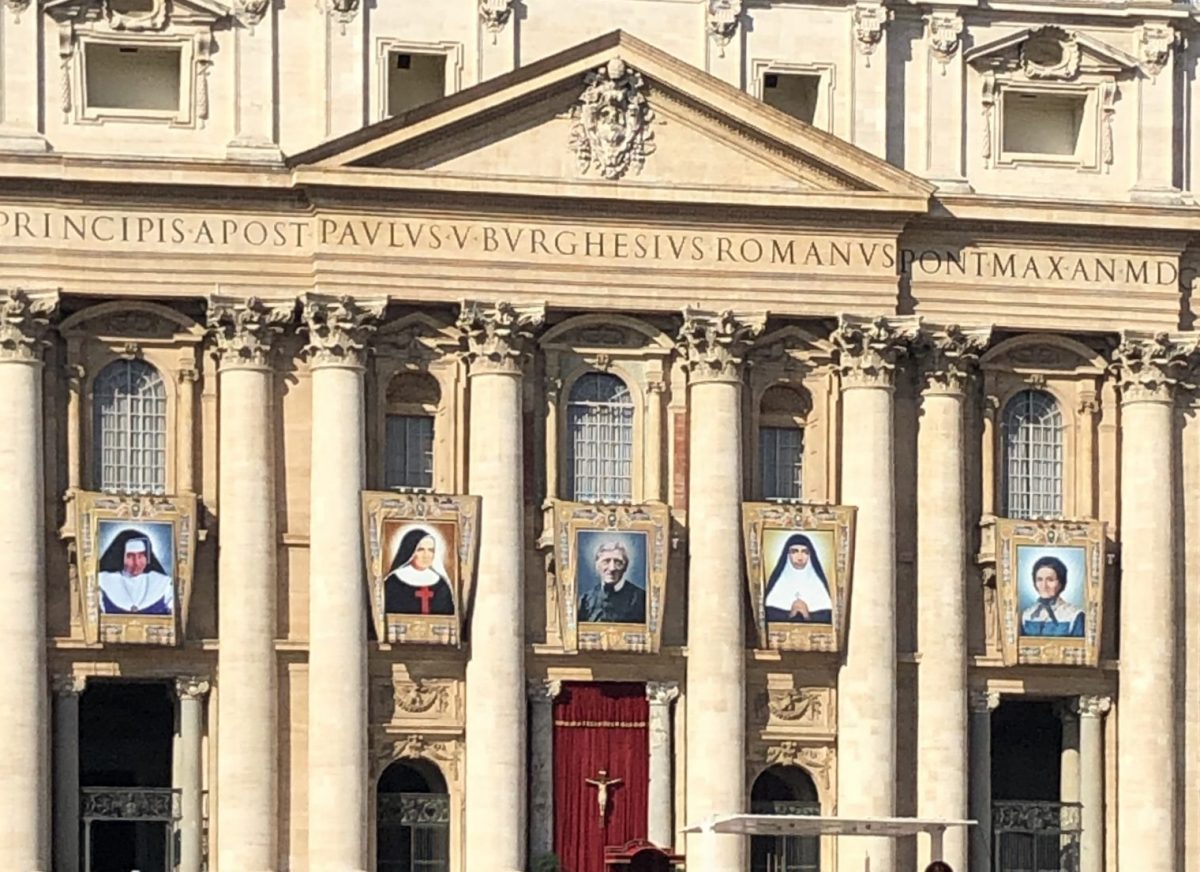 ROME | Father Anthony Aarons and Father Dominic Buckley, of the Diocese of Orlando, were in Rome for the canonization of Cardinal John Henry Newman.

Canonized with Cardinal Newman were Giuseppina Vannini, founder of the Daughters of St. Camilo; Sister Mariam Thresia Chiramel Mankidiyan, founder of the Sisters of the Holy Family; Sister Dulce Lopes Pontes, a Nobel Peace Prize nominee; and Margherita Bays, a seamstress, who according to the pope, “speaks to us of the power of simple prayer, enduring patience and 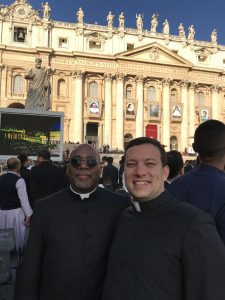 Invited to concelebrate in the Masses and events, Father Anthony Aarons participated in the Vigil of Prayer at the Basilica of St. Mary Major, the canonization on Oct. 13, the Musical Oratory at St. Mary of Valicella (Chiesa Nuova) and the Pontifical Mass of Thanksgiving at the Basilica of St. John Lateran. “Three of John Henry’s hymns – Praise to the ‘Holiest in the Height’, ‘Lead Kindly Light’ and ‘Firmly I Believe and Truly’, featured prominently. These hymns I know by heart and more than anything they strengthened my resolve to serve God in the one, holy, Catholic and apostolic Church,” said Father Aarons.

Cardinal Newman was a convert from the Anglican Church, where he became a priest at age 27. After studying the Fathers of the Church, he found his beliefs challenged and became Catholic. He converted and was ordained a priest in 1847. St. Newman founded Dublin University, translated an English version of the bible, and is recognized as one of the great theologians and teachers of the 19th century. Leading the delegation of the United Kingdom was the Prince of Wales who came to honor his fellow countryman.

Pope Francis quoted the cardinal’s definition of a Christian in his homily: “The Christian has a deep, silent, hidden peace, which the world sees not… The Christian is cheerful, easy, kind, gentle, courteous, candid, unassuming; has no pretense… with so little that is unusual or striking in his bearing, that he may easily be taken at first sight for an ordinary man.” 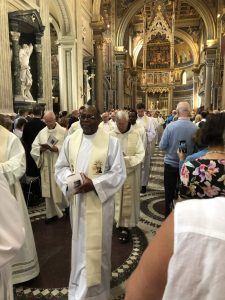 Bishop John Noonan encourages us to emulate these characteristics. He says, “The saints are a guide to holiness. The processes of beatification and canonization recognize the signs of heroic virtue, the sacrifice of one’s life in martyrdom, and certain cases where a life is constantly offered for others, even until death. Our churches are named for the saints and we seek to emulate their examples of faithfulness.” He added, “I encourage you to learn more about these new saints, the saint for whom your parish is named and the saint for whom you are named. We are all called to be holy by living our lives with love and by bearing witness in everything we do, wherever we find ourselves.”

By Glenda Meekins of the Florida Catholic October 14, 2019