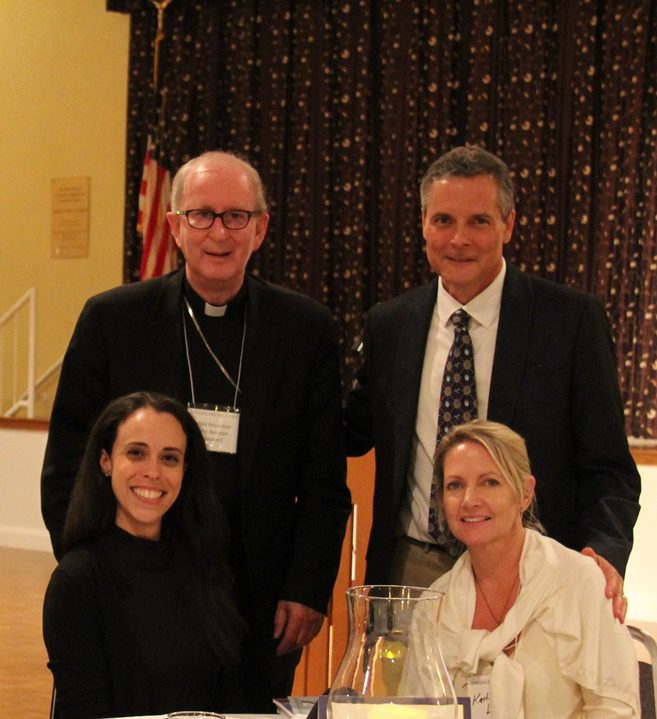 ORLANDO | At the 30th Annual Respect Life Conference at Sts. Peter and Paul Catholic Parish in Winter Park, director of the Office of Advocacy and Justice for the Diocese of Orlando, Deborah Stafford Shearer recognized Dr. John Littell with the diocesan Respect Life Award.

Shearer said that Littell was “Someone who has spent his entire career and personal life promoting the sacredness of unborn life and women’s health and healthcare.” Dr. Littell was a speaker at one of the break-out sessions, “Women’s Healthcare as a Work of Mercy” and is author of The Hidden Truth: Deception in Women’s Healthcare. Half of the proceeds of the book are being donated to support pregnancy care centers here in the Diocese of Orlando.

Littell was instrumental in raising the visibility of the Planned Parenthood center in the Orlando area and organized a campaign to close the facility. Shearer cited his commitment to faith values saying, “He has been involved in promoting the dignity and sacredness of human life for more than 25 years,” adding “He has selflessly served his community and been a great resource for our office over the years.”

She concluded saying, “As he says of himself, he has always viewed his chosen vocation of family medicine as an offshoot of his Catholic identity.”

Shearer said the Diocese of Orlando was honoring him with this award, “For his courage to fight the good fight, his perseverance against the culture of darkness and his openness to what St. Paul referred to as the “spirit of wisdom” in all he does.”