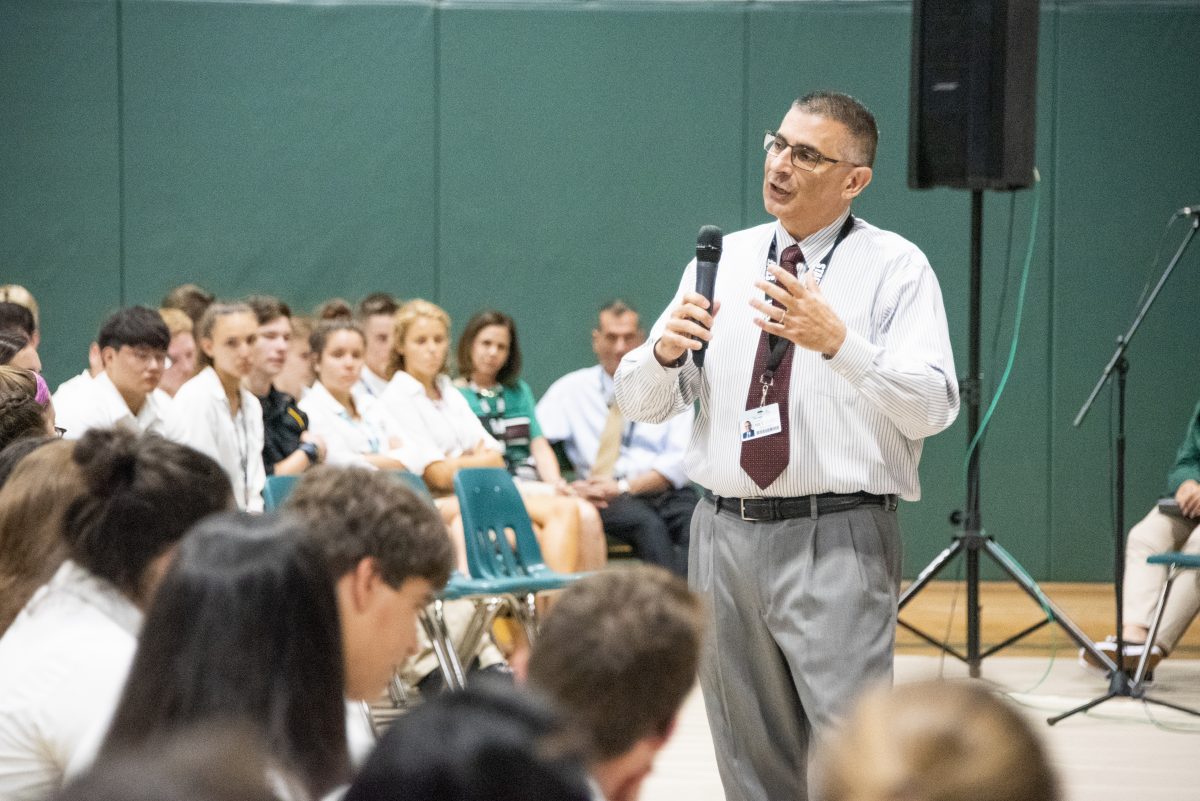 MELBOURNE | Nicholas Regina is the new president of Melbourne Central Catholic High School (MCC) in Melbourne. Regina moved from the New Jersey area and brings more than 30 years of experience in Catholic schools – from teaching to administration. After visiting family in Winter Garden for several years, he says it became harder to return to the cold weather, so he began looking for opportunities in Orlando.

With regard to his new position, Regina said, “I believe the guy upstairs puts us on the path we’re supposed to be on. I spent a long time in a private Catholic school in south Jersey as a teacher and administrator. It was invaluable experience, but I had an itch to go back to a school.” He kept an eye open for the right opportunity and his prayers were answered this past Spring.

Regina has a Bachelor of Arts degree from LaSalle University in Pennsylvania and a Master of Arts in Educational Leadership from Seton Hall University in New Jersey. As deputy secretary of enrollment and marketing in the Archdiocese of Philadelphia, he conducted continuing education workshops for high school admissions directors, high school presidents and principals, oversaw financial aid and scholarship process for all schools and served as interim president of St. Joseph High School in New Jersey. Regina also served as executive director of Catholic schools for the archdiocese and interim superintendent of secondary schools. Regina and his wife, Joan Perry, have three grown children.

“The hope (for MCC) is to continue the very positive momentum begun by Mike Burke, who preceded me here. There’s a very good feeling here and an excellent program,” noted Regina. He recalled his visit to campus in May saying, “It was such a pleasure to see the charism of St. Francis of Assisi – very palpable. From the way people greet you, to the students… that resonated with me because the only time I’ve been out of education was working with two Catholic hospitals… with the Franciscan Sisters of the Allegheny. Sometimes the signs are all good,” he laughed. He hopes to maintain the positive feel and Catholic identity at MCC, then “shape the resources that will help push the programs forward.”

By Glenda Meekins of the Florida Catholic August 15, 2019