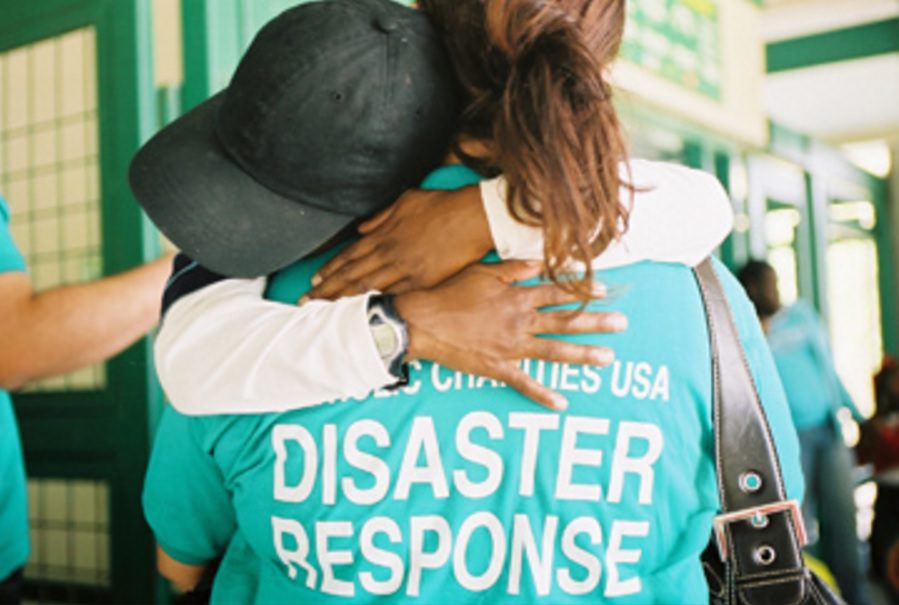 The 2017 hurricane season was one of the most active on record. Hurricane Irma hit Florida’s southern coast on September 10 as a category 3 storm after leaving catastrophic damage to the Caribbean Islands.

Irma currently ranks as the fifth costliest weather disaster on record in the U.S., with an estimated $50 billion in total costs from wind and water damage. The strong winds, combined with tornadoes and heavy rains destroyed many structures and uprooted many trees across Central Florida. More than 7,000 homes sustained damage in Brevard County, and approximately 4,000 more sustained damage in Osceola County.

Heather Knoop, family stability program director at CCCF, says roof repair is the most common request they receive. “Many folks still have significant damage to their homes, which is scary considering we’re approaching [another] hurricane season,” she said.

Shenika Frett, case manager at CCCF, estimates there could be more than 500 individuals who still need assistance with hurricane-related damage throughout Central Florida and notes many people are still displaced from their homes, staying with family or in damaged rentals while they wait to find more permanent housing.

Janice Foster, a 71-year old who lives in the Osceola retirement community Good Samaritan Society Kissimmee Village, was one of the residents affected by Hurricane Irma. She says her home sustained flooding and water damage, which led to mold. It was more than a year before she could return home while the damage was being remediated. During that time she lived with her son and his family. She had unique needs and CCCF stepped in with assistance.

The Disaster Relief program was able to provide funds to replace her hearing aids damaged in the flooding. They also helped her gather the funds for a new car because that was destroyed as well. Ms. Foster says she plans to buy a used golf cart so she can get to her local grocery store and to church. “I want to be independent,” she said. “At my age, it’s important to me not to feel too dependent on other people. When I find a used golf cart, I won’t be stuck in the house. I just really appreciate what they’ve done for me.”

Sue Watson, who lives in the same retirement community, says the help from CCCF was just what she needed after desperately searching for help for more than two years. Hurricane Irma hit just 4 months after her husband passed away.

Like Foster, Watson was displaced from her home for more than a year, first staying in a community center before being placed in a temporary apartment with two other people. During that time, she ended up in the hospital for two weeks with pneumonia and a bad hip after a fall. When she was allowed back home, Watson slept on a simple cot as it was all she could afford—all of her furniture was ruined in the flood, and her renter’s insurance did not cover flood damage.

CCCF was able to provide funds for her to purchase many of the items she needed including a chair for her living room, a new bed, as well as new hearing aids. Watson is grateful for the financial assistance, as well as the appointments with her case managers to discuss her needs. “I enjoyed their visits,” she said. “I get lonely and they were so wonderful to me. They asked me what I needed and they listened. [The assistance] was truly a gift from God.”