This article includes Key Year of Fatih Events, Evangelium Vitae Day Events in English, and Spirit of the Holy Hour… 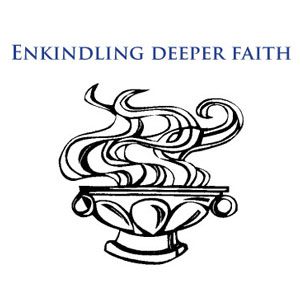 This morning, in the Holy See Press Office, Archbishop Rino Fisichella, president of the Pontifical Council for Promoting the New Evangelization, together with Archbishop Jose Octavio Ruiz Arenas and Msgr. Graham Bell, respectively secretary and undersecretary of the same dicastery, presented two major events of the Year of Faith: a worldwide Eucharistic Adoration and the Day Celebrating the Evangelium Vitae.

The first of these events, the Worldwide Eucharistic Adoration, will be broadcast from St. Peter’s Basilica next Sunday, 2 June from 5:00pm-6:00pm local time. Its theme is: “One Lord, One Faith”, which was chosen to testify to the deep unity that characterizes it. “It will be an event,” Archbishop Fisichella explained, “occurring for the first time in the history of the Church, which is why we can describe it as ‘historical’. The cathedrals of the world will be synchronized with Rome and will, for an hour, be in communion with the Pope in Eucharistic adoration. There has been an incredible response to this initiative, going beyond the cathedrals and involving episcopal conferences, parishes, lay associations, and religious congregations, especially cloistered ones.”

From the Cook Islands to Chile, Burkina Faso, Taiwan, Iraq, Bangladesh, the United States, and the Philippines, the dioceses will be synchronized with St. Peter’s and will pray for the intentions proposed by the Pope. The first is: “For the Church spread throughout the world and united today in the adoration of the Most Holy Eucharist as a sign of unity. May the Lord make her ever more obedient to hearing his Word in order to stand before the world ‘ever more beautiful, without stain or blemish, but holy and blameless.’ That through her faithful announcement, the Word that saves may still resonate as the bearer of mercy and may increase love to give full meaning to pain and suffering, giving back joy and serenity.”

Pope Francis’ second intention is: “For those around the world who still suffer slavery and who are victims of war, human trafficking, drug running, and slave labor. For the children and women who are suffering from every type of violence. May their silent scream for help be heard by a vigilant Church so that, gazing upon the crucified Christ, she may not forget the many brothers and sisters who are left at the mercy of violence. Also, for all those who find themselves in economically precarious situations, above all for the unemployed, the elderly, migrants, the homeless, prisoners, and those who experience marginalization. That the Church’s prayer and its active nearness give them comfort and assistance in hope and strength and courage in defending human dignity.”

The Day Celebrating the Evangelium Vitae, entitled “Believing May They Have Life”, will take place from 15 to 16 June. ”We have given it this name to testify to the grand theme that revolves around the Church’s commitment to the promotion, respect, and dignity of human life,” said Archbishop Fisichella. “Pope Francis will preside at Sunday Mass at 10:30am with the entire ‘people of life’ to address his message and to show his care to them as well as to all the ill who will be present at the celebration. Like the other events, it will follow the traditional pattern of the Year of Faith: pilgrimages to St. Peter’s tomb will take place on Saturday afternoon, from 2:00pm until 5:00pm, while at the same time those who wish may go to confession and adore the Blessed Sacrament. There will also be catechesis for the various language groups in several churches around Rome on Saturday morning.”

In the evening of that same day, Saturday 15 June, starting at 8:30pm, “a silent, candle-lit procession will be held along Via della Conciliazione in order to call attention to the theme of human life and its intangible value. It will conclude in St. Peter’s Square where several meaningful testimonials will be given. … Already, groups from the United States, Germany, Japan, Hungary, Romania, Spain, France, Canada, New Zealand, Argentina, Britain, Belgium, Slovakia, Costa Rica, Portugal, and Australia have registered their participation. There will also be families, representatives from episcopal conferences, dioceses, parishes, religious orders, seminaries, humanitarian and health organizations like the Order of Malta, ecclesial movements, associations like Unitalsi and the Red Cross, and pro-life groups as well as many people interested in the promotion and defense of life who aren’t affiliated with a particular association or religion.”

The Celebration of Evangelium Vitae: Faithful to Life

Educational Conference: The Gospel of Life and the New Evangelization

Panel discussion led by two leading Catholic authors and intellectuals, Francis Beckwith (author and Professor of Philosophy and Church-State Studies, and Resident Scholar in the Institute for Studies of Religion, Baylor University) and Robert Royal (author and the President of the Faith and Reason Institute). The moderator of the panel will be Douglas Sylva (Senior fellow and Chairman of the Board of Directors of the Catholic Family & Human Rights Institute).

TO REGISTER FOR THESE AND THE OTHER EVENTS OF THE EVANGELIUM VITAE CELEBRATION IN ROME, GO TO WWW.ANNUSFIDEI.VA IN THE “EVENTS” SECTION.

Spirit of the Holy Hour

The USCCB Committee on Divine Worship notes that because of normal Sunday Mass schedules, it will be a particular challenge to schedule such a gathering simultaneously in the various time zones of the United States. So it recommends keeping the spirit of the gathering by holding such a Holy Hour “at a more convenient time on that day, such as on Sunday afternoon following the last Mass of the day.”

It says such a celebration “could include a traditional Eucharistic procession” and it would also be appropriate “to mark the celebration of regularly scheduled Masses at that particular hour (11:00 AM Eastern) with special solemnity, and to note the unity of prayer with the Holy Father at that time through the homily and Prayer of the Faithful.”

The USCCB adds that the following resources might be useful in planning liturgical celebrations: