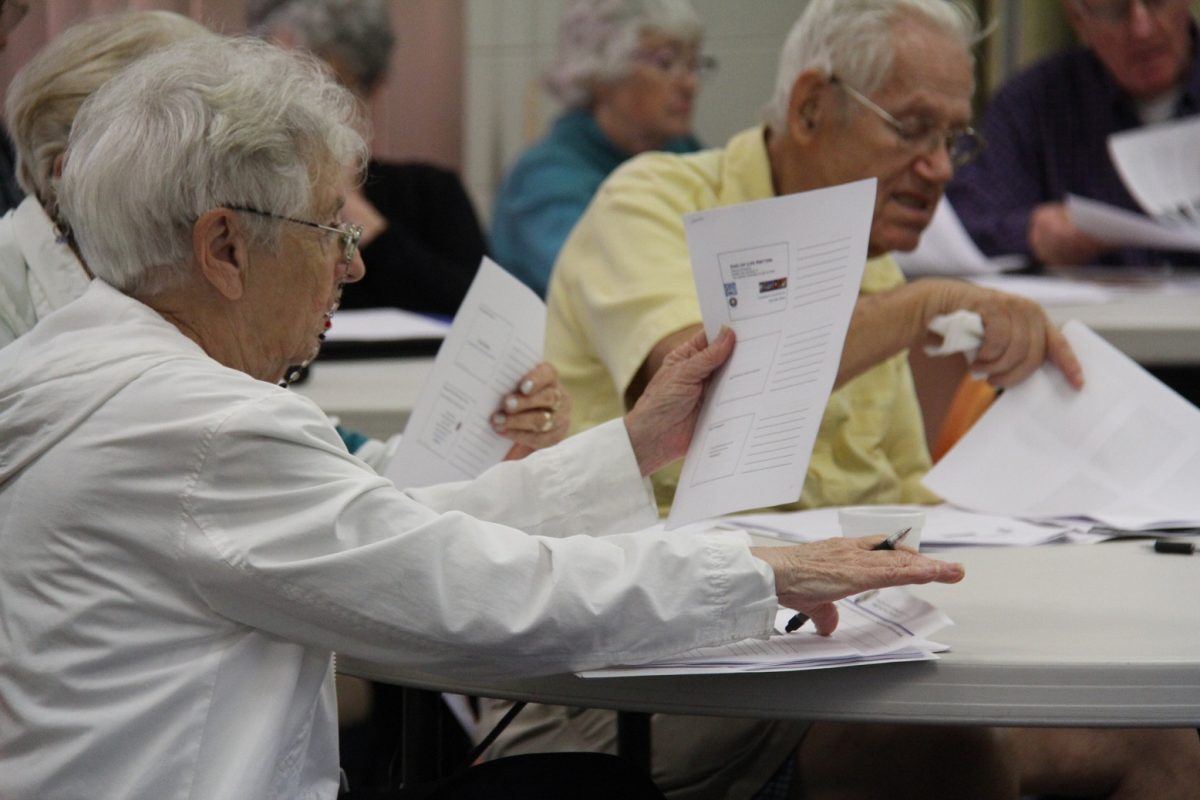 “From the day we’re born we’re starting to die,” acknowledged Joe Dougherty, longtime parishioner of Prince of Peace Parish in Ormond Beach. Dougherty was spending his 78th birthday attending a diocesan seminar on end-of-life issues offered by the Catholic Foundation of Central Florida and the Catholic Charities of Central Florida Office of Advocacy and Justice.

Dougherty grew up in the area and was married at nearby Basilica of St. Paul in Daytona Beach. He and his wife Madalyn attended the workshop with their daughter Heather Dougherty-Harris. Although the Dougherty’s already have a will, he said, “We want to make sure that what we do is beneficial for our children and the people we want to help along the way. So, this is my best way to do it.”

The seminar covered everything from how to avoid probate and Catholic advanced directives to legacy planning. In the morass of choices, one can get overwhelmed. As Catholics, we are called to respect the dignity of life, even at death. Deborah Shearer, director of the Office of Advocacy and Justice, shared personal experience as well as practical advice.

Shearer pointed out that in order for one’s wishes to be clearly stated and carried out, several things are necessary: a will or trust and an advanced directive that includes a health care surrogate designation (authorizing a person to make decisions for an incapacitated patient), a living will (which gives instructions to physicians and caregivers regarding medical care and treatment at the end-of-life) and an anatomical gift designation.

For Catholics in Florida, the Florida Conference of Catholic Bishops has provided a Catholic Declaration of Life and Death which essentially combines the designation of a health care surrogate and living will.

Shearer noted that the main difference in the Catholic Declaration of Life and Death is that it emphasizes that there is a moral obligation “to provide patients with food and water, including medically assisted nutrition and hydration for those who cannot take food orally” extending to “patients in chronic and presumably irreversible conditions,” according to the Ethical and Religious Directives. This is providing that these measures are not “excessively burdensome to the patient or would cause significant physical discomfort.”

“These are not decisions to be made lightly,” said Shearer. “Give it thought, prayer and reflection.”

Workshop participant Johanna Barker, who came with her daughter understood. It has taken her years of gathering information to be in a place where she felt comfortable to address the issues.

Barker said, “I really want to get the freedom to know that I’ve addressed this and not put if off. Who knows how long we have. I am blessed with good health, but my daughter will be the one left to deal with all my omissions and commissions.”

The Dougherty’s daughter agreed. “Preparing ahead of time is important and to handle this objectively now so that it’s not so subjective and emotional and out of context,” she said. “Things get blurred and missed and that is not what they want.”

Shearer also helped clarify common misinterpretations noting Catholics can be cremated, however the Church recommends that the burial of cremated remains occurs without delay and that the ashes are not scattered but kept together in an urn or coffin.

As for organ donation, Pope Francis described the act as “a testimony of love for our neighbor” when he met with the Transplantation Committee for the Council of Europe in 2014, indicating the Church’s support.

The final segment of the workshop addressed legacy planning. Casey Schroder of the Catholic Foundation explained that legacy planning “is not just for you, but also for your family” and can also be a financial benefit, citing charitable gift annuities that draws income for you during your lifetime and has tax benefits. Legacy planning also encourages questions such as where you want the value of your faith to live on and what do you want it to accomplish that reflects your values?

Shearer’s final suggestions were to have conversations with your doctors to be sure that they share and are willing to respect your decisions and to work with your parish bereavement team to plan of your funeral liturgy. Shearer said that her faith is important to her and added, “It’s not just another funeral. It is an experience of my lived faith life and I want that to be the last thing that people remember.”

Visit http://flaccb.org/end-of-life-care to download the Catholic Declaration of Life and Death and to find other resources on End of Life care.