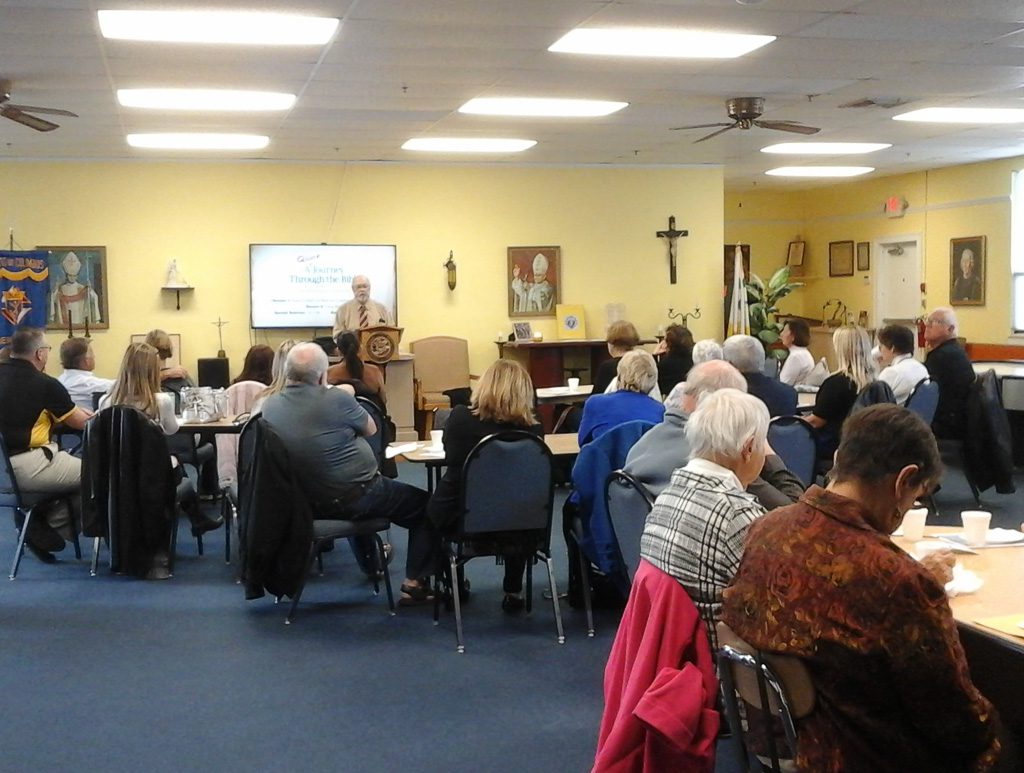 After struggling to grow its youth program, Sacred Heart Parish in New Smyrna discovered more parents were attending than actual youth. So, they regrouped and began Sacred Heart Family Ministry.

Deacon Steve Cooley and his wife Suzanne were leading the youth group and providing catechetical presentations for the parents while they waited for their children. Suzanne recalls, “The ministry began late last year when we realized that a youth group of one wasn’t going to cut the mustard.” Although the youth were no longer coming, their parents still wanted to continue meeting.  “We were getting a lot of young families, so we started looking at their needs,” she said.

They began with a teaching Mass, covering why Catholics do what they do during the Mass and received an enthusiastic response. The ministry has grown to more than 30 families and meets once a month after Mass.

Justin Barker and his wife, Kim, attended the very first session. Barker is a former Franciscan University graduate where he learned much about his faith. He wants the same for his four children ages 9 to 22, so he agreed to help spearhead the new ministry.

“We have a crisis where youth are leaving the church at an unprecedented rate,” said Barker. “Often times Catholics go to Mass and don’t understand the traditions that are fully founded in biblical teaching. They go to Mass and pay for their children to get Catholic education, but they don’t really truly understand the where and why and how. Our faith is so beautifully steeped in tradition, but also in the bible. So my hope is that families will grow closer to the Lord through this.”

Barker hopes that those who are coming because they hunger for powerful worship will understand “you are investing in your faith. And when you read and learn, you’re going to get out of it so much more than you’re putting in. Your kids will understand it and they’ll stick to it.”

by Glenda Meekins of the Florida Catholic – January 10, 2018