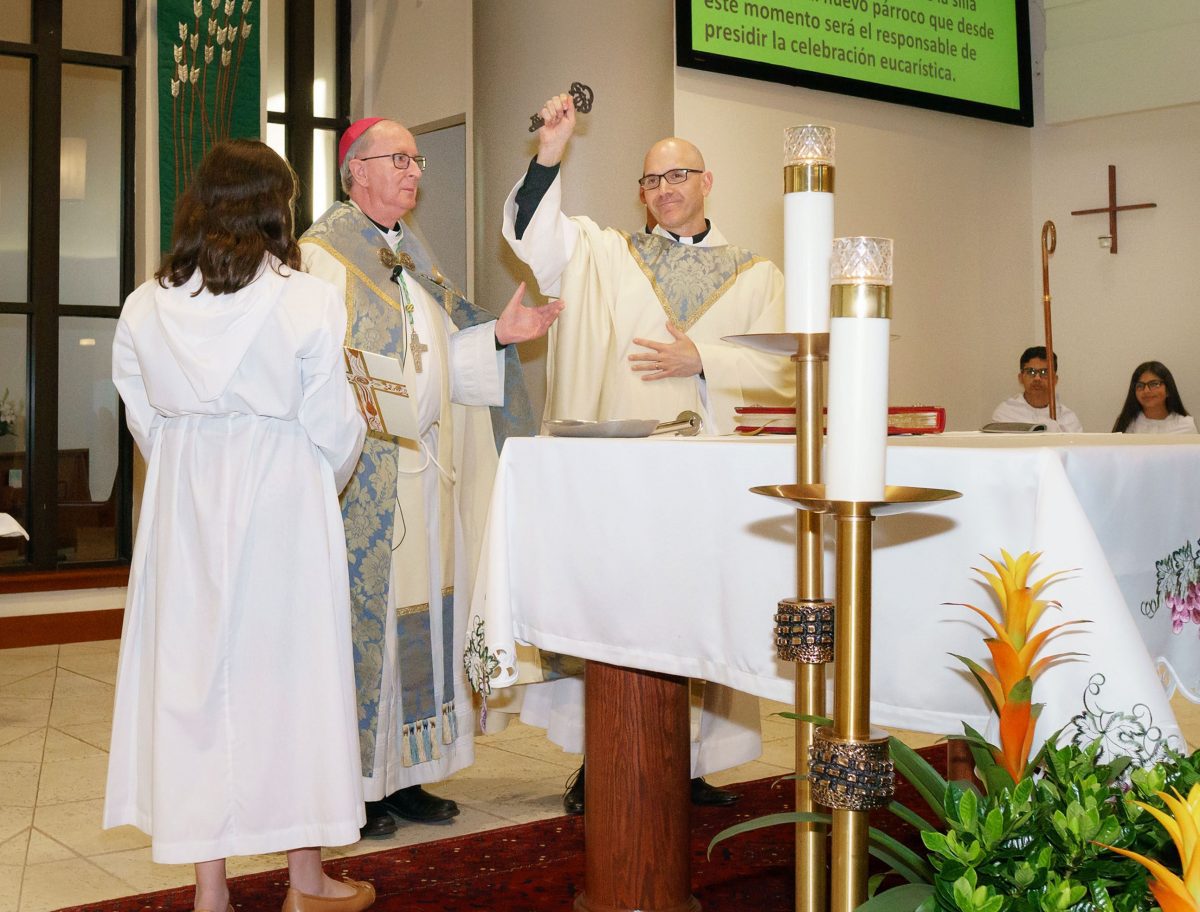 CASSELBERRY |With his hand over his heart and a huge smile on his face, new pastor Father Tomás Hurtado triumphantly raised the keys to St. Augustine parish up to God. “As a priest I know that Jesus calls me to serve everyone, that is why I have always tried to give my respect and love to all people of all ages and cultural backgrounds,” he said after his installation on January 25 in Casselberry. As Father Hurtado frequently tells his parishioners, “We are ALL St. Augustine.” The crowd in the packed sanctuary eagerly rejoiced in the appointment.

Ordained in Santa Clara, Cuba in 2002, Father Hurtado arrived in Orlando in 2005, after serving two years in Miami. He first served the faithful of St. Catherine of Siena Parish in Kissimmee. Later, he moved to St. John Vianney in Orlando and then St. Francis of Assisi in Apopka where he tended to a large immigrant population. He requested incardination and was received officially into the diocese in July of 2016. Shortly thereafter, he went to St. Augustine Parish where he was parochial administrator until his installation as pastor. 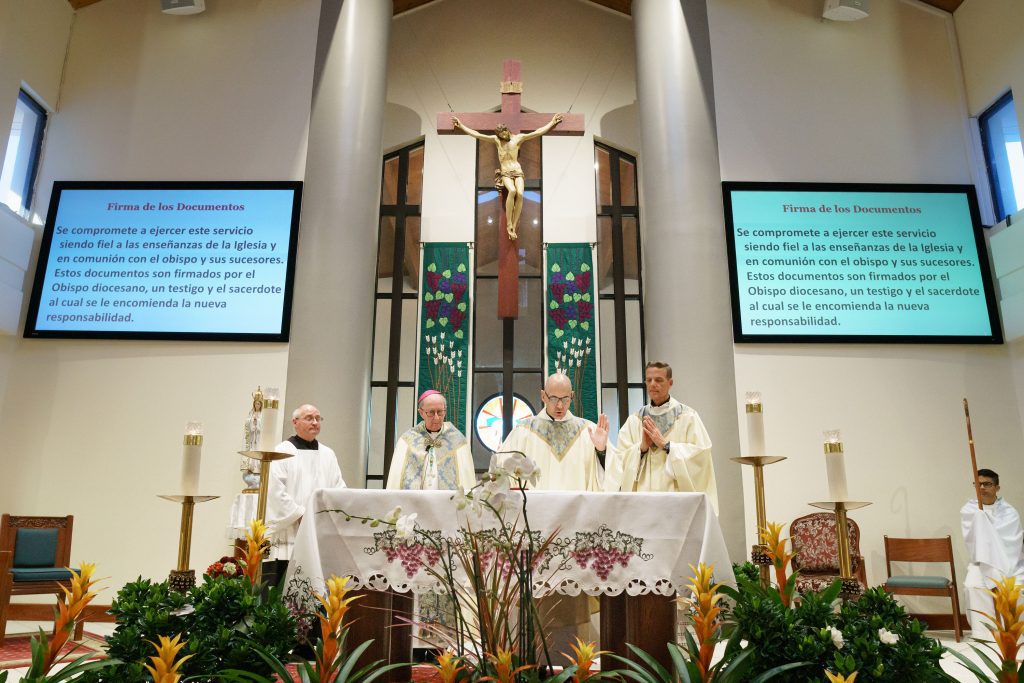 Growing up under the restrictions of a communist regime, Father Hurtado has welcomed the opportunity to serve his community openly and joyfully, without reservation. “What has moved me the most from St. Augustine’s parishioners has been their love and passion for the community, their sense of belonging and their ability to work together when we have had to face challenges,” he said.

Last September he had the honor of celebrating the parish’s 50th anniversary, ushering it into another decade. Of his four years at St. Augustine, he says, “I believe that I have brought my love and respect for the Eucharist, which is the center of our community life… and a joyful experience of meeting a living God.” He added, “I have shared my conviction that as sons and daughters of the same God we are all equal.”

As a pastor, his goal is to “create disciples, Christians committed to being Christ to the world. With St. Augustine’s pastoral council, we have worked on a parish strategic plan for five years. Now that I have been formally installed as pastor, we can finish and start implementing it.”